A December 8 article in The Conversation written by Professor Matthew Lackner of the Mechanical and Industrial Engineering Department describes the state of the art in floating wind turbines. The article, which is being widely distributed in magazines and websites across the country, explains how floating wind turbines work and illustrates why they are becoming increasingly deployed in deep offshore waters around the world.

In his article, Lackner explains that floating wind farms were recently approved off the coast of California, which has some of the strongest offshore winds in the U.S., but where the continental shelf drops off quickly, making traditional wind turbines, built directly on the ocean floor, costly if not impossible. In that context, floating wind turbines have become ever more popular for deep waters off California and elsewhere.

As Lackner writes, “Once water gets more than about 200 feet deep—roughly the height of an 18-story building—these “monopile” structures are pretty much out of the question. A solution has emerged that’s being tested in several locations around the world: wind turbines that float.”

Lackner says that on December 7, 2022, the federal government auctioned off five lease areas about 20 miles off the California coast to companies with plans to develop floating wind farms.

As Lackner explains, “A floating wind turbine works just like other wind turbines—wind pushes on the blades, causing the rotor to turn, which drives a generator that creates electricity. But instead of having its tower embedded directly into the ground or the seafloor, a floating wind turbine sits on a platform with mooring lines, such as chains or ropes, that connect to anchors in the seabed below.”

Lackner adds that “These mooring lines hold the turbine in place against the wind and keep it connected to the cable that sends its electricity back to shore.”

According to Lackner, most of the stability of such turbines is provided by the floating platform itself. “The trick is to design the platform so the turbine doesn’t tip too far in strong winds or storms,” he writes.

In his article, Lackner observes that “Once built, wind farms in those five areas [off the coast of California] could provide about 4.6 gigawatts of clean electricity, enough to power 1.5-million homes, according to government estimates. The winning companies suggested they could produce even more power.”

Lackner ends his essay with a word to the wise. “While floating offshore wind farms are becoming a commercial technology, there are still technical challenges that need to be solved. The platform motion may cause higher forces on the blades and tower and more complicated and unsteady aerodynamics. Also, as water depths get very deep, the cost of the mooring lines, anchors, and electrical cabling may become very high, so cheaper but still reliable technologies will be needed.”

Offshore wind energy, with a particular focus on the aerodynamics and structural control of floating offshore wind turbines. 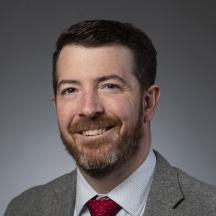