Office of News and Media Relations

The Office of News and Media Relations, which received the 2022 Chancellor's Citation Award for outstanding performance, works closely with journalists and the campus community to provide the latest information about faculty and student achievements, the university's programs and policies, research accomplishments and community outreach efforts. Emergency management communications are directed by our office.

If you are a journalist in need of an expert to comment on breaking news or to provide insight for a feature or opinion piece, contact our office. We'll draw upon our knowledge of the university's nearly 1,300 full-time faculty to match you with recognized authorities in their fields. 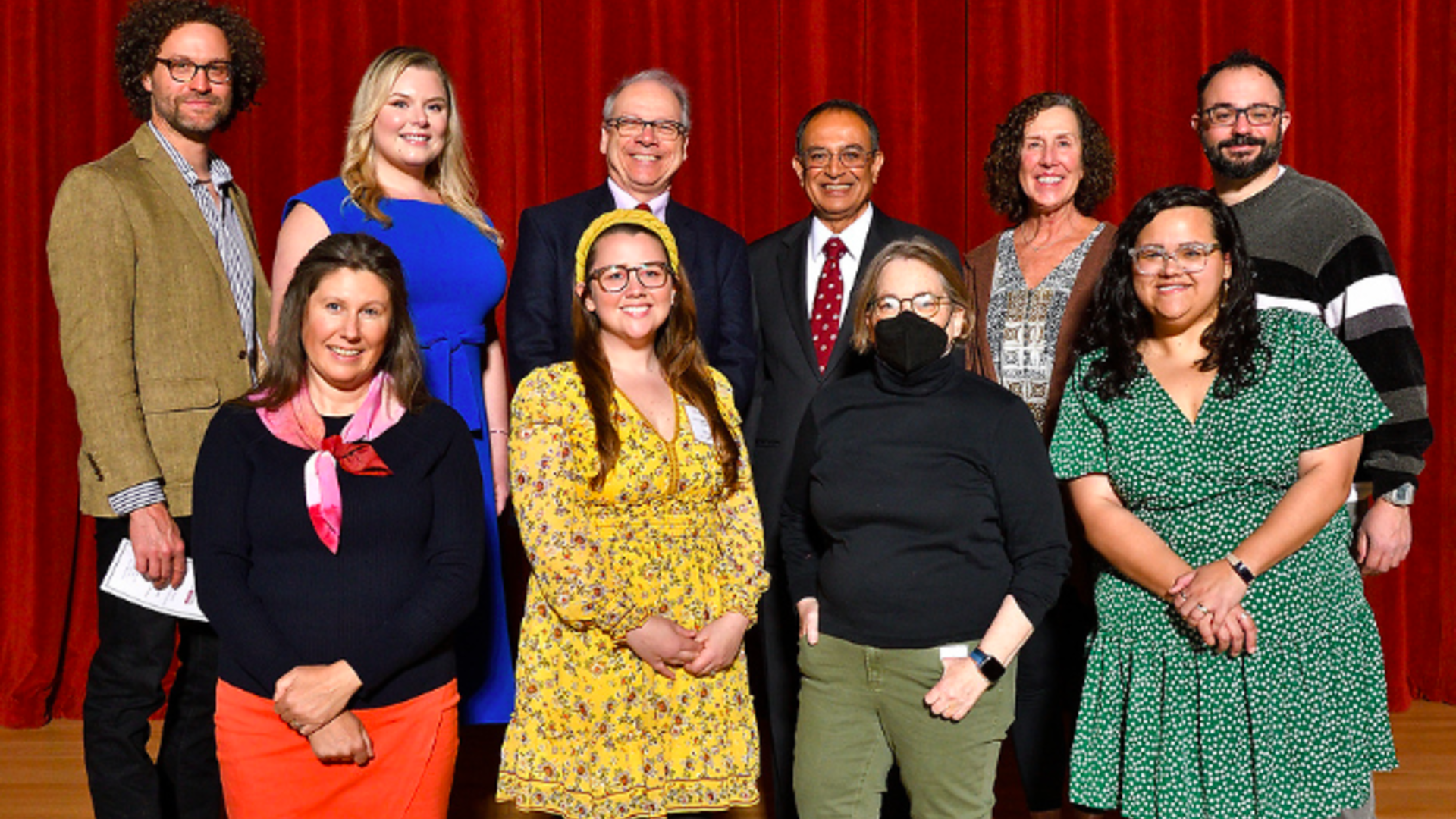 Beyond the call of duty

Nominated by Vice Chancellor for University Relations John Kennedy, the Office of News and Media Relations was awarded the 2022 Chancellor’s Citation Award in recognition of the office's outstanding performance "beyond the call of duty." 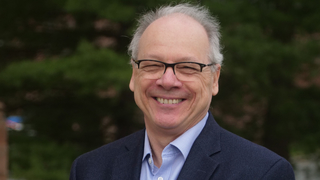 Ed Blaguszewski has more than three decades of professional communications experience and since 2004 has directed the News and Media Relations Office at UMass Amherst, one of the nation’s leading research institutions and the Commonwealth’s flagship public university. His portfolio includes promotion of groundbreaking discoveries and major events, emergency management and crisis communications, and video storytelling. A native of Cambridge, Mass., and a graduate of Boston University, he worked for 13 years as a journalist, including stints as weekend news editor of the Sunday Republican in Springfield, Mass., and editor-in-chief of a New Hampshire weekly, The Monadnock Ledger. He has done award-winning work in feature writing and page design, and staff under his direction have earned honors for spot news and investigative coverage. His career in higher education began as a national media relations consultant, representing leading public and private colleges including The College of William and Mary, Texas A&M University, Bucknell University, and the Owen Graduate School of Management at Vanderbilt University. Subsequently, he worked in Pennsylvania at Allegheny College as director of public information and at Penn State Erie as director of university relations. He is a past president of the College and University Public Relations Association of Pennsylvania. 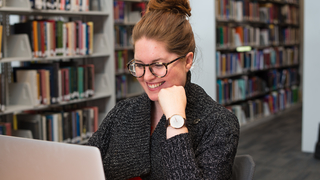 Louise Coburn has over two decades of professional communications and marketing experience with 10+ years dedicated to directing social media strategy in higher education. Louise joined the News and Media Relations Office in September 2022 as the Director of Social Media. She was a recipient of the Maine Broderson gold award for content creation and is a national conference speaker on reputation management on social media. Louise is a native of Ireland and is a graduate of the University of Southern Maine. 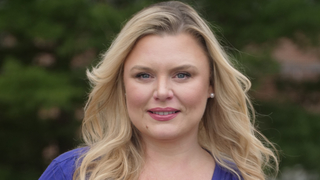 Heather Duggan joined the News and Media Relations Office in February 2019 as the associate news editor for internal communication. Before joining the news office, she was a communication and marketing specialist for the College of Nursing at UMass Amherst. Her previous experience includes work in television news in Springfield, Mass. and as a Washington D.C. correspondent for several network affiliates in Texas. She has also worked for marketing groups based in Boston and New York. She graduated from the College of the Holy Cross with a B.A. in German studies and with an M.S. in broadcast and digital journalism from the Newhouse School of Public Communication at Syracuse University. 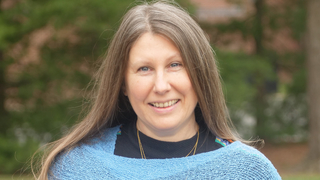 Kyle joined the News and Media Relations Office in May 2020. Previously, she worked at UMass Amherst IT. A multimedia content producer, strategic communicator and media consultant, Olga has a background in video production and post-production, motion graphics design, content marketing, interactive media production, audience engagement and monetization strategies. She is also an Apple and Adobe Certified Trainer and a media educator with years of teaching and consulting experience. Prior to UMass, Olga worked at the Missouri School of Journalism and the Reynolds Journalism Institute, produced a video program for PBS, worked as a producer for CNN International and several TV stations in the U.S. and Europe. Olga continues to put her graduate and post-graduate degrees in Journalism (Missouri School of Journalism) and Marketing (Cornell University) to use by teaching part-time at the UMass Journalism program and consulting for several European Union programs and foundations. 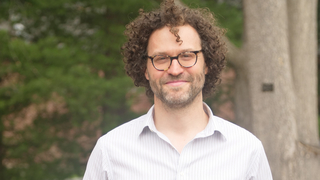 Daegan Miller joined the News and Media Relations Office in February, 2021 as the associate news editor for science. Before coming to UMass, Daegan was the outreach and communications manager for the NASA Health and Air Quality Applied Sciences Team headquartered at the University of Wisconsin-Madison. He holds a Ph.D. in environmental history and the history of science from Cornell University. 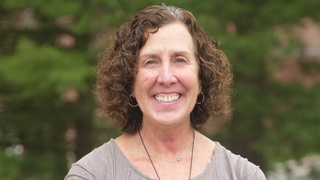 A member of the New and Media Relations Office since October 2017, Nancy began her university service in 1986 with the UMass President’s Office, where she worked for 20 years in the Information Technology Services department as a desktop support specialist. Since then she has worked as a graphic arts technician in Telecommunications, and a technical writer and trainer in IT Student Systems. 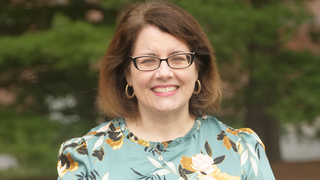 Melinda Rose joined the News and Media Relations Office in August 2021 as the associate news editor for engineering. Before coming to UMass, Melinda worked in the marketing department at Elms College in Chicopee for nearly eight years. Prior to that, she worked as senior editor for Photonics Media, a publisher of magazines covering optics, lasers, imaging, and other light-based technologies in industries ranging from communications and information processing to aerospace, manufacturing, transportation, biomedicine and agriculture in the US and Europe. Melinda has experience in webinar and video production, graphic design, public relations, and newspaper journalism. She was the recipient of a Maine Press Association award for investigative journalism and a PBS Advertising and Promotions award for publicizing a science-based educational series as a PR professional at Maine Public Broadcasting. She earned her B.A. in journalism at the University of Maine at Orono and her MBA in management at Elms College. 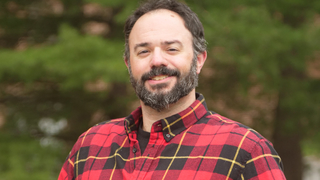 Jared Sharpe joined the News and Media Relations Office in November 2012.  Previously, he spent nearly a decade as a literary publicist for Media Connect (formerly Planned Television Arts), a division of The Ruder Finn Group, securing national media interviews for best-selling authors, Hall of Fame athletes and coaches, and corporate executives.  He graduated from Boston University in 2000 with a B.S. In communication. 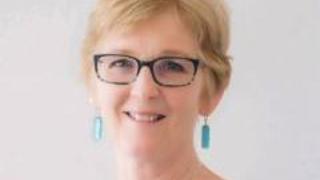 Patty Shillington joined the News and Media Relations Office in January 2019. A seasoned journalist and corporate communicator, she worked as a staff writer and editor for The Miami Herald for more than 20 years. She received the Educational Press Association of America’s Distinguished Achievement Award for her reporting on book-banning and censorship, and the Florida School Board Association’s Media Award for Excellence in Education Reporting, among other honors. After leaving The Herald, she served as the senior writer and editor for the largest not-for-profit healthcare organization in South Florida, specializing in medical content. In the decade before joining UMass Amherst, she ran her own writing/editing and communications business, serving a broad range of clients with a diverse set of needs. She earned a B.S. in journalism from the University of Florida. 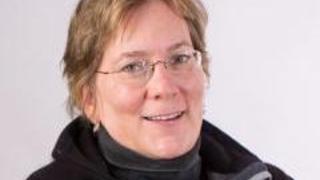 Nina Sossen joined the News and Media Relations Office in 2014 after 11 years managing the UMass Amherst homepage and other campus websites. She previously worked as an interactive media producer at the Hiebing Group , a marketing, advertising and public relations agency in Madison, Wisconsin. Previously, she held dual appointment at the University of Wisconsin-Madison and at Wisconsin Public Television where she developed the network’s online presence and won the PBS award for best national website, and led the broadcast graphics team. She earned a B.A. in history from Reed College and an M.B.A. from UMass Amherst. 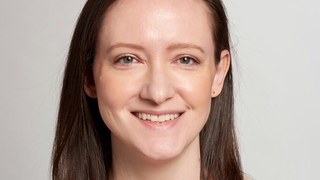 Angelyn Thornton joined the News and Media Relations team in 2022 as Associate News Editor/Social Media. Before coming to UMass, Angelyn worked in marketing and outreach at Icahn School of Medicine’s Levy Library. Prior to that, she was a freelance social media specialist and held administrative positions at New York University and New York Film Academy. She graduated from The Catholic University of America with a B.A. in Drama.