The Institute of Electrical and Electronics Engineers (IEEE) has selected Professors Tilman Wolf and Qiangfei Xia of the Electrical and Computer Engineering (ECE) Department to the distinguished grade of Fellow, “a distinction reserved for select IEEE members whose extraordinary accomplishments in any of the IEEE fields of interest are deemed fitting of this prestigious grade elevation.” According to the IEEE, Wolf was elected as an IEEE Fellow “for contributions to design of network processors and in-network processing services,” while Xia was chosen “for contributions to resistive memory arrays and devices for in-memory computing.”

Beyond his position as ECE professor, Wolf also serves as the UMass Amherst Senior Vice Provost for Academic Affairs and the Associate Chancellor for Space and Capital Planning. Wolf’s responsibilities include space assignments and capital projects, academic personnel reviews, and technology for the new UMass Flex initiative.

Previously, as the Associate Dean of Engineering, Wolf led the efforts to establish a new Biomedical Engineering Department, for which he served as interim department head. He also developed a training program for graduate students who teach the college-wide freshman seminar.

Wolf is engaged in research and teaching in the areas of computer networks, cybersecurity, and embedded systems. He is a co-author of the book Architecture of Network Systems and has published extensively in peer-reviewed journals and conferences. His research has been supported by grants from the National Science Foundation (NSF), Defense Advanced Research Projects Agency (DARPA), and industry. He has taught numerous courses on computer networks, embedded systems, machine learning, and digital design.

Among many other honors, Wolf has served as a Fulbright Specialist in the Bureau of Educational and Cultural Affairs at the U.S. Department of State since 2019, he was a Distinguished Lecturer in the IEEE Communications Society from 2014 to 2017, and he received an NSF CAREER Award in 2005.

Wolf earned his B.S. from the University of Stuttgart in Germany and his M.S. and Ph.D. from Washington University in Saint Louis.

Xia received his Ph.D. in Electrical Engineering from Princeton University, where he received the Guggenheim Engineering Fellowship (a graduate fellowship from Princeton). He then spent three years as a research associate in the Hewlett Packard Laboratories in Palo Alto, California, and joined the ECE department in 2010.

With his team, Xia recently developed a reliable multilevel resistance-switching device that meets most of the required device properties for in-memory computing in artificial neural networks. The Xia team has also created the world’s smallest memristive devices in a crossbar circuit (2 nm feature size, 6 nm half-pitch) and the tallest 3D crossbar array (8 layers, featured as the cover of Nature Electronics) as a convolutional neural network for video processing.

Furthermore, Xia integrated the largest analog memristive crossbar arrays at the time of publication (featured on the inaugural cover of Nature Electronics) and demonstrated a wide variety of applications in analog computing, machine learning, and hardware security.

Beyond those accomplishments, Xia debuted the first nanoscale memristive RF switch with superior performance and a few novel hardware security primitives, such as a robust true random number generator.

Engaged in research and teaching in the areas of computer networks, cybersecurity, embedded systems, and machine learning. 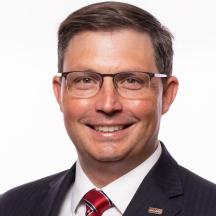