Faculty, students and alumni from the University of Massachusetts Amherst’s Stockbridge School of Agriculture, as well as local arboriculture experts from private industry and local onlookers, gathered together recently to save an ancient American Elm from succumbing to Dutch Elm Disease, a fungal infection that has wiped out tens of millions of American Elms since first being introduced to the US in 1928.

The historic Grayson Elm, in Amherst, Mass., is one such tree: 80 feet high and more than 17 feet in circumference, the tree was already very old when, in the early 20th-century, Ray Stannard Baker bought the meadow across the street from his house in order to preserve the tree.

Baker was one of the early 20th-century’s crusading investigative journalists, taking on everything from racism to unfair labor practices. Under the pen name David Grayson, he was also a best-selling author of books about rural life, including one called “Under My Elm: Country Discoveries and Reflections.”

“A tree like this,” said Ryan Mange, UMass Stockbridge alum and arborist at Northeast Tree Care, a local company which donated the time and materials for the treatment, “should get treated every two years to protect against Dutch Elm Disease.” Mange had been contacted by members of the Alpha Tau Gamma Fraternity, who, for the past two decades, have been monitoring the tree and periodically raising money for its treatment.

Alpha Tau Gamma membership is comprised of students affiliated with the Stockbridge School of Agriculture, and when they noticed that the elm was showing signs of stress, they contacted Mange. “We knew it was time to treat the tree,” said ATG members Sean Climo and Will Humberstone. “A few of our alums work at Northeast Tree Care, and so we reached out.”

The treatment was also the perfect opportunity for Kristina Bezanson’s Commercial Arboriculture class to get a hands-on feel for what it’s like to save such a tree. Bezanson’s class is part of a 2-year degree in arboriculture, which is designed to quickly get students skilled and employed. “UMass’s roots are in agriculture,” said Bezanson as students readied injection sites low on the tree’s trunk. “It’s so important to bring them out into the field to complement their classroom, scientific training.”

Treatment involved boring 24 pencil-sized holes into the tree’s trunk, inserting injection ports, and pumping in 4 – 5 liters of diluted fungicide. Rob Gorden, director of urban forestry and business development at Arborjet, the company that makes the equipment and fungicide used to save the Grayson Elm, handed drills, mallets and hardware to the Stockbridge students, guiding them in how to gently and effectively treat the elm.

“The roots of UMass are in agriculture,” said Bezanson, and now, thanks to those roots, the Grayson Elm will live to shade the next generation of Amherst residents. 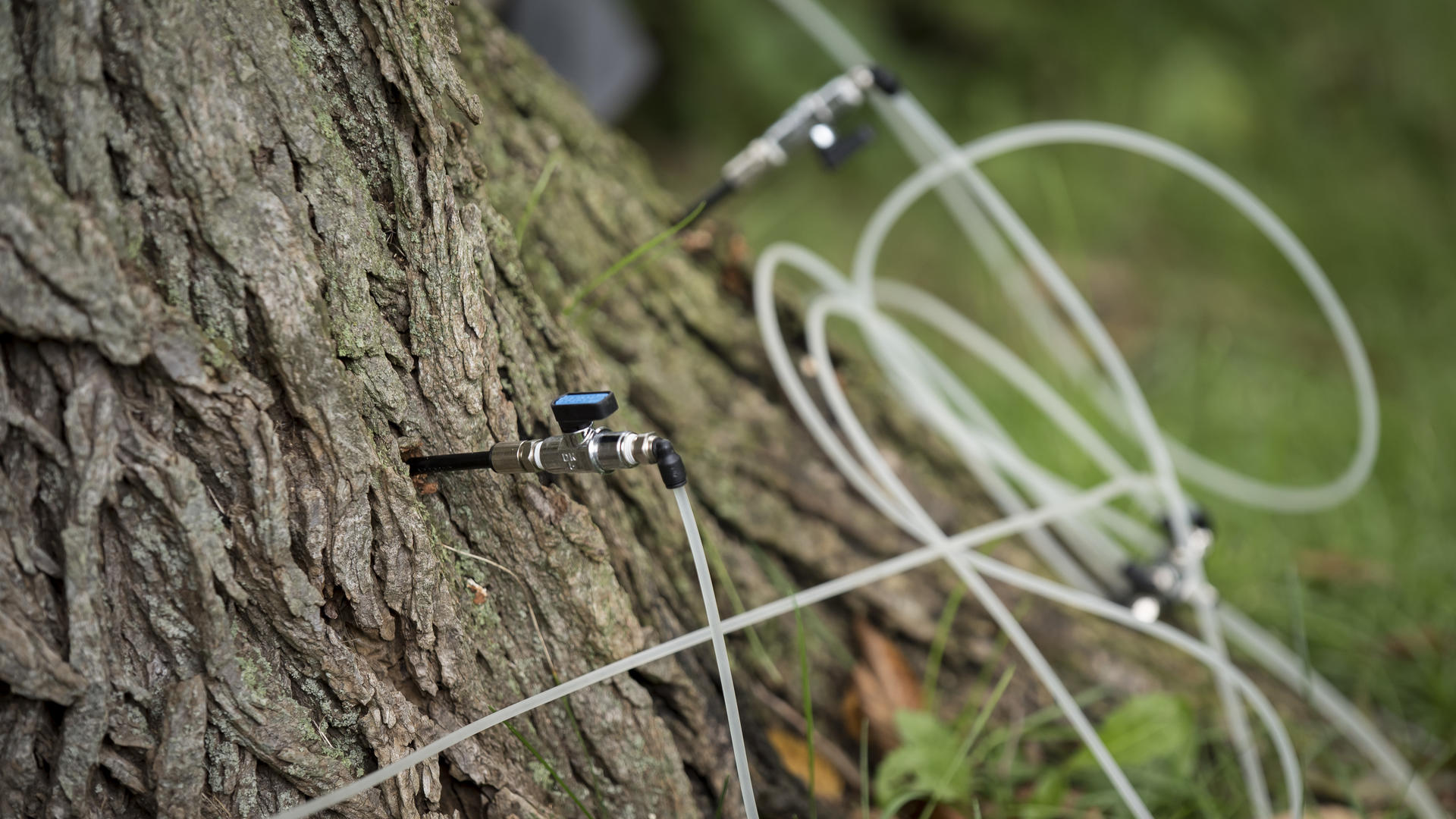 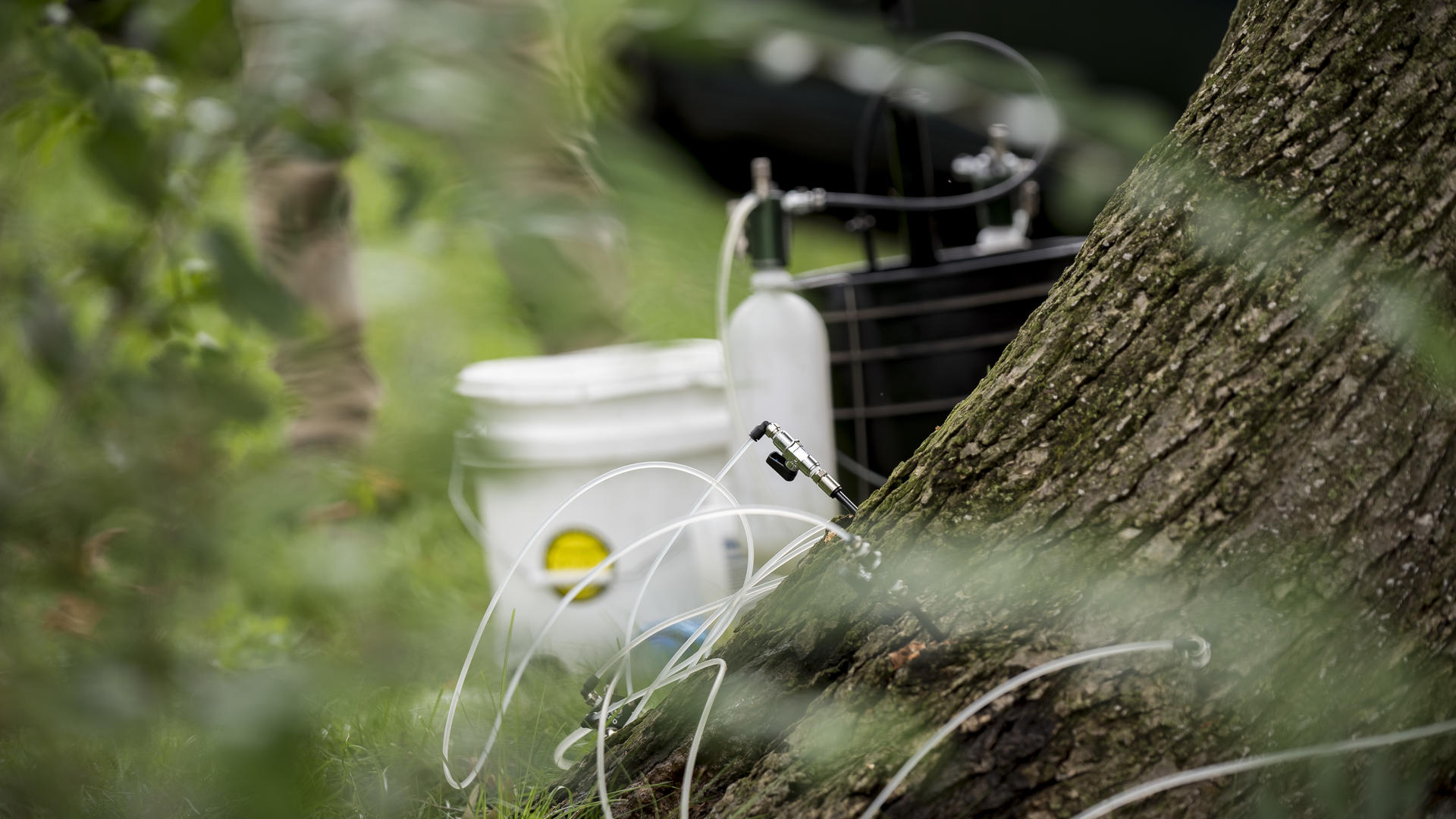 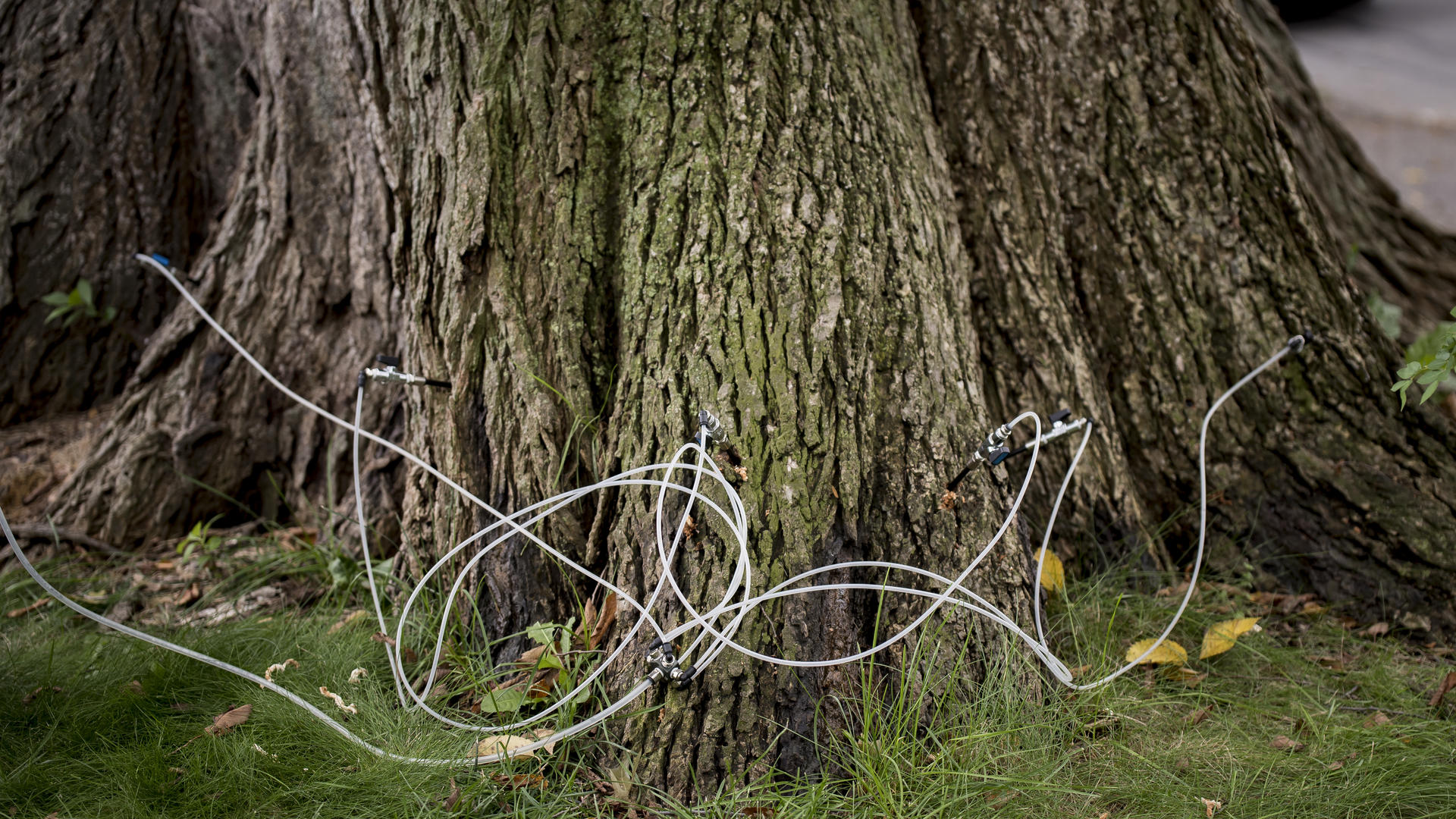 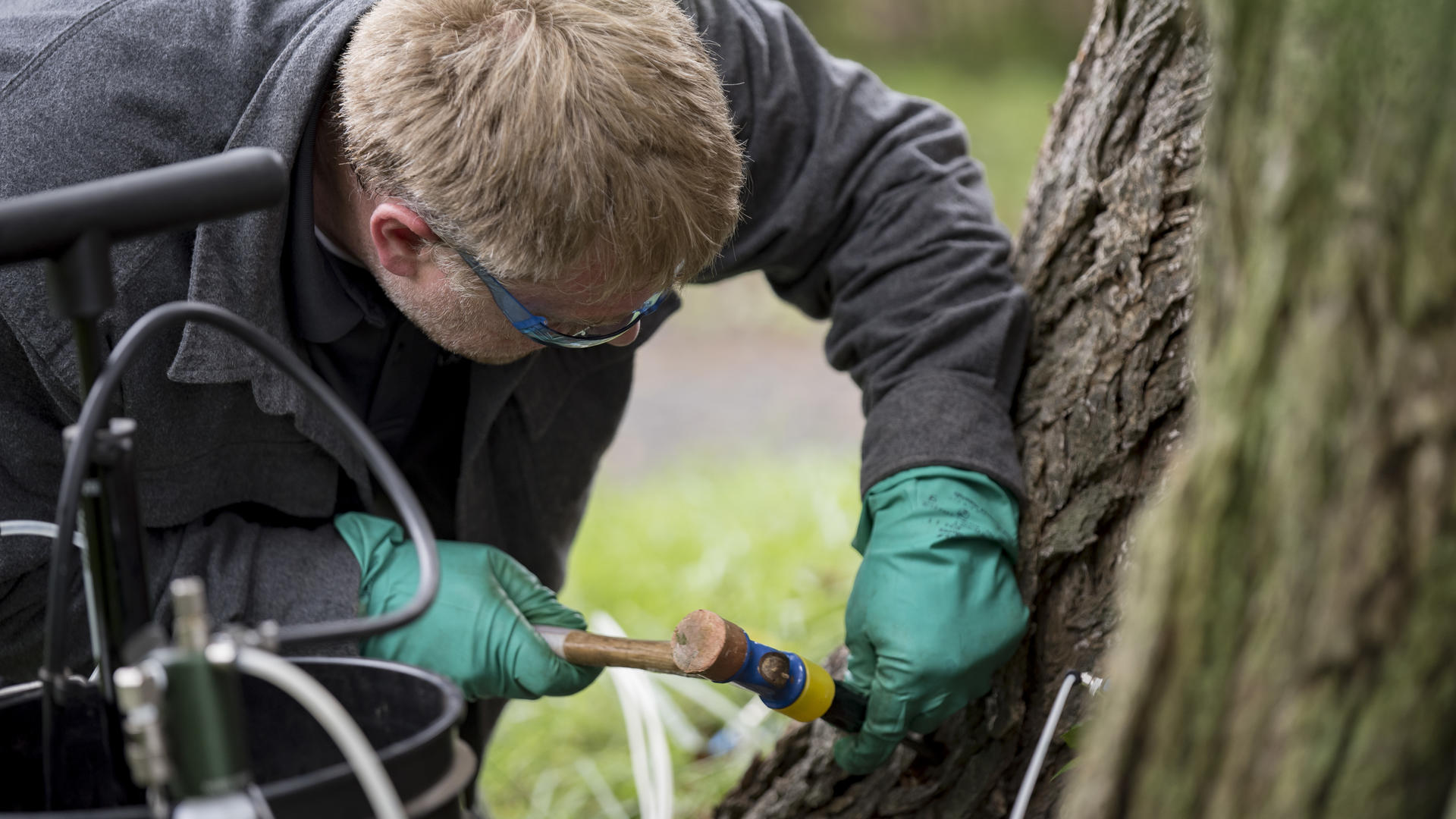 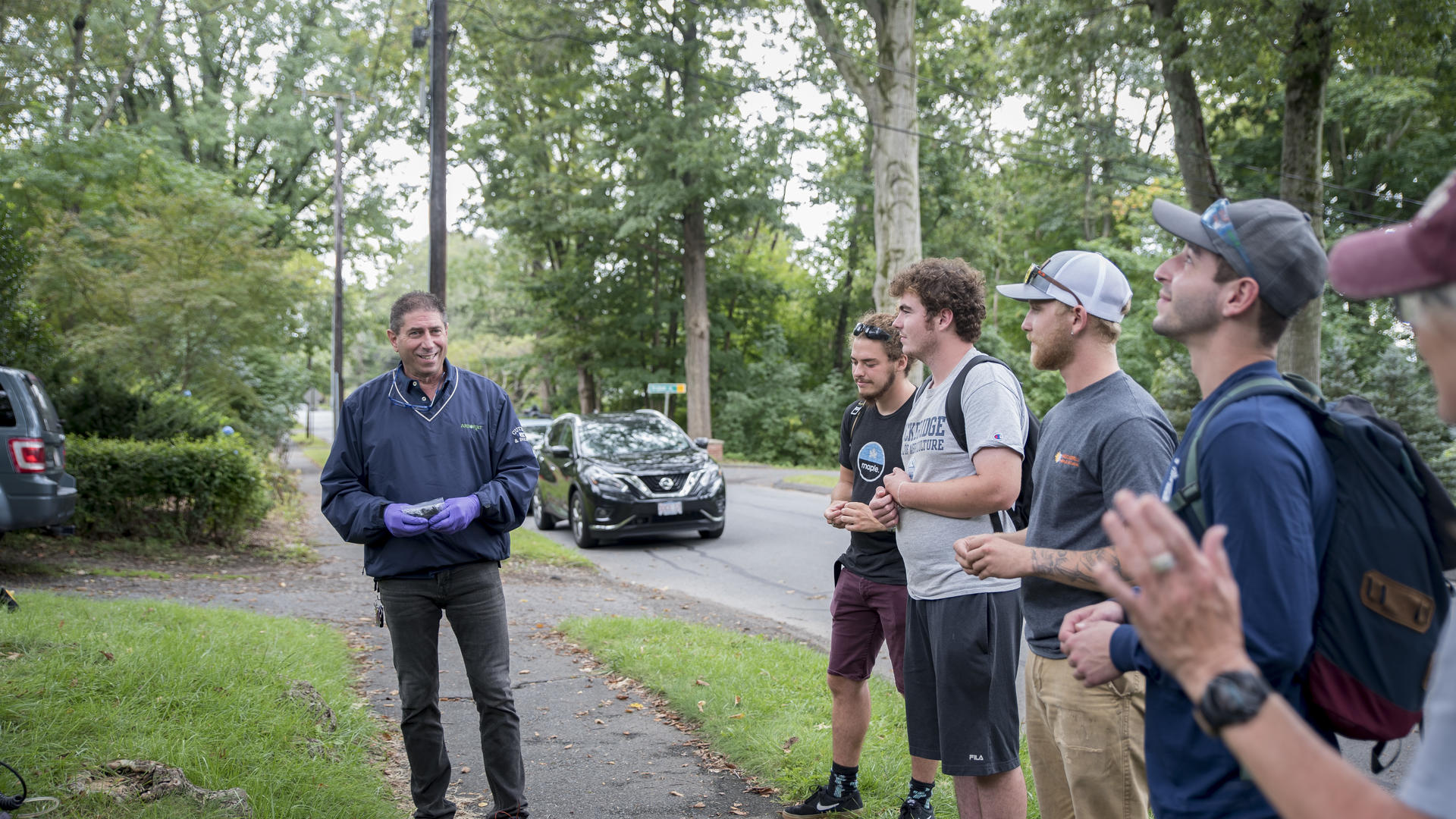 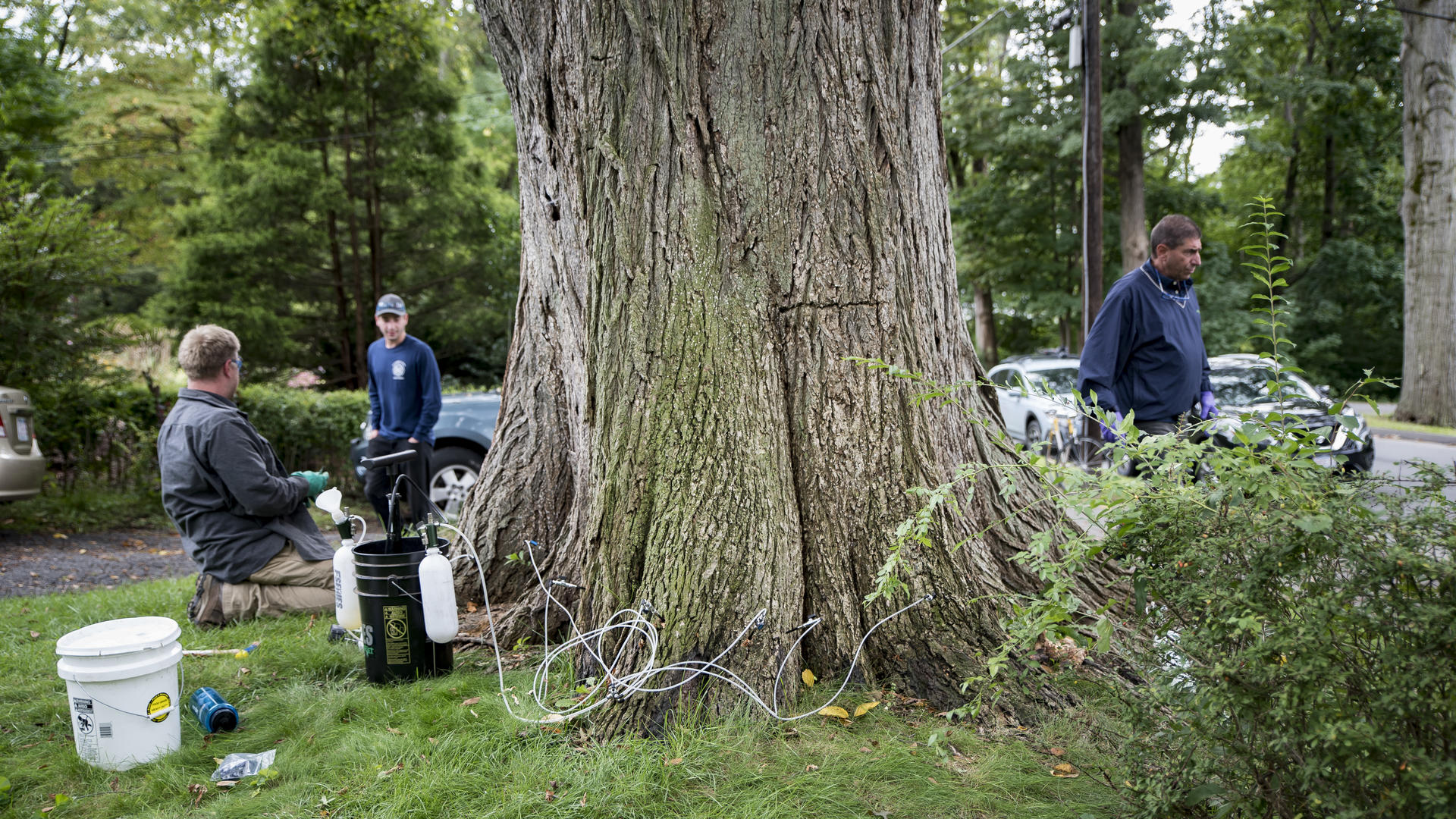 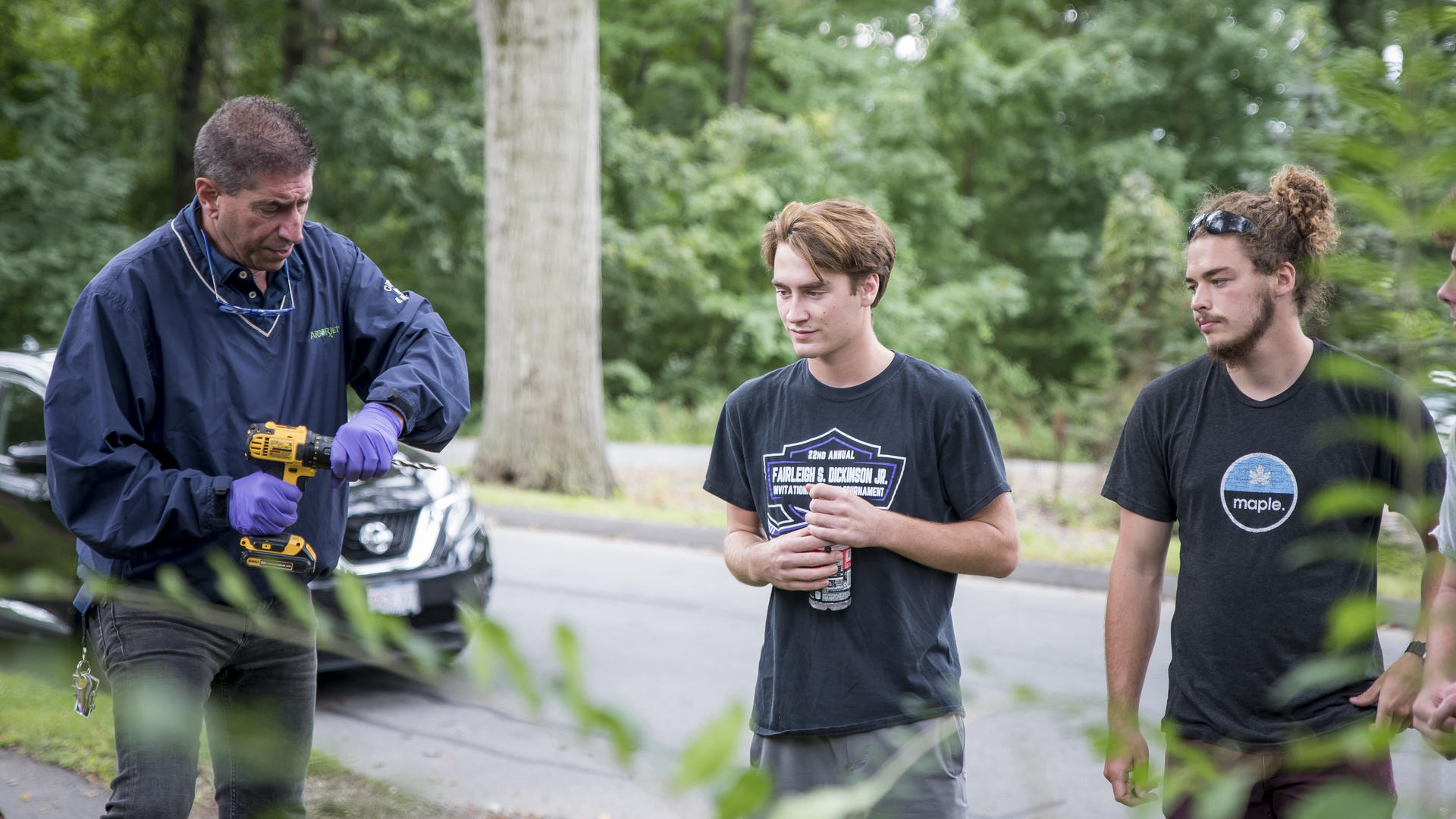 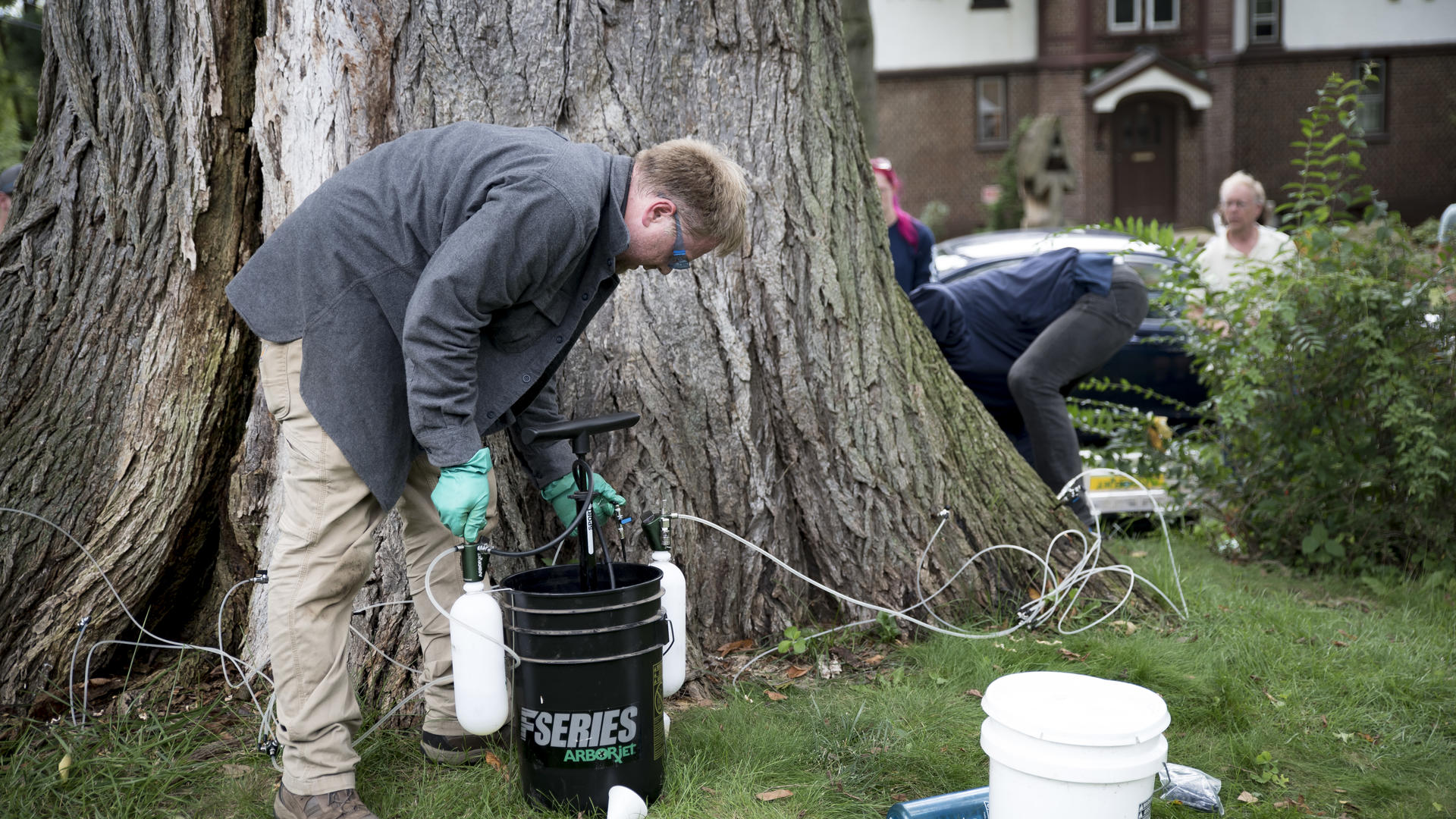