An Orchard Hill residence hall is named for an author who never quite existed. 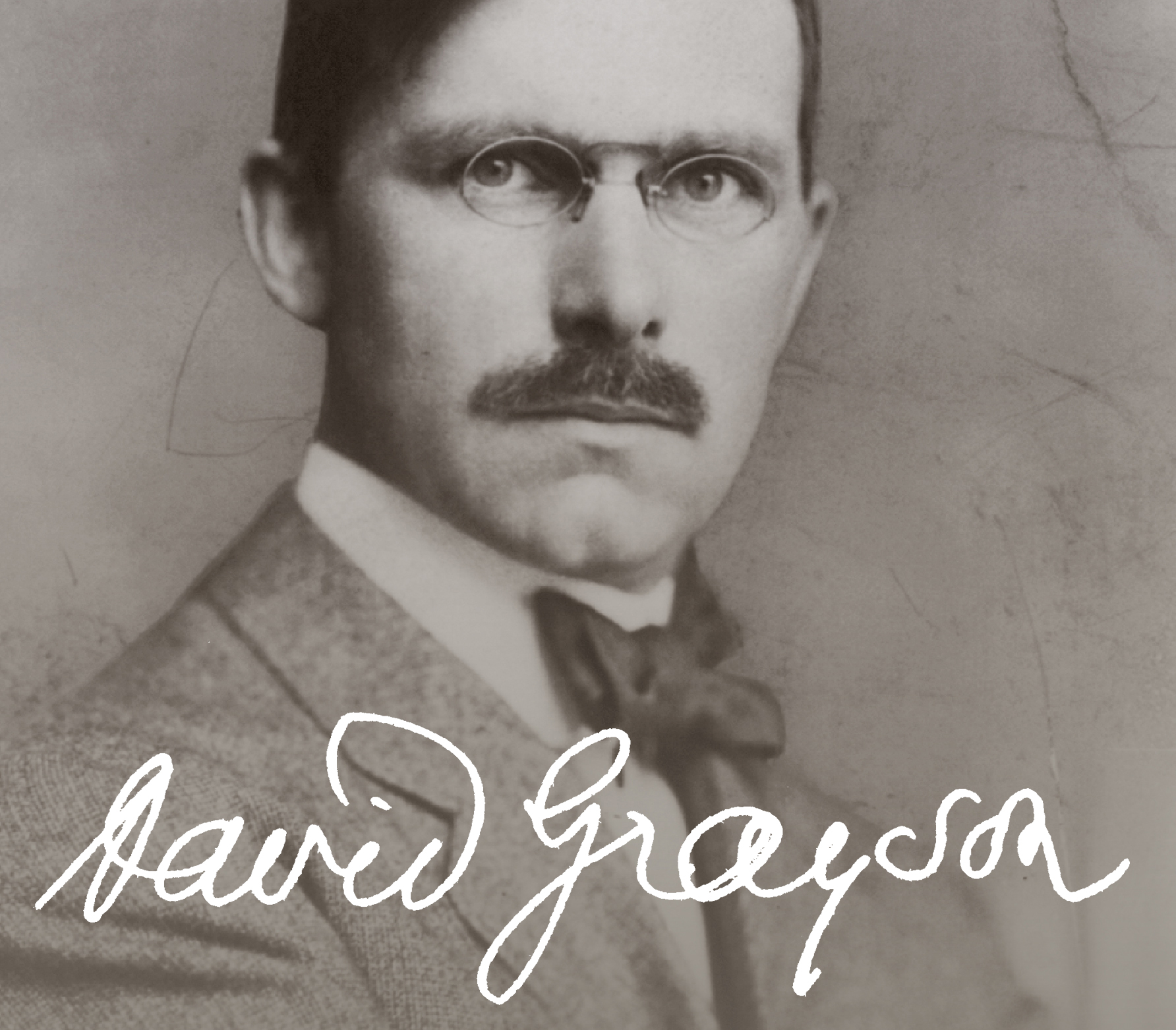 Photo courtesy of the Library of Congress

A century and more ago, his was a household name. In 1906, a series of essays by one David Grayson began being published in the popular McClure’s Magazine. These seeming memoirs portrayed a well-read urbanite in happy exile from the city, living on a modest farm. He finds inherent wisdom, nobility, and good fellowship in every farmer, blacksmith, and tramp he encounters. He espouses a vague, sunny brotherhood of man and a life of limited ambition and limitless joy. He never pines for Gotham’s gaudy diversions and hollow pretenses.

Grayson seduced an American public rapidly (and often reluctantly) becoming urbanized. His fans began forming David Grayson clubs and calling themselves Graysonians. “A true Graysonian,” one club brochure gushed, “will stop and retrace his steps to help an unknown brother find a lost bolt, and then drive out of his way to take this unknown brother home. He will give a hearty handshake when introduced to a stranger, and he will smile into the face of the sorrowing one with a smile of sympathy and understanding.”

Not everyone bought it. “Mr. Grayson’s sentimentality,” wrote the merry misanthrope H. L. Mencken, “often descends to the maudlin. I fail to respond to his enthusiasm for yokels, his artful forgetfulness that the country is dull, dirty, and uncomfortable, and that countrymen are stupid and rascally.”

Mencken’s, characteristically, was a minority opinion. There were to be nine Grayson volumes over the years, with titles like Adventures in Contentment, Adventures in Friendship, and The Friendly Road. But as the years passed, Graysonians began wondering why their guru never showed his face. At least six imposters tried to fill the void.

Speculation as to the man’s true identity ran rife. In 1913, the New York Post put forward an unlikely candidate: the investigative reporter Ray Stannard Baker, one of those energetic exposers of evil that Teddy Roosevelt had dubbed the Muckrakers. Baker had covered the bloody Pullman railcar strike of 1894 and the exploitation of African Americans in Georgia arrested on trumped-up charges and forced onto for-profit chain gangs. He had interviewed the likes of socialist presidential candidate Eugene Debs and the malign meatpacking magnate J. Ogden Armour. Graysonians scoffed: how could such a man have ever walked the Friendly Road, never mind become its great celebrant?

Three years later, Baker admitted to being Grayson. Graysonians struggled to take in the news, but it wasn’t easy. Baker didn’t live on a farm at all, but was comfortably ensconced in a handsome home on Sunset Avenue in Amherst, Massachusetts. Grayson fans, knocking on the door, discovered to their disgust that, unlike the freewheeling bachelor Grayson, Baker had a wife and family.

He otherwise broke character by continuing to produce serious work of a high order, including a Pulitzer Prize–winning biography of Woodrow Wilson, and mingling with Amherst’s social and intellectual elite. (Among the latter was his brother Hugh P. Baker, who between 1933 and 1947 served as president of Massachusetts State College, precursor of today’s UMass Amherst.)

Baker fretted that he might end up better remembered for the Grayson books than his soberer stuff. He claimed, however, to have written them for the release and joy they gave him, and, in fact, their spirit was integral to a good part of his. As a child on the Wisconsin frontier, Baker had gotten to know and enjoy the company of lumbermen, rogues, and other marginal types. As a young man in Chicago, he learned firsthand how to get by with little. His empathy for simple folk was real enough. So was his love of nature, which he indulged in Amherst by keeping bees, cultivating a fruit orchard, and devoting a chapter in one of his books to the economics of growing onions.

The Baker/Grayson duality was never resolved. At his death in 1946, Baker was preparing another Grayson book, Adventures in Mysticism. He was buried in Amherst’s Wildwood Cemetery.

Within a decade, however, what was by then the University of Massachusetts chose to honor him by bestowing his name on one of its new residence halls. A Baker Hall, named for brother Hugh, already existed, so it was decided to call this one Grayson Hall. It is part of the Orchard Hill residential complex, built on what had been the campus’s fruit orchard.

Baker might have appreciated the gesture. Grayson would surely have preferred the orchard.

This article is derived from the research of Nick Grabbe, a retired Amherst journalist.

History of UMass
Back to top