Deoxydehydration (DODH) is a promising class of chemical reactions for converting sustainable, biomass-derived, diol chemicals into olefins, which are important building blocks for other chemicals, plastics, and fibers but are currently produced primarily from fossil resources. The problem with this environmentally sound DODH class of chemical reactions is that it currently lacks efficient catalysts to make the process feasible. To solve this dilemma, Professor Friederike Jentoft of the UMass Chemical Engineering Department is working with an Israeli team on a pioneering research project funded by a $362,687 grant from the National Science Foundation (NSF) and the U.S-Israel Binational Science Foundation (or BSF) to advance fundamental understanding of DODH catalysis.

Principal investigator Jentoft and her UMass team will collaborate with Chemical Engineering Professor Oz M. Gazit and his lab at the Technion - Israel Institute of Technology in Haifa to use the knowledge, insights, and understanding gained by the NSF-BSF project to design more efficient DODH catalysts and ways of best deploying those catalysts in real-world chemical manufacturing processes.

The grant, created through a memorandum of understanding between the NSF and BSF, came about after several years of interactions and collaborations between Jentoft and Gazit, catalyzed in 2017 when Jentoft attended the 8th Eastern Mediterranean Chemical Engineering Conference at Technion in Haifa.

That conference led to a meeting of the minds between Jentoft and Gazit, joined by their interlocking research interests. The main goal of the Jentoft lab is to understand how catalytic reactions proceed and how performance of a catalyst is linked to its composition and structure, while the Gazit lab develops new catalytic materials to promote energy efficient and environmentally friendly chemical processes.

As one result of that conference, Jentoft and Gazit collaborated on a 2018 proposal and received a $385,416 grant from the NSF-BSF program. The resulting research focused on the study of catalysis to make chemical processes more environmentally friendly by reducing chemical waste.

Now, four years later, Jentoft and Gazit are teaming up on another NSF-BSF grant.

According to Jentoft and Gazit, their new research serves a vital overarching purpose: “Chemical reaction of biomass-derived resources to give platform molecules that can be used either as produced, or further converted into a range of chemicals or fuels, is key to a sustainable chemical industry that minimizes carbon emissions.”

As Jentoft and Gazit explain, their research will provide one viable path to the green chemical industry of the future by investigating DODH catalysis and its vast potential. Specifically, the project will leverage complementary expertise between the UMass and Technion teams in the areas of catalysis and kinetics, organometallic and inorganic synthesis, and catalyst characterization.

“Taken together,” say Jentoft and Gazit, “the research will identify new soluble and solid catalysts for deoxydehydration and new methods for benchmarking catalyst performance in complex multistep cycles. More broadly, the results will advance the commercial prospects of the target application, deoxydehydration of biomass-derived feedstocks.”

In addition, according to Jentoft and Gazit, their new NSF-BSF research will be applicable to other catalysts and other chemistries, as will their novel approaches to kinetics analysis.

“The objectives of the project,” as Jentoft and Gazit say, “are to gain mechanistic knowledge and thereupon design catalytic materials for use with various substrates and reductants, to develop advanced supports that can efficiently ‘nest’ the active moiety with no leaching, and to explore innovative approaches to bridge homogeneous and heterogeneous catalysis and combine their benefits.”

Jentoft and Gazit add that “Beyond the technical aspects, the project will provide training to [a very diverse group of] both graduate and undergraduate students in cutting-edge methods of catalysis and reaction engineering, materials synthesis, and materials characterization.” (January 2023) 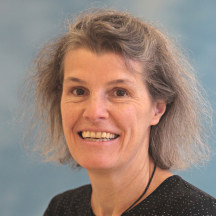