Isabella Weber, assistant professor of economics, was recently named one of three recipients of the European Association for Evolutionary Political Economy’s (EAEPE) Joan Robinson Prize for 2021 for her recent book, “How China Escaped Shock Therapy: The Market Reform Debate.”

Previously named the Myrdal EAEPE Book Prize, the biennial award is bestowed upon monographs about themes broadly in accord with the EAEPE’s Theoretical Perspective that have been published within the prior three years. Weber’s book, published by Routledge in May 2021, looks back at the debates that China’s Communist Party leaders had in the 1980s following the death of Chairman Mao, and how their economic reforms shaped China’s massive growth. 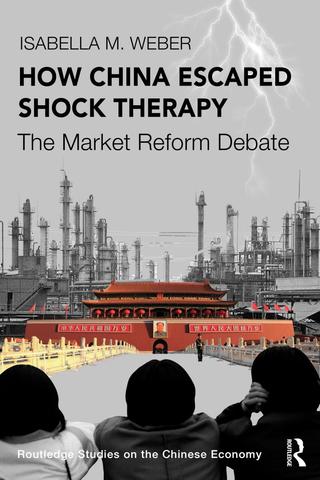 Joining Weber as recipients of this year’s award were Jean-Christophe Graz of the University of Lausanne for his book “The Power of Standards, Hybrid Authority and the Globalisation of Services,” and Franklin Obeng-Odoom of the University of Helsinki for “Property, Institutions, and Social Stratification in Africa.”

The winners – who each receive 2000 euros – were announced Sept. 4 at the 33rd Annual EAEPE Conference, which was held online due to the pandemic.

More information about the EAEPE and the Joan Robinson Prize can be found at https://eaepe.org/.