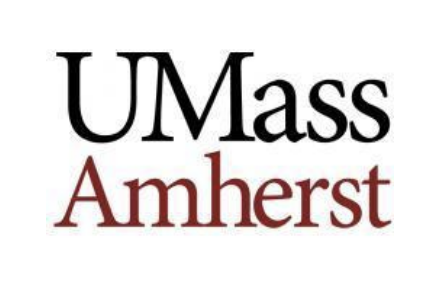 Additionally, two students have received Boren National Security Education Scholarships and Graduate Fellowships to study critical languages in regions critical to U.S. interests. While living abroad, the students will immerse themselves in the culture of their host country.

The national awardees have been supported by the university’s Office of National Scholarship Advisement. The director, Madalina Akli, encourages interested applicants to attend ONSA spring sessions of information and check the internal application deadlines. ONSA advisers are looking forward to meeting with students for the next application cycle.

The Fulbright students are:

Colleen Beatriz of Mattapoisett, Mass., is a graduate student in epidemiology who will head to Portugal to research the levels of occupational health and evaluate which specific psychological risks jeopardize LGBT+ workers in Portugal using semi-structured interviewing to qualitatively evaluate occupational health. Her research will include marginalized populations within the LGBT+ community, including participants who are older, immigrants, racial/ethnic minorities, and those living in rural areas.

Ross Caputi of Lowell, Mass. is a doctoral student in history. He is headed to Italy for a research project that combines oral history and linguistics to document and describe the critically endangered dialect of a single, southern Italian village, Grumento Nova. Caputi will create multimedia resources to aid future language revitalization efforts. The grant will allow Caputi to do community-engaged scholarship that he hopes to continue throughout his career.

Lily Clemente of Newton Center, Mass., graduated in 2020 with a bachelor’s degree in Spanish with a secondary major in communication disorders and a certificate in Latin American and Caribbean Studies. Clemente has accepted a teaching assistantship to Brazil where she will be a language learning assistant for public university students studying to become English teachers. In addition to her time on campus, she plans to volunteer with organizations serving immigrant communities in order to understand immigration in Brazil in an experiential way.

Carly Longman of Plymouth, Mass., who will graduate May 14 with a bachelor’s degree in linguistics and a Bachelor’s Degree of Individual Concentration in Romance language and interpretation. She has accepted a teaching assistantship to Brazil. As a member of the UMass Amherst International Scholars Program, Longman has previously studied in Paris and San Paulo, Brazil. She will use her Fulbright grant to work toward her goal of increasing language access and aiding in the English language acquisition of her Brazilian students.

Anna MacManus of Cambridge, Mass., who will graduate May 14 with a bachelor’s degree in biochemistry and molecular biology. MacManus will go to Germany for research in Dr. Franziska Knopf’s lab at the Center for Regenerative Therapies in Dresden, screening a drug laboratory to find compounds that reduce the metastasis of breast cancer to the bone, using zebrafish as a model system. The opportunity will provide important lab experience to MacManus before she starts her graduate studies in biomedical sciences at Vanderbilt University in fall 2022.

Lily Tang of Braintree, Mass., who will graduate May 14 with bachelor’s degrees in political science and global studies, along with certificates in civic engagement, Asian and Asian-American Studies. Tang has accepted a teaching assistantship to Taiwan where she will teach English and U.S. history and culture through the lens of anti-racism and anti-U.S. imperialism. She plans to teach her students U.S. history by highlighting the struggles and contributions made by the BIPOC communities.

Five students were named alternates by the Fulbright organization, meaning their applications were excellent, but they have to await possible funding. They are Cameron Bonnell, a senior majoring in environmental studies from Barnstable, Mass.; Franziska Bright, a senior double majoring in German & Scandinavian studies and biology from Belchertown, Mass.; Kelsey (Ell) Davis, an MFA candidate in English from Gahanna, Ohio; Lucia Nicastro, a senior graduating from West Roxbury, Mass., with a Bachelor’s Degree in Individual Concentration with a focus on agricultural business; and Madeline Scott of Milton, Mass., who graduated in 2020 with a bachelor’s degree in mechanical engineering and a minor in French and Francophone studies.

The Boren students are:

Glorimar Estevez of Lawrence, Mass., a graduate student in education with a focus on bilingual, ESL and multicultural education. Estevez received a Boren Graduate Fellowship to participate in a domestic Swahili language program over the summer, and then travel overseas to Tanzania for nine months to improve her proficiency of Swahili. Achieving proficiency in the language is vital to her future goal to strengthen USAID’s collaboration with East Africa regarding its educational system and women’s empowerment.

Hellen Muma is a rising junior from Leominster, Mass., majoring in public health. Muma will travel to Tanzania on a Boren Scholarship to study Swahili and learn about global public health threats in another country. An immigrant from Kenya at a young age, Muma is interested in improving her Swahili to help her future goals of doing research in the Department of Global Health Protection and Security for the Centers for Disease Control and Prevention after graduation.

Senior Adam Abdelrahman of Springfield, Mass., majoring in legal studies, was named an alternate by the Boren program.