AMHERST, Mass. – A non-toxic, bacteria-based system developed at the University of Massachusetts Amherst can detect when it is inside a cancer cell and then release its payload of therapeutic drugs directly into the cell. The work, published in “Nature Communications” today, could lead to effective, targeted therapies for currently untreatable cancers, such as liver or metastatic breast cancer.

The inability to penetrate solid tumor cell membranes has, until now, prevented researchers from being able to effectively target critical cancer pathways. Current delivery methods, such as nanoparticles, cell-penetrating peptides and antibody drug conjugates, have limited efficacy because of their poor ability to enter cells, their inability to specifically target cancer cells, and their susceptibility to degradation from the cell’s natural protection against foreign invaders.

The groundbreaking UMass Amherst work has demonstrated in the lab that not only can it easily enter cells, but it can specifically target cancer cells to deliver proteins (drugs) directly while leaving healthy cells alone. And once its protein payload is delivered, the bacteria dissipate and clear.

“We can actually detect [the protein] in the tumors, but we can’t detect it in the livers and spleens” of mouse models, says Neil Forbes, chemical engineering and Institute for Applied Life Science, whose lab conducted the research. “It delivers it just to the tumors. When we looked at the immune response and the liver damage, we didn’t see any difference to saline.”

The delivery system was developed by Nele Van Dessel, bioengineer and co-first author on the paper, as a post-doc in Forbes’s lab. It uses a highly modified type of salmonella that is injected into the bloodstream.

Salmonella are known to accumulate in tumors, but it was not known that they invade cancer cells. Van Dessel’s system can accurately measure this cell penetration because the engineered salmonella turn green once they breach the cell membrane.

“Salmonella inside a cancer cell – no one has actually shown this before,” Forbes says.

Watch video of salmonella that have invaded cancer cells

The protein used was developed with Jeanne Hardy, chemistry and molecular and cell biology, and the research was led by Van Dessel and Vishnu Raman, chemical engineering and co-first author on the paper.

While still preclinical, the results of tests on mice have been very promising, particularly for hepatocellular carcinoma, the most common type of liver cancer diagnosis for 840,000 people worldwide each year. There are currently few drugs available to treat liver cancer.

“With liver cancer, we’re seeing pre-clinical evidence that it has an anti-tumor effect,” Forbes says of his lab’s work. “This is early, in just a few mice, but we’re keeping those tumors at bay using this therapy.”

Developing an effective therapy for untreatable cancers would be particularly gratifying, Van Dessel says, because none currently exist. Two of her family members were diagnosed with stage 4 solid cancers in 2016, and “I felt powerless,” she says. “I had my Ph.D. in cancer studies and had been working for 10 years, and I couldn’t help them. I felt like I had failed them, that I hadn’t worked hard enough.”

That created the impetus for Van Dessel, together with Forbes, to start Ernest Pharmaceuticals with the goal of bringing their bacterial cancer technology to the clinic. The company is named for Forbe’s grandfather, who died of prostate cancer.

The university has filed a patent on the work and is licensing it to Ernest Pharmaceuticals. Van Dessel and Raman, who are both executives in the company, will pursue FDA approval for clinical trials.

“I hope that we are in the clinic in two to three years,” Van Dessel says, and that in addition to the work on liver and breast cancer, “At Ernest we are focusing as well on ovarian and pancreas, those tumors where a lot of the current immune treatments and other treatments are not making a huge impact.”

Collaborators on the work include Mathieu Bollen and Aleyde Van Eynde of Biosignaling & Therapeutics Laboratory at KU Leuven in Belgium. 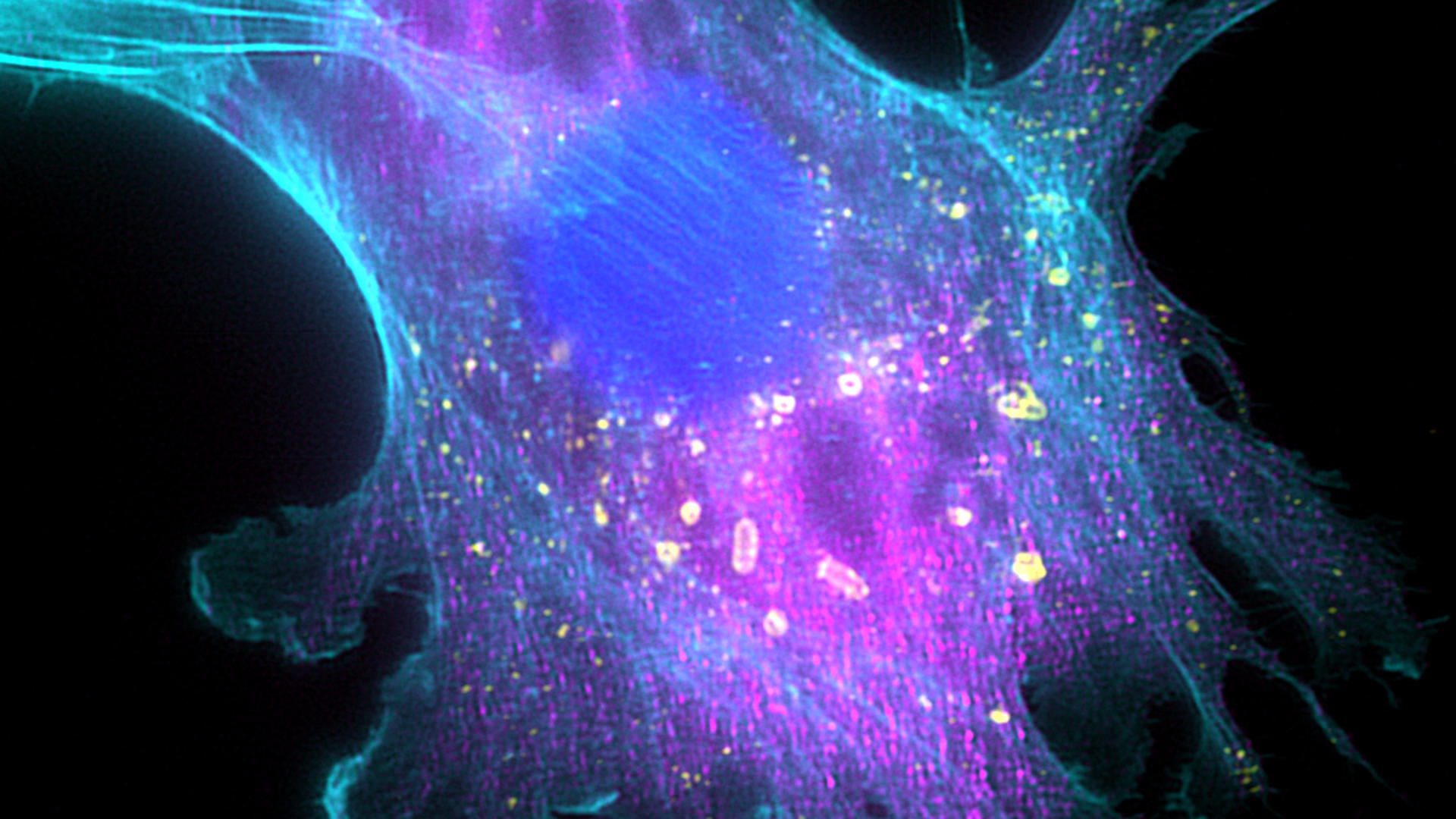 Once they have detected invasion, they lyse (break open) and release their green protein content that diffuses throughout the cellular cytoplasm.
(Credit: Forbes Lab)

Watch video of salmonella that have invaded cancer cells