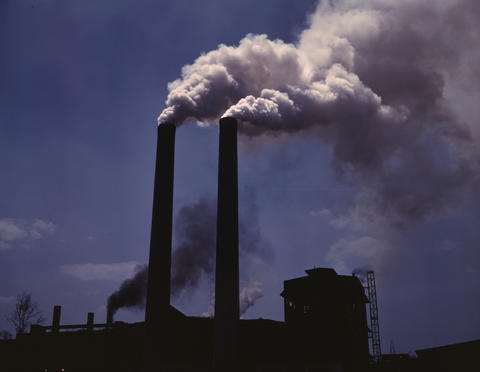 Rounding out the Greenhouse 100 top 10 are NRG Energy, Berkshire Hathaway, Dynegy, Xcel Energy, FirstEnergy and Calpine, with the U.S. government ranking seventh. The top company whose direct emissions are not dominated by electric power plants is Exxon Mobil at No. 13. Among the top 10, Calpine has the highest weighted share of minorities living within 10 miles of its facilities with likely disproportionate exposure to co-pollutants of combustion.

The Toxic 100 Air Polluters Index includes an environmental justice report card showing companies’ pollution burden on minority and low-income communities. While minorities make up only 39 percent of the U.S. population, they bear, for example, 72 percent of the air-toxics risk from facilities owned by steel company TMS International. PERI’s research has found that minorities bear a disproportionate risk from eight of the top 10 companies listed in the Toxic 100 Index.

“The Toxic 100 informs consumers, shareholders, lawmakers and communities which large corporations release the most toxic pollutants into our environment,” said James Boyce, UMass Amherst professor of economics and co-director of PERI's Corporate Toxics Information Project. “We assess not just how many pounds of pollutants are released, but which are the most toxic. People have a right to know about toxic hazards to which they are exposed. Legislators need to understand the effects of pollution on their constituents.”

“In making this information available, we are building on the achievements of the right-to-know movement,” explains Michael Ash, also a professor of economics at UMass Amherst and co-director of PERI’s Corporate Toxics Information Project. “Our goal is to engender public participation in environmental decision-making, and to help residents translate the right to know into the right to clean air, clean water and a livable planet.”

The complete Toxic 100 lists and their accompanying report can be found online at Toxic100.org.