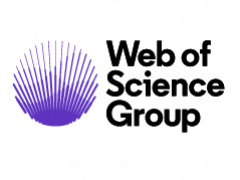 AMHERST, Mass. – Eight campus researchers in the College of Natural Sciences (CNS) and one in the College of Engineering at the University of Massachusetts Amherst have been recognized among the world’s most highly cited researchers in 2020 by London-based Clarivate Analytics, owner of the Web of Science. They have consistently had high citation counts over a decade.

Now in its seventh year, the citation analysis identifies influential researchers as determined by their peers around the world. They are judged to be influential, and their citation records are seen as “a mark of exceptional impact,” the company says.

Those recognized at UMass Amherst include Nianquiang “Nick” Wu, the Armstrong-Siadat Endowed Professor in Materials Science in the chemical engineering department, and environmental chemist Baoshan Xing in CNS’s Stockbridge School of Agriculture.

McClements is internationally known for his cutting-edge work in food design and nanotechnology, including encapsulating nutraceuticals in nanoparticles to preserve nutrients. Decker’s research seeks to characterize mechanisms of lipid oxidation, antioxidant protection of foods and the health implications of bioactive lipids. Xiao’s lab focuses on molecular mechanisms and interactions of possible disease-preventing nutraceuticals to enhance nutrient bioavailability through food processing and nanotechnology, among other topics.

Lovley and Nevin Lovley’s lab, part of the Geobacter Project, works to determine the electron transport chain in these bacteria with a goal to develop techniques to optimize the cells’ electrical production for better fuel cell performance, among other goals. The Rotello lab takes a multi-disciplinary approach, bringing chemistry, biology and biomedical engineering, to tailor nanomaterials to develop new biological applications.

The report’s editors point out, “There is no unique or universally agreed concept of what constitutes extraordinary research performance and elite status in the sciences and social sciences. Consequently, no quantitative indicators will reveal a list that satisfies all expectations or requirements. Moreover, a different basis or formula for selection would generate a different – though likely overlapping – list of names. Thus, the absence of a name on our list cannot be interpreted as inferior performance or stature in comparison to those selected.”