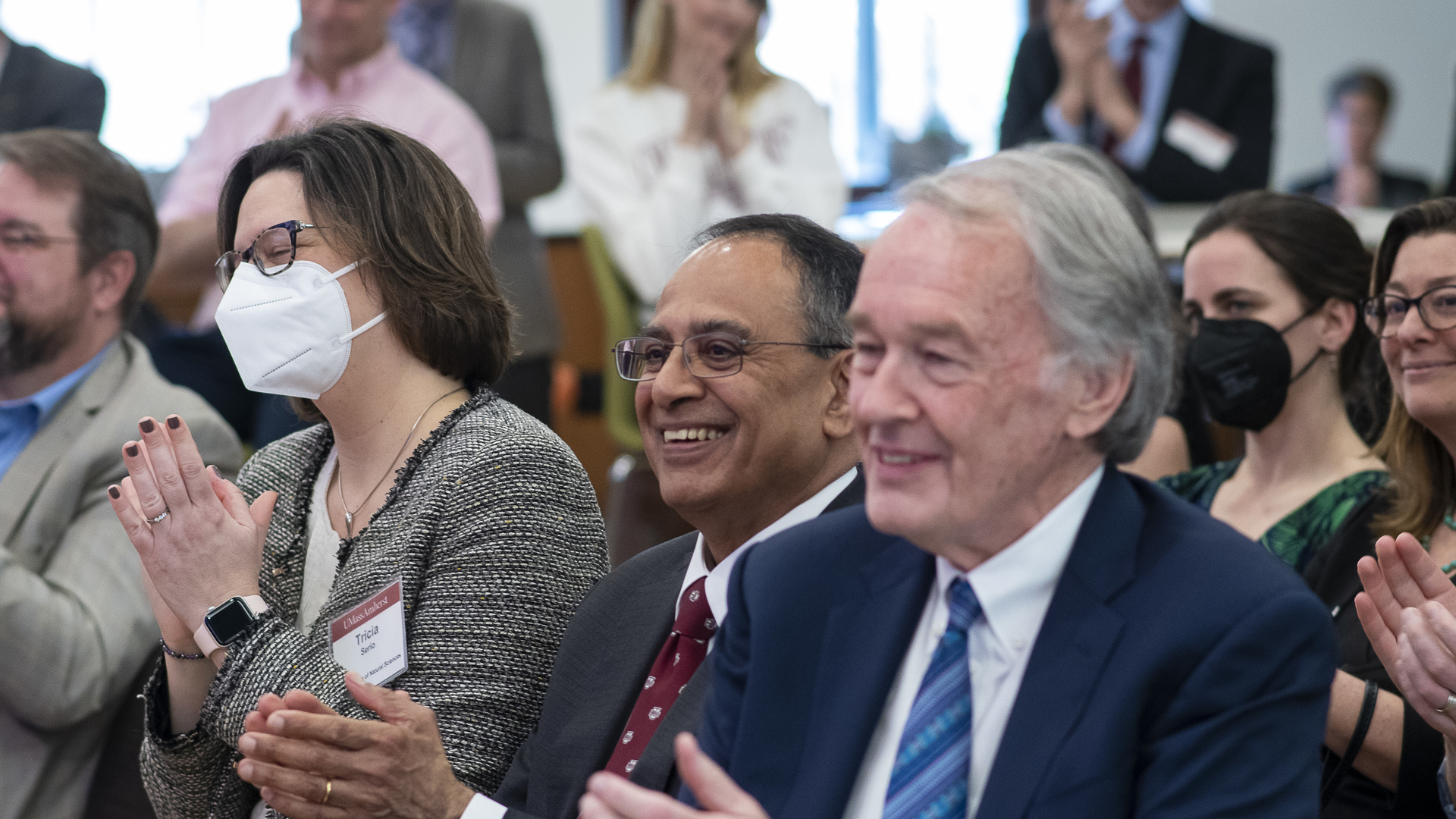 Check out highlights from the celebration.

The funding advances important diversity, equity and inclusion initiatives, including CICS scholarships and fellowships for women and underrepresented minorities, and funding to place equity and justice in the vanguard of a clean energy system.

“UMass Amherst has long been a champion for climate justice and stands at the forefront of groundbreaking energy science and technologies,” said Markey. “I am proud to have helped secure $995,000 in funding for UMASS Amherst’s Energy Transition Institute so that we can develop new solutions and educate the next generation of leaders in the clean energy economy. With this funding, we can support important climate research and deepen engagement with communities that have been disproportionately impacted by the effects of climate change.”

“Robotics and computer science skills are a critical need for today’s employers,” said McGovern. “This funding helps ensure every student has the chance to join in on a quickly growing field and make their mark on the world in a challenging and rewarding career. I’m thrilled to partner with Senator Markey and his team to deliver for Massachusetts students, support groundbreaking academic opportunities and make this funding a reality.”

The Manning College of Information and Computer Sciences (CICS) will use part of its $1 million earmark to fund scholarships to recruit women and underrepresented minority students to master’s and bachelor’s programs in computer science or infomatics, which will help achieve its ambitious goal of increasing female enrollment from 27% in 2019 to at least 40% by 2024. CICS will also allocate some of the funds to expand its robotics program through outreach to middle- and high-school students and robotics externships to give teachers in minority-serving high schools and educators at historically black colleges and universities access to current research in robotics and autonomous systems.