Rewriting the History Books: Why the Vikings Left Greenland

New study led by UMass Amherst suggests that increasing aridity, not temperature change, contributed to the Norse abandonment of Greenland settlements in the 15th century

One of the great mysteries of late medieval history is why did the Norse, who had established successful settlements in southern Greenland in 985, abandon them in the early 15th century?

The consensus view has long been that colder temperatures, associated with the Little Ice Age, helped make the colonies unsustainable. However, new research, led by the University of Massachusetts Amherst and published recently in Science Advances, upends that old theory. It wasn’t dropping temperatures that helped drive the Norse from Greenland, but drought.

When the Norse settled in Greenland on what they called the Eastern Settlement in 985, they thrived by clearing the land of shrubs and planting grass as pasture for their livestock. The population of the Eastern Settlement peaked at around 2,000 inhabitants, but collapsed fairly quickly about 400 years later.

For decades, anthropologists, historians and scientists have thought the Eastern Settlement’s demise was due to the onset of the Little Ice Age, a period of exceptionally cold weather, particularly in the North Atlantic, that made agricultural life in Greenland untenable.

However, as Raymond Bradley, University Distinguished Professor of geosciences at UMass Amherst and one of the paper’s co- author, points out,

Before this study, there was no data from the actual site of the Viking settlements. And that’s a problem.

Instead, the ice core data that previous studies had used to reconstruct historical temperatures in Greenland was taken from a location that was over 1,000 kilometers to the north and over 2,000 meters higher in elevation. “We wanted to study how climate had varied close to the Norse farms themselves,” says Bradley. And when they did, the results were surprising.

Bradley and his colleagues traveled to a lake called Lake 578, which is adjacent to a former Norse farm and close to one of the largest groups of farms in the Eastern Settlement. There, they spent three years gathering sediment samples from the lake, which represented a continuous record for the past 2,000 years.

“Nobody has actually studied this location before,” says Boyang Zhao, the study’s lead author who conducted this research for his Ph.D. in geosciences at UMass Amherst and is currently a postdoctoral research associate at Brown University.

They then analyzed that 2,000 year sample for two different markers: the first, a lipid, known as BrGDGT, can be used to reconstruct temperature. “If you have a complete enough record, you can directly link the changing structures of the lipids to changing temperature,” says Isla Castañeda, professor of geosciences at UMass Amherst and one of the paper’s co-authors.

A second marker, derived from the waxy coating on plant leaves, can be used to determine the rates at which the grasses and other livestock-sustaining plants lost water due to evaporation. It is therefore an indicator of how dry conditions were.

What we discovered is that, while the temperature barely changed over the course of the Norse settlement of southern Greenland, it became steadily drier over time.

Norse farmers had to overwinter their livestock on stored fodder, and even in a good year the animals were often so weak that they had to be carried to the fields once the snow finally melted in the spring. Under conditions like that, the consequences of drought would have been severe. An extended drought, on top of other economic and social pressures, may have tipped the balance just enough to make the Eastern Settlement unsustainable. 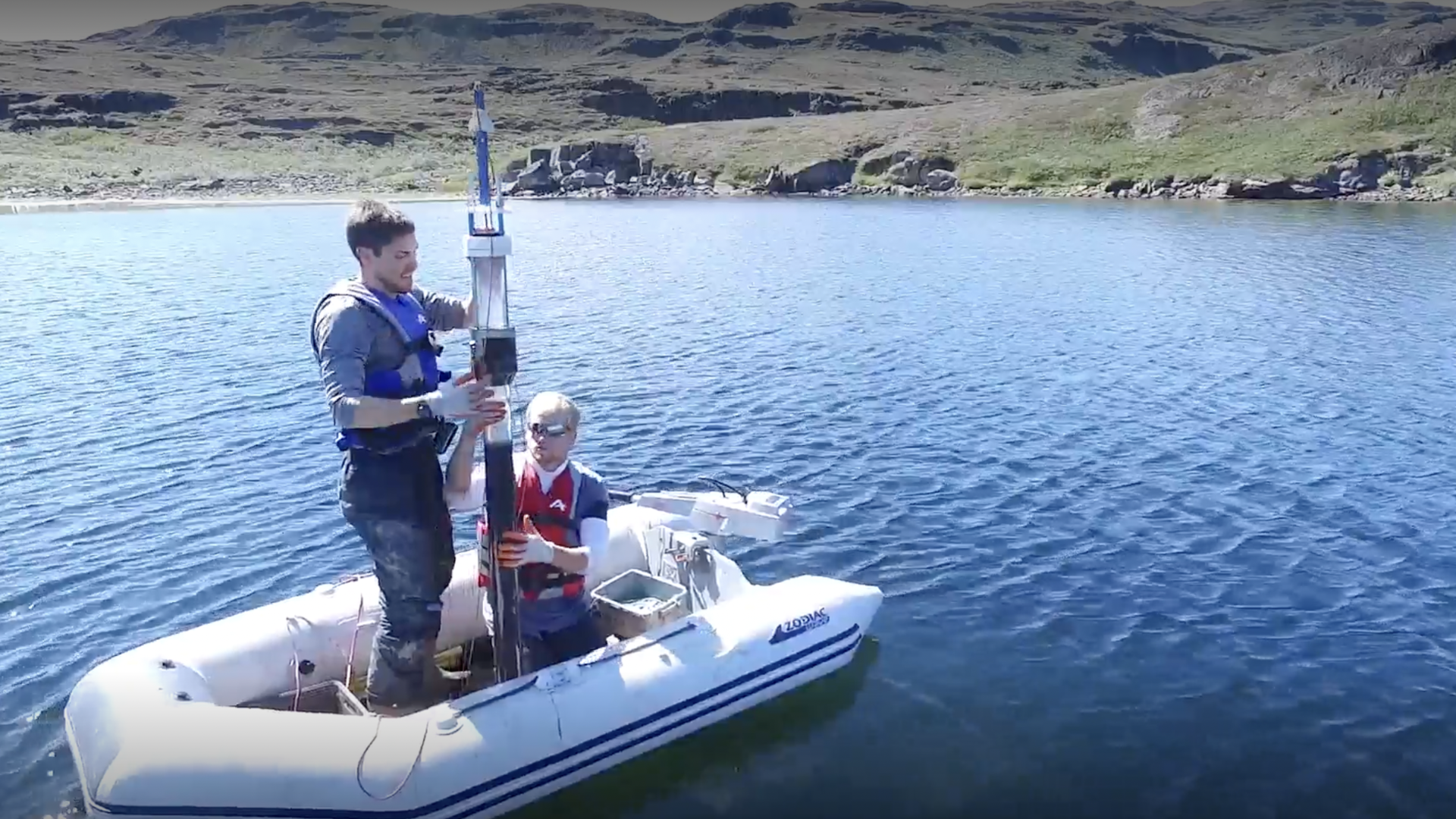