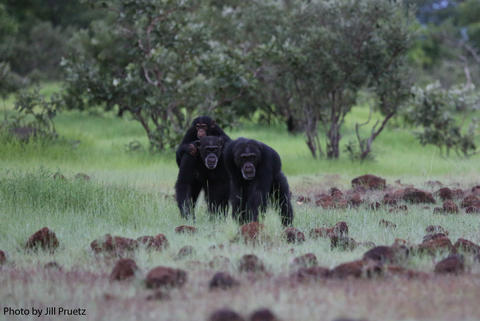 AMHERST, Mass. – The evolutionary development of sweat glands in humans and non-human primates is the subject of a new study by University of Massachusetts Amherst anthropologists Andrew Best and Jason Kamilar, which was recently published in the Journal of Human Evolution.

By examining nearly three dozen species of primates, Best and Kamilar found that species living in hot, dry climates tend to have sweat glands associated with more glycogen, which could be used to supply more energy for producing sweat, and that these primates also had more blood vessels feeding their sweat glands, which could also permit greater sweat production. Their results suggest both that these traits were produced as a result of natural selection, as well as an earlier start to the beginnings of human sweating.

Humans’ ability to sweat is unique in the animal kingdom, and current ideas posit that we gained this ability more than two million years ago when our ancestors started to live in more dry and open habitats and walked or ran long distances. Since these hypotheses are difficult to test because sweat glands do not fossilize, Best, a graduate student of anthropology studying organismic and evolutionary biology, and Kamilar, an assistant professor of anthropology, compared living primate species to examine the relationship between temperature and rainfall and sweat gland characteristics.

“It’s interesting that some monkeys and apes use sweating to cool off because they have quite a lot of body hair, which blunts evaporation, making sweating less effective” says Best. “We wondered if detailed characteristics of the sweat glands could tell us more about how sweating evolved in these primates, and in turn, infer how it may have evolved in the human lineage. The current view is that our tremendous sweating capacity evolved near the beginning of our genus, when we lost much of our body hair and were very physically active. Our results suggest that initial increases in sweating capacity could have come much earlier, setting the stage for greater reliance on sweating later.”

“Although humans are the ultimate ‘sweaters,’ it seems that other primates similarly respond to warm and dry climates, evolving traits that increase sweating ability,” Kamilar says.

The next phase of this research project will focus on variation in sweating and sweat glands in modern humans, testing hypotheses about the role of climate in activating sweat glands early in life. This work will be performed in collaboration with Harvard’s Dan Lieberman and the University of Pennsylvania’s Yana Kamberov.

The full report, “The evolution of eccrine sweat glands in human and nonhuman primates,” is available here.