Survey shows more than 20% probably or definitely will not get the vaccine, while Governor Baker receives split marks on overseeing vaccine distribution 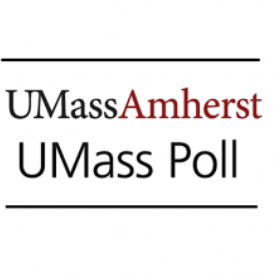 Only 23% of the 800 Massachusetts residents in the poll’s sample say they have received the vaccination. Of those who have not yet received the vaccine, 55% plan on “definitely” getting the shot, while 21% responded that they definitely (15%) or probably (6%) will not get the vaccine when it is made available to them. When asked why they likely will not attempt to receive the vaccine, 35% of this group said they “do not trust that it is safe and effective” and 24% responded that it “is too new and want to wait to see how it works for other people.” Eleven percent stated that they “don’t trust vaccines in general.”

While 93% of respondents who identified as Democrats said they will definitely (79%) or probably (14%) get the vaccine, only 48% of Republicans and 46% of independents said the same, with 31% of each of those two party affiliations stating that they “definitely will not” get vaccinated.

“Massachusetts has a trust problem on vaccinations,” says Raymond La Raja, professor of political science at UMass Amherst and associate director of the poll. “More than one in five respondents said they are unlikely to get the vaccine, mostly because they did not think it was safe or effective. It is very partisan and ideological. Almost half of self-described conservatives feel this way compared to just 5% of liberals.”

While President Joe Biden received high grades overall for handling the vaccine’s rollout – 62% said he has done very well (29%) or somewhat well (33%) – the poll’s respondents were divided on Gov. Charlie Baker’s handling of the vaccine rollout in Massachusetts. An equal 44% said Baker has handled the rollout well and not well.

“While Governor Charlie Baker has come under heavy fire for his handling of the distribution of the vaccine, he is well on his way to achieving his goal of protecting the state’s most vulnerable residents, as close to 40% of the state’s residents over the age of 55 have received the vaccine,” says Tatishe Nteta, associate professor of political science at UMass Amherst and director of the poll.

The poll’s respondents gave the Commonwealth in general split grades (42% positive - 43% negative) on the vaccine distribution program, with Baker receiving similarly split marks regarding his responsibility for the state’s performance. Sixty-one percent of those who said the state has handled the vaccine rollout well credit Baker as most responsible for its success, while 62% of those critical of the state’s performance pinned the responsibility on the governor.

Republicans’ distrust in the vaccination rollout extends to the elected officials in charge, as 74% said that Biden and 44% said Baker have not handled the rollout well. Only 17% of Republicans said Biden has handled the vaccine rollout well, while 43% said Baker has done well. Among Democrats, 87% said Biden has done well compared to just 8% who said he had not done well. Forty-eight percent of Democrats said that Baker has done well with the vaccine rollout, while 42% said he has not. Independents were more evenly split on Biden’s performance, with 45% saying he has done well as opposed to 40% not well. Independents gave Baker failing marks, with 50% saying he has not handled the rollout well compared to 36% saying that he has.

“Governor Baker gets praised or blamed by equal numbers of voters,” La Raja says. “Remarkably, sentiments don’t break down along partisan or ideological lines, like they do for President Biden. Appraisals of his job on COVID are all about him and not his politics. He knows it, and it will be part of his legacy.”

The poll also asked respondents their views on vaccine equity, noting that according to state data white residents of the Commonwealth are on average 14-times more likely to have received the vaccine than African American and Latino residents.

“The racial gap in vaccinations is real,” Nteta says. “Whites in the Commonwealth are more likely to have received the vaccine when compared to people of color. Interestingly, a majority of the state’s citizens support taking into account race in determining eligibility for the vaccine and this is particularly popular among liberals (85%), Democrats (77%) and young adults (69%).”

Slightly more than half (51%) of Republicans oppose incorporating racial equity into the vaccine’s distribution, as do 35% of independents, while 18% and 23%, respectively, support the idea. Only 5% of Democrats replied that they oppose the idea.

Finally, as school re-openings have continued to be a hotly-debated topic both in the Commonwealth and across the country, the poll asked respondents if they thought K-12 educators, school staff and child workers should be immediately eligible to receive the COVID-19 vaccine. Nearly three-quarters (74%) of those surveyed said these groups should, in fact, be allowed to jump to the front of the vaccination lines, with only 17% opposed. Ninety-one percent of Democrats approve of the idea, as do 56% of independents and 49% of Republicans, while one-third of Republicans and 28% of independents oppose the idea.

“While Governor Baker initially opposed providing the vaccine to K-12 teachers and only changed state policy in response to pressure from the Biden Administration, the state’s residents overwhelmingly support vaccinating teachers in the Commonwealth,” Nteta says.

This University of Massachusetts Amherst / WCVB Poll of 800 residents of Massachusetts was conducted March 5-9 by YouGov. YouGov interviewed 846 respondents who were then matched down to a sample of 800 to produce the final dataset. The respondents were matched to a sampling frame on gender, age, race and education. The frame was constructed by stratified sampling from the 2019 American Community Survey (ACS) subset to Massachusetts residents one-year sample with selection within strata by weighted sampling with replacements, using the person weights on the public use file.

The margin of error within this poll is 4.6%.