A team of researchers led by Brian Yellen, research professor of earth, geographic, and climate sciences at the University of Massachusetts Amherst, recently announced in the Journal of Geophysical Research: Earth Surface that salt marshes, critical habitats threatened by rapid sea-level rise, may in fact thrive despite higher water levels. The key factor that determines whether salt marshes collapse or flourish involves not water, but sediment.

To reach this conclusion, Yellen and his colleagues looked all the way back to 1898, when the Portland Gale, a vicious Nor’easter, battered the Massachusetts coast with hurricane-force winds, buckets of rain, and a ten-foot storm surge, which remade the North-South Rivers Estuary, in Scituate, just south of Boston.

Before 1898, the North River took a hard south-eastern turn on its way to the Atlantic Ocean, flowing behind a barrier beach for about three-and-a-half miles, until it joined up with the South River at today’s popular Rexhame Beach, where both rivers finally exited to the sea. But when the Portland Gale hit, in late November, it blasted a hole through the northern end of the barrier beach, shortening the North River’s journey by three-and-a-half miles. High tides in the newly shortened tidal river immediately rose by at least a foot—the kind of sea-level rise that scientists say the world may see by the end of the century.

“It was a terrible storm,” says Yellen. “But it provided us with the rarest of things—a real-world, long-term experiment showing us how salt marshes, like those along the North River Estuary, may respond to rapid sea level rise in the coming years.”

One of the many threats posed by rising oceans is the loss of salt marshes, which are not only essential habitats for migrating birds and juvenile fish stocks, but also provide a host of critical ecosystem services, such as protecting coastlines from storm damages and filtering contaminants from runoff. And while one might guess that sudden flooding of Scituate’s marshes would be a death blow, this is not the case. 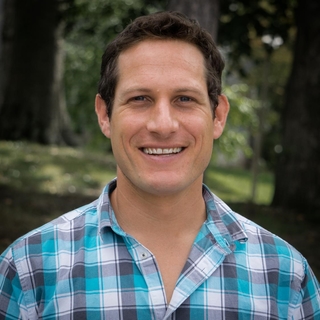 It was a terrible storm, but it provided us with the rarest of things—a real-world, long-term experiment showing us how salt marshes, like those along the North River Estuary, may respond to rapid sea level rise in the coming years.

Brian Yellen, UMass Amherst research professor of earth, geographic, and climate sciences, on the lasting legacy of the 1898 Portland Gale

“Salt marshes are made up of three things,” he continues. “Water, plants and sediment.” The team hypothesizes that the high coastal bluffs bordering the coast near the North River Estuary provide an abundant supply of sediment as they slowly erode into the ocean, so that even under catastrophic conditions, like the Portland Gale, the salt marshes can bounce back and adapt to their changing environment.

However, sediment has historically been viewed as a problem, especially in estuaries. Sediment clogs shipping lanes and makes mudflats that many find unattractive. The standard practice has long been to dredge deep channels and haul the scooped-up sediment far out to sea. Upstream dams, too, have reduced the flow of sediment from the interior to the coast. “We treat sediment as if it’s trash,” says Yellen, “but it’s really treasure. It makes up the beaches that we love to play on, and the salt marshes that support both endangered birds and commercially important fish stocks. It’s time to stop treating sediment like waste.”

Yellen is quick to point out that he’s not advocating for ending dredging and coastal navigation, nor removing all the dams, but that, when dredging is necessary, there needs to be a compensatory re-infusion of sediment into the affected estuary system.

This work, which was supported by the US Geological Survey and the Department of the Interior’s Northeast Climate Adaptation Science Center, is only the beginning, and Yellen and his colleagues have already teamed up with a dozen public stakeholders from all the New England states to further investigate how best to confront the risks posed by climate change to New England’s shoreline. 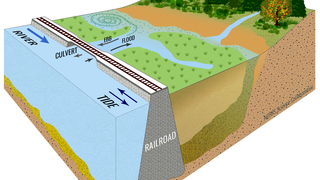 In a Dec. 2020 study of tidal marsh resilience to sea level rise, Brian Yellen and colleagues observed that Hudson River Estuary marshes are growing upward at a rate two to three times sea level rise, “suggesting that they should be resilient to accelerated sea level rise in the future.” 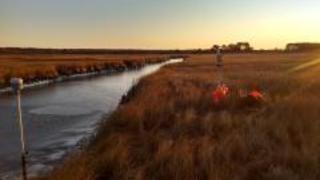 In July 2020, the USDA’s Natural Resource Conservation Service awarded a two-year, $300,000 grant to an interdisciplinary group of researchers led by Brian Yellen to develop tools to estimate the mass of carbon stored in salt marshes.