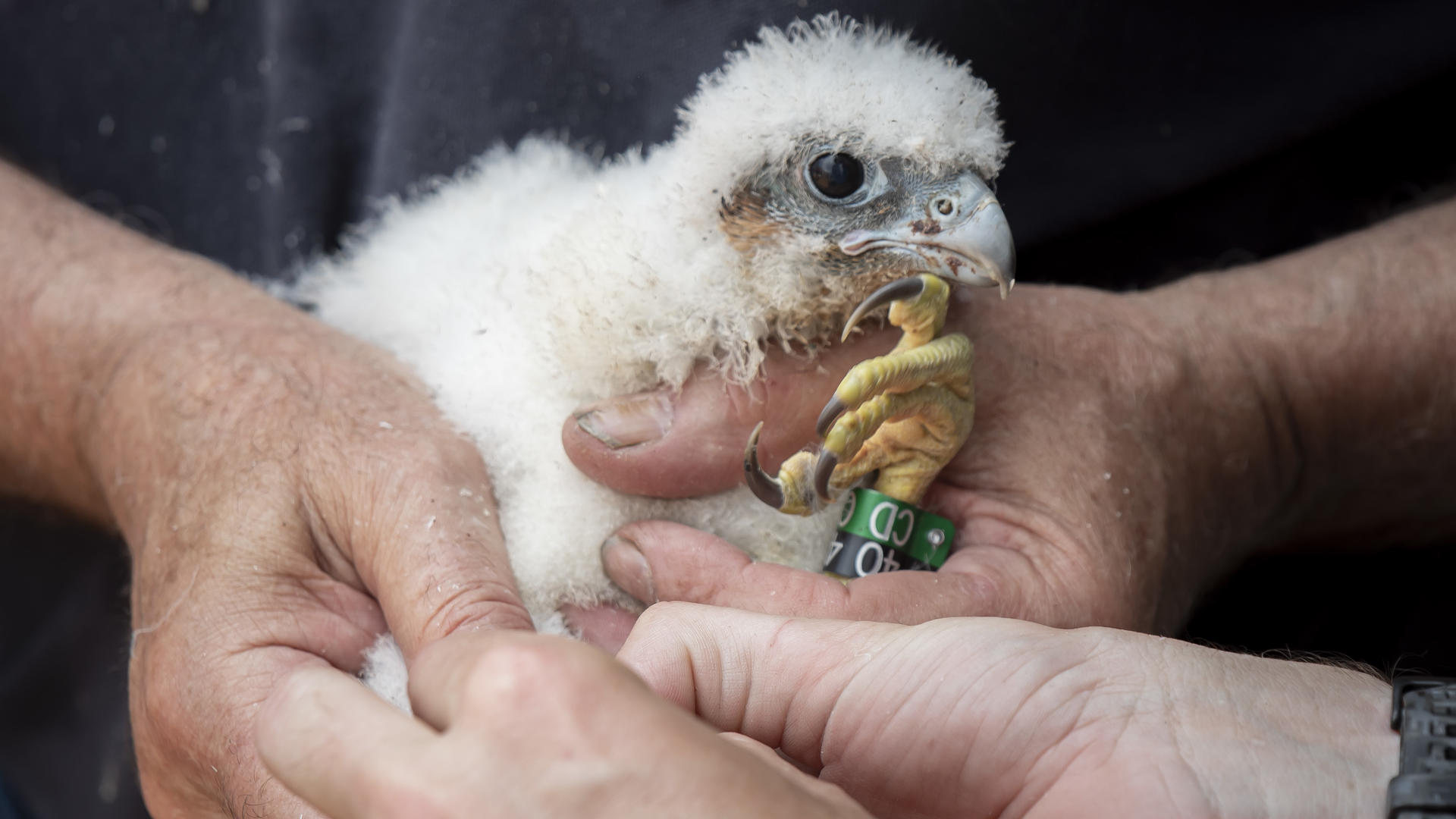 David Paulson and Tom French of the Massachusetts Division of Fisheries and Wildlife removed three female chicks and one male from the nest situated on the edge of the library’s roof on Tuesday, June 8. The fluffy, white birds were then banded, coded by color and location, to allow wildlife researchers to track the movements and histories of the falcons over time. These efforts have even traced one female falcon born and banded at a nest in Brockton all the way to the UMass Amherst campus.

Annual falcon banding is part of statewide initiatives to improve the conservation status of peregrine falcons from threatened to special concern under the Massachusetts Endangered Species Act. For decades, the peregrine falcon population declined with the use of DDT. By 1966, not a single nesting pair could be found in any state east of the Mississippi River. Now, peregrine falcons can be seen year-round across the Commonwealth of Massachusetts.

Here at UMass Amherst, the falcons have become a staple of the campus community. Follow along with them via the FalconCam, a live video feed that allows viewers to check in on the falcons each spring; at FalconCon, an annual conference to discuss all things peregrine; or on Twitter, @DuBoisFalcons, to muse over the latest falcon sightings, births, and happenings.