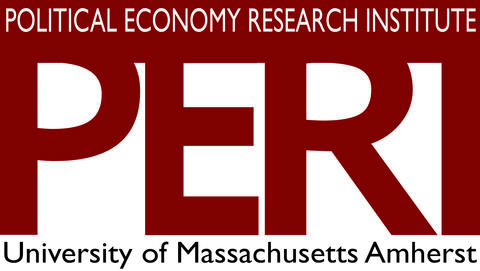 AMHERST, Mass. – A team of economists from the University of Massachusetts Political Economy Research Institute (PERI) has found that the Medicare for All Act of 2017, introduced to the United States Senate by Senator Bernie Sanders, is not only economically viable, but could actually reduce health consumption expenditures by about 9.6 percent while also providing decent health care coverage for all Americans.

In a nearly 200-page report released at the Sanders Institute Gathering, the first major event hosted by the think tank founded by Jane O’Meara Sanders and David Driscoll, the senator’s wife and son, the economists outline seven major aspects of transforming the U.S. health care system, detailing step-by-step the actions needed to be taken to achieve truly universal health care and its potential impacts on individuals, families, businesses and government. The analysis, which was in development for 18 months, has received praise from 11 distinguished experts in the fields of economics and health care studies who have rigorously reviewed the researchers’ findings.

“The most fundamental goals of Medicare for All are to significantly improve health care outcomes for everyone living in the United States while also establishing effective cost controls throughout the health care system. These two purposes are both achievable,” says lead author Robert Pollin, Distinguished Professor in economics at UMass Amherst and co-director of PERI. “As of 2017, the U.S. was spending about $3.24 trillion on personal health care—about 17 percent of total GDP. Meanwhile, 9 percent of U.S. residents have no insurance and 26 percent are underinsured—they are unable to access needed care because of prohibitively high costs. Other high-income countries spend an average of about 40 percent less per person and produce better health outcomes. Medicare for All could reduce total health care spending in the U.S. by nearly 10 percent, to $2.93 trillion, while creating stable access to good care for all U.S. residents.”

The PERI research team of Pollin, James Heintz, Peter Arno, Jeannette Wicks-Lim and Michael Ash, found that Medicare for All would reduce annual health care spending to $2.93 trillion from the current level of $3.24 trillion. Public health care revenue sources that presently provide about 60 percent of all U.S. health care financing, including funding for Medicare and Medicaid, would provide $1.88 trillion of financing for the new system. Removing the other costs attributed with the current system would leave a gap of $1.05 trillion, which the economists suggest could be raised with a set of four proposals that will generate enough revenue to create a surplus of 1 percent for the system.

The researchers also find that based on 2017 U.S. health care expenditure figures, the cumulative savings for the first decade operating under Medicare for All would be $5.1 trillion, equal to 2.1 percent of cumulative GDP, without accounting for broader macroeconomic benefits such as increased productivity, greater income equality and net job creation through lower operating costs for small- and medium-sized businesses.

“Medicare for All will produce large cost savings for both businesses and households,” says co-author Jeannette Wicks-Lim, associate research professor at PERI. “Under our proposal, all businesses that now provide health care coverage for their employees will receive an across-the-board 8 percent cut in premiums. For families, our results show that Medicare for All will promote both lower average costs and greater equity. For example, middle-income families who now purchase private insurance on the individual market would see their health care costs fall by an average of 14 percent under Medicare for All.”

“This study is the most comprehensive, detailed, authoritative study ever undertaken of Medicare for All, and it points powerfully and unassailably in support of MFA,” said economist and public policy expert Jeffrey Sachs, University Professor at Columbia University, in reviewing the researchers’ analysis. “Medicare for All promises a system that is fairer, more efficient, and vastly less expensive than America’s bloated, monopolized, over-priced and under-performing private health insurance system. America spends far more on health care and gets far less for its money than any other high-income country. This study explains why, and shows how Medicare for All offers a proven and wholly workable way forward.”

In his review of the report, William Hsiao, K.T. Li Professor of Economics at the Harvard University T.H. Chan School of Public Health, said the study “presents an objective, unbiased, comprehensive and thorough economic analysis of Medicare for All. Professor Pollin and his co-authors have set a new high standard for transparency and clarity in presenting their analyses, estimations, and conclusions. The research methods they used to estimate both the cost increases and savings are sound. The assumptions they used to generate cost estimations are based on the latest empirical evidence. Consequently, the conclusions of this study on the overall costs and savings of Medicare for All are reasonable and scientifically sound.”

“This stellar economic analysis of a single-payer, universal health care system for the U.S. is the first to sufficiently document each step of the calculations, enabling reproducibility of the findings. It is also the first study that thoroughly addresses the transition to and financing of a universal health care system for the U.S.,” said Alison Galvani, director of the Center for Infectious Disease Modeling and Analysis and Burnett and Stender Families’ Professor of Epidemiology at Yale University, in her review of the report. “Underlying the analysis is an interdisciplinary evidence base that has been compiled from literature spanning economics, health policy and clinical care both within the US and internationally. The methodology is sound and the assumptions are conservative with regard to their conclusions. Specifically, lower-end figures from the expert literature are used in the calculation of savings, whereas anticipated expenditures are based on the higher end of empirical distributions. Despite stacking the deck against Medicare for All, this analysis convincingly demonstrates the substantial improvements in cost efficiency that could be achieved by Medicare for All. I am confident that the Pollin et al. study will become recognized as the seminal analysis of a single-payer universal health care system for the U.S.”

The complete report, “Economic Analysis of Medicare for All,” can be found online here.

The full set of reviews of the report by economics and health care studies experts can be found here.