Computing for the Common Good

Created in 2015, the University of Massachusetts Amherst's College of Information and Computer Sciences (CICS) has already established itself as a top 20 ranked and highly sought-after program, as well as a major contributor of talent to the Commonwealth’s booming tech ecosystem. Now, thanks to a generous gift and a major state capital investment, the college will be able to grow its impact even more by attracting more top faculty and significantly increasing student enrollment and support.

As part of Robert and Donna Manning’s recent historic $50 million gift to increase access and opportunity across the five-campus University of Massachusetts system, $18 million will endow the newly named Robert and Donna Manning College of Information and Computer Sciences. Concurrently, Massachusetts Governor Charlie Baker announced a $75 million state capital investment, backed by a $30 million commitment from the Amherst campus, to enhance and expand the college’s facilities. All together, these investments will allow the college to serve many more students while fueling new discoveries in computing research.

The college is led by its founding dean, Laura Haas, whose long career at IBM included worldwide responsibility for IBM Research’s exploratory science program. A trailblazer known for her foundational research on information integration technology, she rose to the level of IBM Fellow. At the college, Haas has built an impressive and diverse team of 86 faculty, including 36 hired in the past five years. Among their ranks are two members of the National Academy of Engineering and 44 professional society fellows, while more than half of junior faculty are recipients of NSF CAREER Awards. Haas has prioritized diversity and inclusion within the college, including such measures as creating a diversity office and initiatives to attract and retain diverse students, faculty, and staff.

Under Haas’s leadership, the program’s research expenditures increased by over 40 percent in the last five years. In FY2021, new awards totaled over $24 million, including over $4 million from industry. 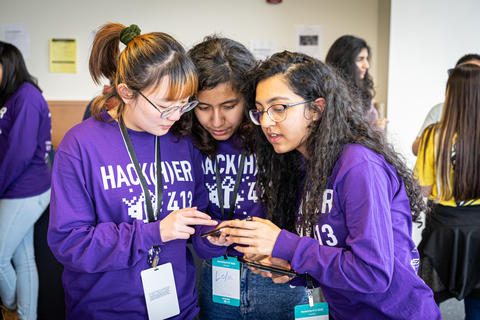 Massachusetts has the #2 innovation economy in the nation, with 18,000 new computer science positions expected in the Commonwealth by 2024, according to the Bureau of Labor Statistics. Yet employers are still struggling to get the talent they need. CICS is striving to fill this gap by producing more than 500 computing graduates each year, over half of whom choose to stay in Massachusetts for their careers, adding $26 million to the state tax base with each graduating class. For the CICS class of 2020, the median starting salary was $90,000 for bachelor’s degree recipients, and $110,000 for MS/PhD graduates.

The program has seen a recent explosion in student interest, with enrollment increasing by 320 percent between 2010 and 2020. Yet it has had to turn away many academically high-achieving students due to limited space and resources.

The gift and state investment will help accelerate growth at the college, and deliver on its 2017 commitment to double student enrollment. The $75 million capital investment from the Commonwealth will go to fund new state-of-the-art facilities for the college, while the Manning gift will help the college further its efforts to foster a racially, ethnically, and socio-economically diverse and ethical workforce of the future. In 2020, 27 percent of first-year undergraduate students in the college were female, up from 14.5 percent in 2016. The college’s Office of Diversity and Inclusive Community Development has set an ambitious goal to boost that representation to 40 percent female students by 2030, while also increasing the number of underrepresented minority students. The Manning gift will add support for students in the program by offering scholarships, bridge programs, and peer mentoring specific to underrepresented groups in the industry.

“We are incredibly grateful to the Mannings and the Commonwealth of Massachusetts for their support of our college. These investments will allow us to continue our college’s trajectory from a small research center to a top-ranked college with more than 2,400 students today,” said Haas. “We’re proud of all the work we’ve done to educate a community of responsible innovators who are prepared to solve problems across academic disciplines leveraging computational thinking and technology.” 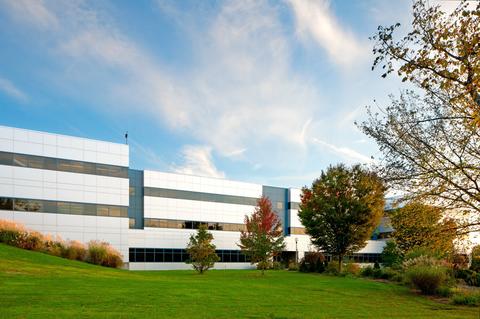 The Robert and Donna Manning College of Information and Computer Sciences will incubate a world-class hub for education, research, and innovation that drives Massachusetts forward. Already, the college collaborates with a variety of public and private partners, as well as with every school and college across the UMass Amherst campus, to drive scientific discovery in key innovation areas that align with the state’s priorities to improve the lives of its residents.

United around a revolutionary vision for computing research and education—Computing for the Common Good™—the college’s mission is to leverage innovative technological solutions across industries in areas such as digital health, sustainable computing, cybersecurity, and quantum information systems. Its research is focused on some of the most demanding challenges of today, including ensuring that AI is equitable, safe, and applied in positive ways; creating technologies that protect personal privacy; and safeguarding children from online predators.