Seven alumni and friends are honored for representing the university’s revolutionary and innovative spirit.

For their extraordinary professional achievements, service, and philanthropy, seven individuals have been named recipients of the annual UMass Alumni Honors. These individuals are contributors to their fields, advocates in their communities, and supporters of research and scholarship that can change the world. During Homecoming 2022, these honorees will be recognized for embodying UMass Amherst's revolutionary spirit and furthering the impact of the university's mission around the globe. 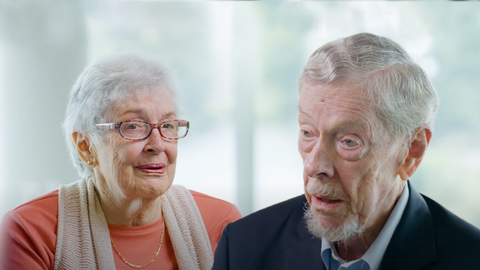 Dr. John A. Armstrong and Mrs. Elizabeth S. Armstrong are longtime donors and devoted friends of UMass Amherst, and are recognized for their service to the university and the wider community through advocacy and philanthropy. The Armstrongs received the Distinguished Honorary Alumni Award in 2003, and the UMass system awarded them the President’s Medal—the highest honor bestowed by the university—in 2004. 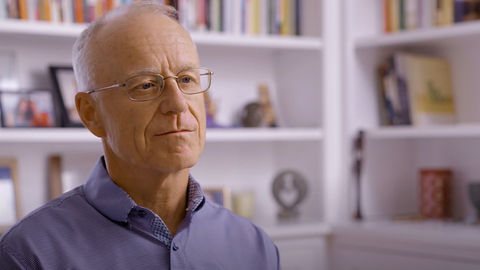 Thomas F. Burke '84, MD, FACEP, FRSM is director of the Global Health Innovations Laboratory in the Department of Emergency Medicine at Massachusetts General Hospital, where he also practices as an attending physician. An internationally distinguished alum who has harnessed his UMass Amherst experience to effect transformational advances within the public sector and the field of medicine, Burke has assisted the FBI Hostage Rescue Team as a tactical physician, and he has launched and directed a nongovernmental organization to help physician leaders around the world develop emergency systems. His innovative research experience spans 25 years. Over that time, he pioneered several award-winning scientific advances and translated them into policy and practice. For the past 10 years, Burke has led a research program focused on postpartum hemorrhaging and maternal survival. In 2019, during a joint U.K. and India government ceremony in the House of Lords in Parliament (London), he was bestowed the title “Lord of the Planet in Medical Sciences.” 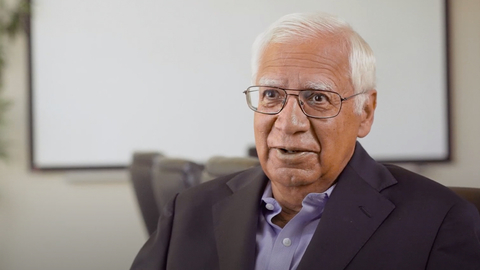 Deepak Chopra '73MS has shown exemplary dedication and made countless unique and significant contributions to the field of technology through exceptional leadership and ingenuity. He is the founder of OSI Systems, Inc., a vertically integrated designer and manufacturer of specialized electronic systems and components for critical applications in homeland security, healthcare, defense, and aerospace. OSI’s offerings include Rapiscan Systems, which creates aviation and air cargo solutions and large x-ray scanners at land borders and ports; Spacelabs, which designs and manufactures patient monitors and cardiology products; and the OSI Optoelectronics and Manufacturing division, which produces components and subsystems for aerospace, defense, healthcare, and other industries. Chopra has served as president and chief executive officer since the company’s inception in May 1987, and as chairman of the board of directors since February 1992. Chopra took the company public in 1997. He currently also serves as the chief executive officer of several of the company’s subsidiaries. A profile in the Los Angeles Times calls attention to that other Deepak Chopra: “The businessman shares a name with the internationally recognized author and holistic medicine practitioner, something that creates a little confusion.” But, Chopra told the Times jokingly, “It’s a great way to get restaurant seating.” 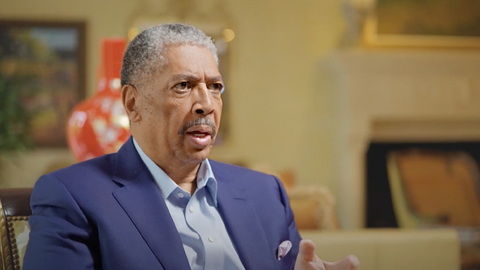 Earl W. Stafford ’76 possesses a deep and abiding commitment to social justice and has exemplified UMass Amherst's values of community, respect, and social responsibility in the broader community. Stafford is the chairman and CEO of the Stafford Foundation—a faith-based, nonprofit organization that provides services to help underserved people become self-reliant. The foundation became famous worldwide for its People's Inaugural Project, an unprecedented event that brought disadvantaged people from all walks of life to Washington D.C. to be part of the 2009 inaugural celebration for President Barack Obama. Nearly 40 nonprofit organizations that assist some of society’s most underserved people participated in the project. Today, the foundation continues to partner with many of these organizations and maintains a strong commitment to doing good for those in need. 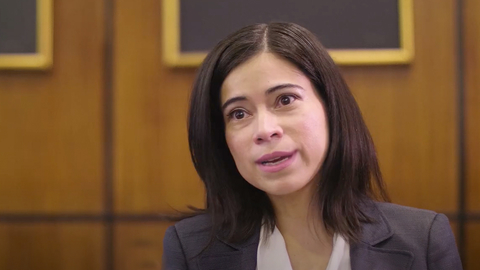 Esther Cuesta Santana ’02, ’09MA, ’15PhD embodies the revolutionary spirit of UMass Amherst as a pioneer committed to deepening cultural understanding. A member of Ecuador’s National Assembly since 2017, Cuesta Santana represents constituents living in Europe, Asia, and Oceania. Reelected in 2021, she is currently a member of the Committee on Children and Adolescents’ Rights. She is also president of the parliamentary group for the rights of people experiencing human mobility, encompassing immigrants, emigrants, refugees, persons in need of international protection, returned Ecuadorian migrants, people in transit, and victims of human trafficking and human smuggling. She has been president and vice president of the Committee on Sovereignty, Integration, International Relations, and Integral Security of Ecuador’s National Assembly. Previously, she held the position of vice minister of human mobility of Ecuador’s Ministry of Foreign Affairs, where she was challenged to manage the country’s migrant populations through policy decisions, and served as consul general of Ecuador in Genoa, Italy, implementing innovative and multidisciplinary government programs in close collaboration with Italian institutions to help Ecuadorian migrant families in Italy regain custody of their children. 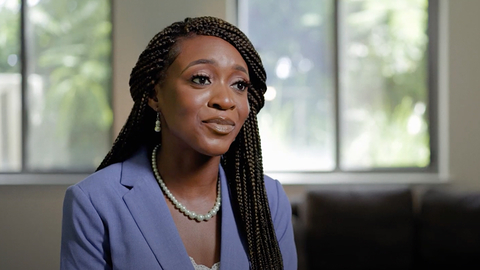 Sade Adeola Luwoye ’15 describes herself as an engineer by day and podcast host by night. As an emerging leader, she became aware of the widespread inequality in the science, technology, engineering, and mathematics (STEM) fields faced by people of color. She decided to create the "Win in STEM" Podcast as a safe space to bring this issue to the forefront, and to help retain and increase the number of minorities in STEM. In the podcast, Luwoye interviews people of color “STEMinists” about their STEM journeys and discusses topics such as imposter syndrome, mentorship, sponsorship, negotiating salaries, job interview tips, graduate school, and landing your dream job. Luwoye is a senior specialist systems engineer at L3Harris Technologies—a technology company, defense contractor, and information technology services provider that produces a range of systems and products, such as wireless equipment, avionics and electronic systems, and both terrestrial and spaceborne antennas for use in the government, defense, and commercial sectors. During her time at UMass Amherst, Luwoye majored in electrical engineering and minored in mathematics, and was president of the student chapter of the National Society of Black Engineers during the 2014–2015 academic year. She went on to earn a master’s degree in systems engineering from George Washington University’s School of Engineering and Applied Science. She has displayed excellence in her field and a dedication to making STEM more equitable.

This story was originally published in October 2022.