The Troy Lectures on the Humanities and Public Life are presented in honor of the late Frederick S. (Barney) Troy, Emeritus Professor of English, honorary professor of the University and former trustee.

Most years feature one lecture; in 2017 the department sponsored two. 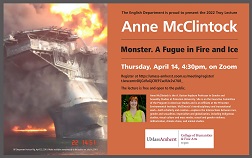 Anne McClintock is the A. Barton Hepburn Professor in Gender and Sexuality Studies at Princeton University. McClintock’s interdisciplinary and transnational work—both scholarly and creative—explores the intersections between race, gender and sexualities; imperialism and globalization, including Indigenous studies; visual culture and mass media; sexual and gender violence; militarization, climate chaos, and animal studies. 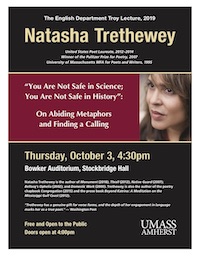 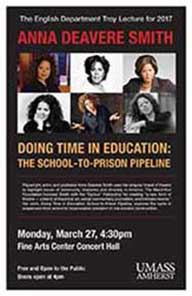 Anna Deavere Smith is a playwright, actor, and professor. The MacArthur Foundation honored Smith with a so-called “genius grant” for creating “a new form of theater — a blend of theatrical art, social commentary, journalism, and intimate reverie.” On March 27, 2017, she performed her work Doing Time in Education: School-to-Prison Pipeline, which explores the cycle of suspension from school to incarceration prevalent in low-income communities and highlights issues of community, character, and diversity in America. 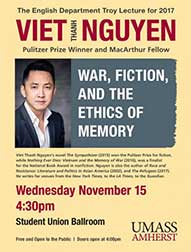 Viet Thanh Nguyen is an acclaimed author, 2016 Pulitzer Prize winner, 2017 Guggenheim Fellow, and 2017 MacArthur Fellow. His novel The Sympathizer (2015) won the Pulitzer Prize for fiction, while Nothing Ever Dies: Vietnam and the Memory of War (2016) was a finalist for the National Book Award in nonfiction. Nguyen is also the author of Race and Resistance: Literature and Politics in Asian America (2012) and The Refugees (2017). On November 15, 2017, Viet Thanh Nguyen delivered a talk titled “War, Fiction, and the Ethics of Memory.”