Ph.D. alum Jeffrey Kovach is the 2016 E. Geoffrey and Elizabeth Thayer Verney Fellow at the Nantucket Historical Association. He will be spending three weeks on the island studying the economic status of the women’s meeting leadership, writing an article for Historic Nantucket, and giving two lectures, one for the public and one for NHA staff.

A Special Issue of the Journal of Military History 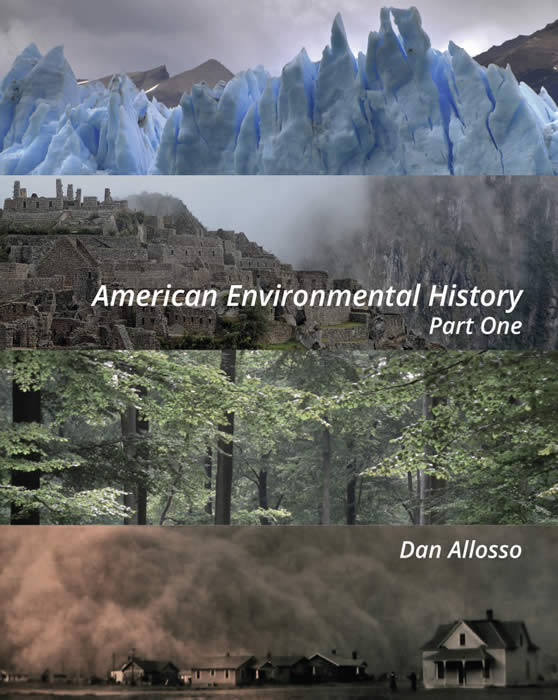 More than 100 women lawyers have recently joined in an amicus brief filed in Whole Woman’s Health v. Cole, a Texas case in which abortion rights advocates are challenging restrictions on abortion clinics that could result in closing many facilities. The brief was signed by former judges, law firm partners, public interest lawyers, law clerks, and law professors, including Professor Jennifer L. Nye. In the brief, narrators share their own abortion experiences and argue that their reproductive freedom was pivotal to their personal and professional lives. The U.S. Supreme Court will hear arguments in the case on March 2, 2016.

UMass Women into Leadership at the MA State House

On Tuesday, January 12, 2016, UMass Women into Leadership (UWiL) brought a group of students to the Massachusetts State House to learn about public service careers and meet with our state’s leadership. History major Catherine Kelley ‘16 was one of several student fellows who attended the visit. Pictured on the right: Student fellows with Senate President Stanley C. Rosenberg ‘77 (D-Amherst). Photograph courtesy of Michelle Goncalves.

"Only an honest accounting of our history will allow us to chart a new path in the world. The past is always speaking to us if we only listen." Check out the History News Network's interview with Professor Christian Appy on on the legacy of the Vietnam War. For more articles and interviews surrounding Appy's recent bookAmerican Recokoning: The Vietnam War and Our National Identity, click here.

The History Department's 2015 newsletter has been completed and published! You can see it, and past newsletters, here. 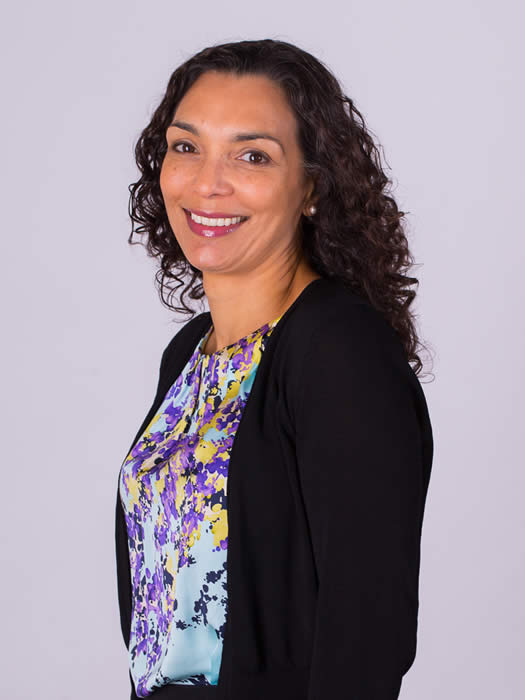 The History Department is excited to announce that Professor Barbara Krauthamer has been appointed Associate Dean for Student Inclusion and Engagement in the UMass Graduate School. As Associate Dean, she will set up and manage the new Research Enhancement and Leadership Fellows program, a joint effort of the Graduate School, the Provost's Office, and the Colleges to increase graduate student diversity and success in HFA, SBS, Education, ISOM, and Nursing. She will also work with OPD on alternative career paths for doctoral students in the humanities and social sciences. Dr. Krauthamer will continue on as History Department Graduate Program Director.

History Major and Peer Mentor Mike Nicholson recently co-authored an article published in CommonWealth magazine. The article began as a paper in a junior-year writing class that he took with Prof. Sigrid Schmalzer. You can read his article here. 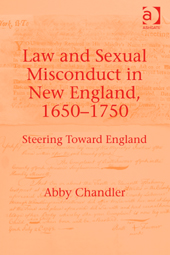 History MA alum Abby Chandler has just published a new book, Law and Sexual Misconduct in New England, 1650-1750: Steering Toward England (Ashgate Publishing, December 2015). Chandler examines the prosecution of sexual misconduct in colonial America to trace the shifting and contested relationships between colonial laws and English laws. Chandler’s book highlights the ways in which ordinary New England colonists across New England both interacted with and responded to the growing Anglicization of their legal systems and makes the argument that these men and women saw themselves as taking part in a much larger process.

On December 4th, students in Professor Marla Miller’s Public History graduate seminar presented their semester-long projects. These projects constitute UMass Amherst's contribution to a national project, "Sites of Incarceration," organized by the Humanities Action Lab at the New School. You can see photos from the event on the UMass Public History Program’s Facebook page.

In the latest issue of Diplomatic History...

Professor Julio Capó, Jr. participated in a conversation with other leading scholars, discussing "Queering America and the World.” Dr. Capó says: “This lens can provide us with a very different—and significant–vantage point in which to understand the United States' relationship with the rest of the world and global processes.” You can read more here. 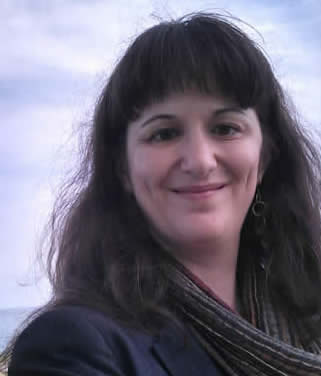 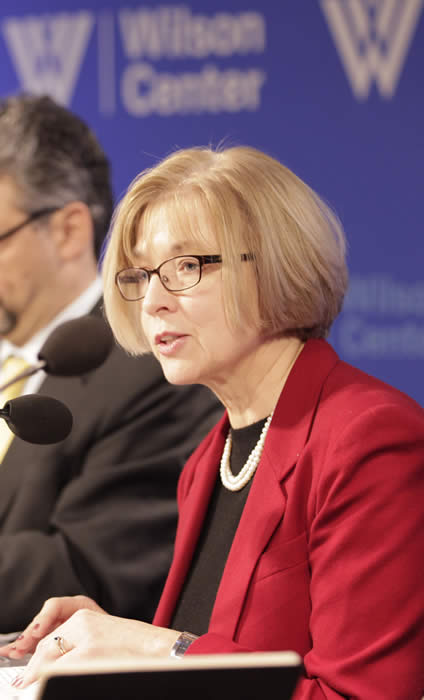 Congratulations to Professor Audrey L. Altstadt, who has been appointed to the Advisory Council of the Kennan Institute for Advanced Russian Studies. The Kennan Institute is one of the largest programs within the Woodrow Wilson International Center for Scholars, where Dr. Altstadt served as a fellow last year. The Advisory Council advises the Kennan Institute on all scholarly aspects of its work, including the review of all Research Scholarship and Short-term Grant applications. Council members, who normally serve for four years, also assist the Institute individually by advising staff members and helping to organize conferences. Read the Inside UMass story here. Visit the Woodrow Wilson International Center's website for more information. 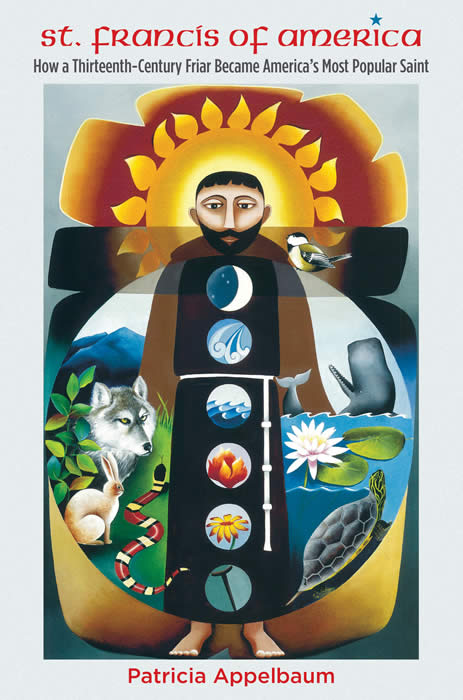 Congratulations to Patricia Applebaum for the publication of St. Francis of America: How a Thirteenth-Century Friar Became America's Most Popular Saint (UNC Press)

Dr. Applebaum’s new book traces popular depictions and interpretations of St. Francis of Assisi from the time when non-Catholic Americans "discovered" him in the nineteenth century to the present. Exploring how each vision of St. Francis has been shaped by its own era, Appelbaum reveals how St. Francis has played a sometimes countercultural but always aspirational role in American culture. Dr. Applebaum is an independent scholar who lives in the area and, for the past couple of years, has taught a summer online course for the History Department on global religious history. Read more here.

On November 16th, UMass history alum Ned Cloonan gave a talk titled, "Winning with the Humanities in the Working World." Cloonan received his B.A. in History at UMass Amherst and is a graduate of the School of International and Public Affairs at Columbia University. Cloonan is a leader in international markets, domestic government relations and strategic philanthropy. He credits his degree with giving him an appreciation for how history can provide insight and intelligence on how best to influence decision-makers.

The UMass/Five College Graduate Program in History recently hosted a lecture by Edward Baptist (Cornell University) on November 4, 2015. The lecture, titled "The Half Has Never Been Told: Slavery and the Making of American Capitalism,” examined the links between the institution of slavery and modern capitalist growth in the United States. Check out our Flickr page for photos from the event, and visit our YouTube for a video recording of the lecture. 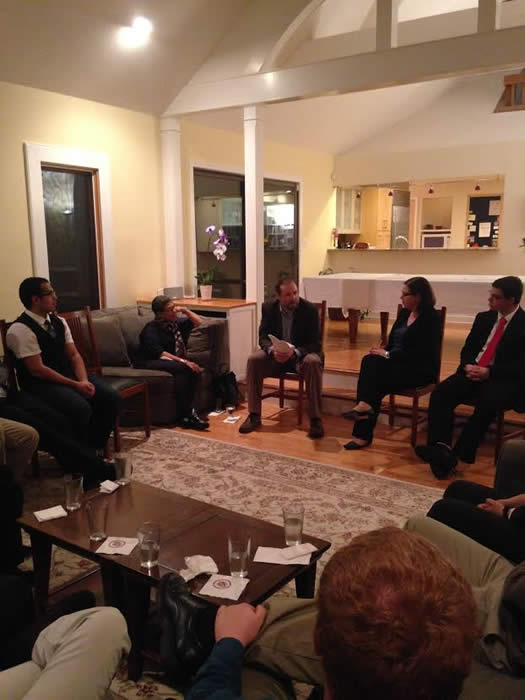 On November 2nd, Provost Katharine Newman hosted a dinner and history talk. Professor Stephen Platt gave a short talk titled, “When Amherst went to China: The Bungled Disaster of Lord Amherst’s Mission to Beijing in 1816.” The photograph to the right was taken by undergraduate history major Julian del Prado.

History and Pedagogy of Mathematics Conference

The UMass History Department hosted a three-day conference from October 30th to November 1st. The conference was organized by HPM-Americas and co-sponsored by the UMass Math Department. Talks explored the relationships between history and pedagogy of mathematics, with a particular focus on the use of history in the mathematics classroom. Congratulations to Professor Emily Redman for putting on a successful conference! 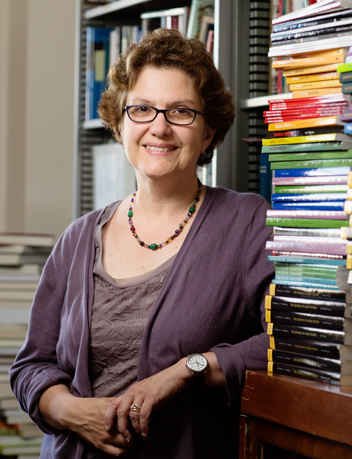 On October 19th, the UMass/Five College Graduate Program in History hosted a lecture by Professor Antoinette Burton. Dr. Burton's lecture was titled, "The Trouble with Empire: Challenges to Modern British Imperialism," which is also the title of her recently published book with Oxford University Press. Antoinette Burton is Interim Director of the Illinois Program for Research in the Humanities and Professor of History and Bastion Professor of Global and Transnational Studies at the University of Illinois. Watch Antoinette Burton's lecture here. Visit the Five Colleges Flickr for photographs from the lecture. 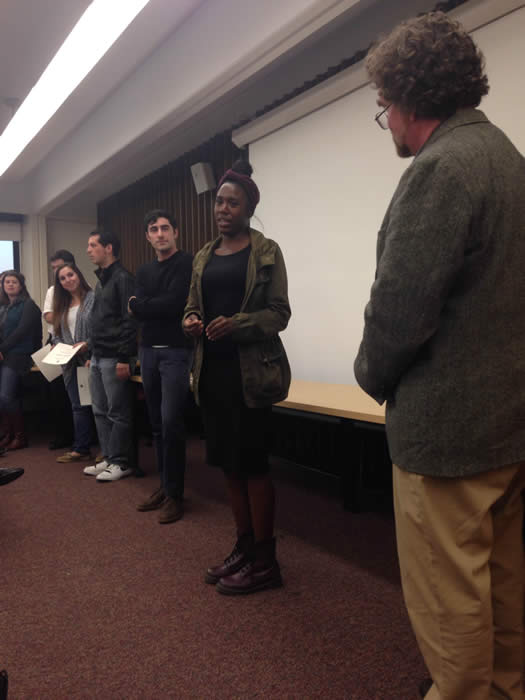 On October 7, about 30 students came to the Internship Celebration Night, also organized by Mark. Students who have completed internships received a certificate and spoke about their experiences, including how they found the position. Two students highlighted the departmental Bauer-Gordon award for unpaid summer internships, which allowed them to intern at the JFK Homesite in Boston.

On October 14th-15th, The Interdisciplinary Studies Institute (ISI) hosted “Forty Years After: Chinua Achebe and Africa in the Global Imagination."

The symposium marked the fortieth anniversary of Chinua Achebe’s lecture at the University of Massachusetts in 1975, entitled “An Image of Africa: Racism in Conrad’s Heart of Darkness. This symposium was devoted to the impact of Achebe’s lecture and the writer’s continuing legacy. Check out the event page information on the speakers. See photos and video from the event.

On October 8th, Professor John Higginson delivered a lecture titled, “‘Looking for Evil in All the Wrong Places’: Collective Violence & the Agrarian Origins of Apartheid, 1900-1948.”

Dr. Higginson's lecture is part of the Land Tenure Center’s Fall 2015 Film and Lecture Series at the University of Wisconsin-Madison. The lecture was co-sponsored by the UW-Madison Department of History and the African Studies Program. Visit the Land Tenure Center’s website for information about this and upcoming seminars. Stay tuned for a recap of the event.

Matthew Battles, associate director of metaLAB at Harvard, joined us in Herter for brunch on September 25. With metaLAB, Battles fosters research into the critical and curatorial dimensions of technology in art and culture and explores innovative models for publishing. He is also the creator of the Curarium project, which is a platform for exploring, analyzing, and making arguments about collections and the objects that constitute those collections. Curarium uses item-level annotations and repository-wide data visualizations to enable users to bring both objects and communities in which they belong into dialogue. 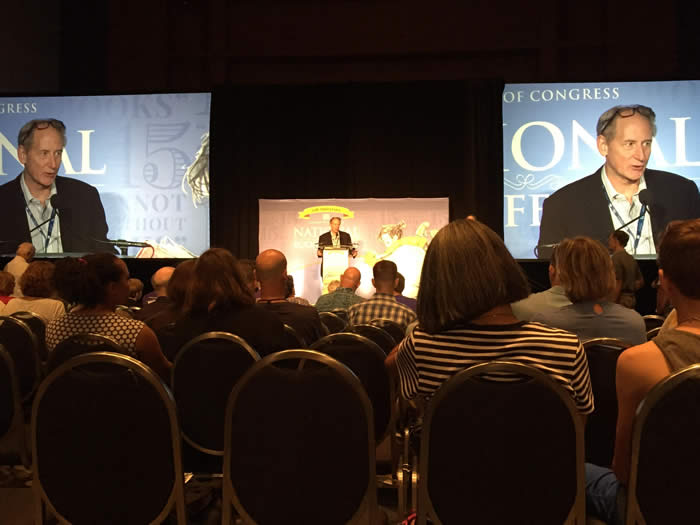 Appy spoke at a special panel on “The Human Side of War.” Other members of the panel included Tom Brokaw, author of the best-seller “The Greatest Generation”; Rick Atkinson, the Pulitzer Prize-winning author of the Liberation Trilogy; and Rajiv Chandrasekaran, former foreign correspondent for The Washington Post and author of “For Love of Country,” written with Howard Schultz. Read the Inside UMass story here.