Please click on the worker artists above for examples of worker art.  Week by week, we intend to grow this collection of images.   You might want to return periodically to see latest examples of art that inspires, art that challenges.

Also, check out #UMassBuildingBridges on Instagram for the latest posting by worker artists on campus.

In 1994, we launched the first-ever exhibition of worker art on campus, We Are More Than You See.  The exhibition was triggered by conversations happening in our Next Steps classes.  Workers were telling us that they felt invisible on campus, not only ignored, but worse, unseen.  The title, We Are More Than You See, was penned by worker artist Liz Scott, who, at various times, worked as a clerical and as a service-maintenance employee on campus.  The opening reception was standing room only, hugely successful.  During the next four years, we followed up with five more exhibitions, including an exhibit that explored how art heals in the wake of violence.  Anchoring that show: the art of a female staff member who suffered traumatic domestic violence and the art of one of our own teachers who had suffered state-sponsored torture, before he came to the U.S.  We paired these art exhibitions with a series of compilations of worker writing, the We Are More Than You See publications and public readings.    We also launched the first employee craft fair on campus.  All of these voice and visibility efforts drew throngs of  people.  And all of these efforts had co-sponsors, chief among them AFSCME Local 1776 and USA/MTA.

And then, there was an almost twenty year lapse.  Funding reductions across campus cut the resources needed to sustain these efforts.

In January 2017, a group of concerned campus students and faculty began meeting to craft a local response to the drumbeat of anti-immigrant bias in the headlines.  Building Bridges arose from this effort.  That summer, Civic Engagement and Service-Learning (CESL) submitted a proposal to create public art installations on campus, on which people could express, in art or words, thoughts on building bridges across difference.  Energized by these efforts, separately, we submitted a two-part voice and visibility proposal to pair displays of immigrant employee voice alongside an exhibition of worker art, activities to celebrate the frontline worker.  The Office of Equity and Inclusion funded both proposals, and suggested linking the three funded activities.  CESL agreed.  We agreed.  Thus Building Bridges.  Following a series of public engagement activities, the Building Bridges Showcase event opened on April 11, 2018.  Some 600 people experienced the immigrant employee panels, the participatory art installations, the exhibition of worker art, demonstrations and workshops by the artists, music by campus employees, and more.  An even more impressive line-up of Building Bridges activities was scheduled g throughout 2018-2019, culminating with the April 9, 2019 Building Bridges showcase event.  More than 750 people attended our April 2019 showcase event.  Some 1,500 people attended various Building Bridges events throughout FY 2019. 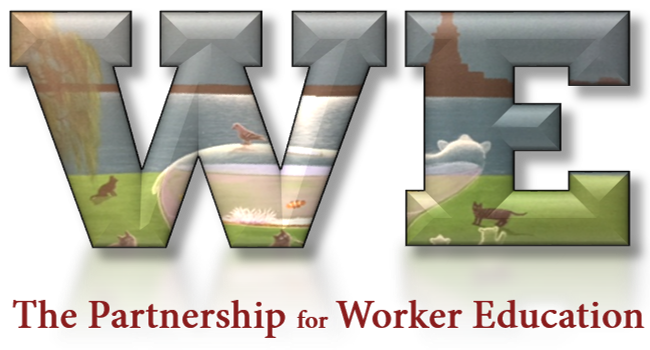