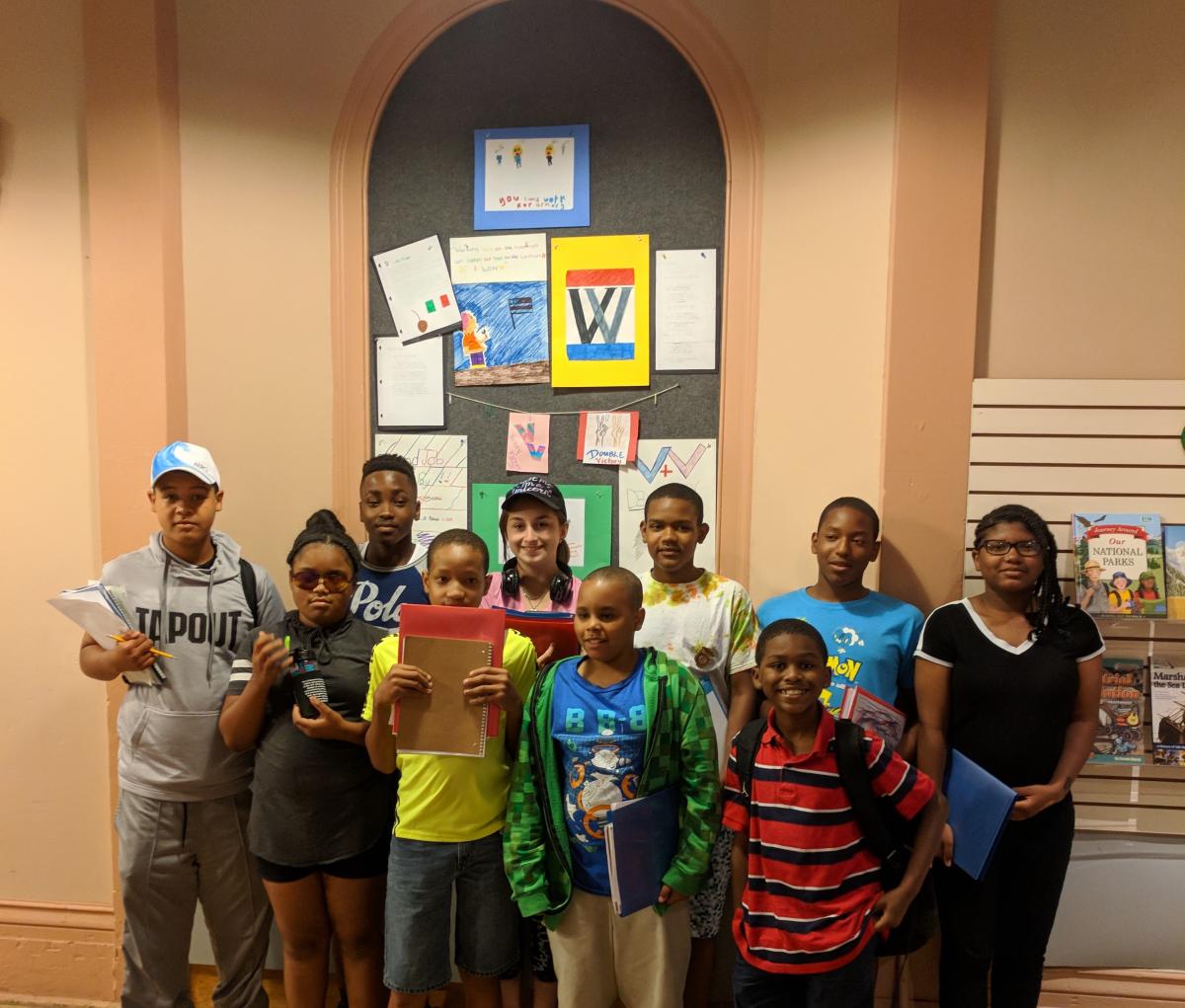 The Western Massachusetts Writing Project and the Springfield Armory National Historic Site have been partners for the past few years in hosting a summer program for Springfield Public School students. A valued and ongoing partner in the summer program and other collaborative projects between the WMWP and the Armory has been the Veterans Education Project. Thanks to funding from the National Writing Project, the National Park Service, and Mass Humanities, the experience at the Armory itself has provided dozens of Springfield youths with hands-on history-based projects through the use of writing and experiential learning. We've co-opted the title "Minds Made for Stories" from a book by the same name, for the program, as way to anchor the exploration of history with story and writing.

Although the model and the themes change from year to year, the structure has often been WMWP providing professional development for Springfield-area teachers to design and run the summer program, with support and visitors - such as military veterans and historical actors -- through the Veterans Education Project. Program themes have included women's roles in the homefront during World War II; how immigration impacted industrial development in the Pioneer Valley; Shay's Rebellion in Western Massachusetts following the American Revolution; African American heroes in the military and the Double V campaign (Victory Abroad/Victory at Home) as the spark of the Civil Rights Movement; technology and innovation; and more.

WMWP leaders help facilitate the program experience in partnership with the Springfield Armory staff and Springfield educators. For the last few summers, the John J. Duggan Middle School in Springfield has been the primary school partner, where teachers at the social justice-themed school have worked with WMWP and SPAR to develop a curriculum and then helped facilitate the week-long adventure.