The Massachusetts House and Senate have issued a proclamation honoring the UMass Wind Energy Center for 40 years of international leadership in wind technology research and education.

Speaking at an alumni weekend gathering titled “Celebrating 40 Years of Wind Energy,”  Sen. Stanley Rosenberg repeatedly pointed to the vision and dedication of professor emeritus of engineering and center founder William Edward Heronemus “who, in 1968, correctly predicted an impending energy crisis, began to foster an academic debate about our shared energy future, founded  the wind power group and began teaching wind engineering in the [UMass Amherst] engineering department in 1972.

The three-day program was organized by alumni, working with Heronemus’ daughter, Marcia Heronemus-Pate, as well wind energy advocates from throughout the country and other members of the Heronemus family, including Heronemus’ wife, Phyllis. Heronemus died in 2002

The program included a video greeting and presentation by Amory Lovins, co-founder of the Rocky Mountain Institute and author of, among other things, “Soft Energy Paths: Toward a Durable Peace, which became a pitotal work in energy policy analysis in 1977.

Also speaking was Hal Wallace of the Smithsonian's National Museum of American History who spoke about the targeted future for the UMass Wind Furnace-1, a wind turbine built by students, faculty and staff on the UMass campus in the mid-1970s and now housed at the Smithsonian. A permanent  display  commemorating  the Solar Habitat and Wind Furnace-1 was mounted in Gunness Lab in honor of Heronemus.

According to Rob Cox, director Special Collections-University Archive, much of the material gathered for and during the alumni event will be supplemented and will remain available at http://scua.library.umass.edu/wind/oral-history/

More information on the historically important role of the UMass wind energy program worldwide may also be found in “Wind Power for the World: The Rise of Modern Wind Energy,” by Maegaard, Krenz and Palz. 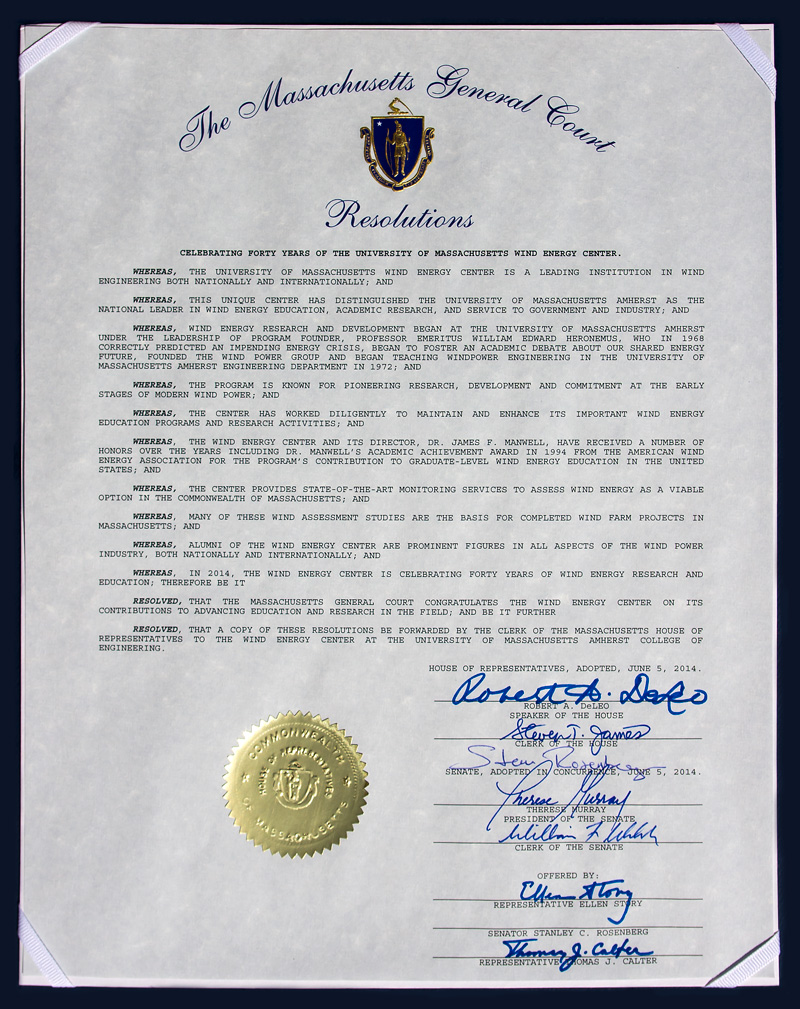