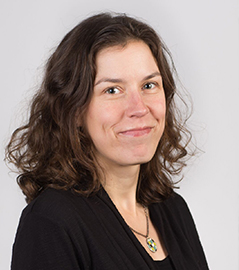 Professor Leng is Associate Professor and Director of Undergraduate Studies for the department. She is a historian of sexuality, feminism, science and humor. Leng received her B.A. from Queens University, Canada, her M.A. from Carleton University, Canada, and her Ph.D. in History and Women’s Studies from the University of Michigan, Ann Arbor. Leng’s research makes important contributions to the history of sexuality and sexology, to the history of science and feminist science studies, to studies of contemporary sexual subjectivity, and to feminist humor and media studies. Her most recent work takes up the issue of humor in feminist activism and feminist theory.

Her recently published book, Sexual Politics and Feminist Science: Women Sexologists in Germany, 1900-1933 (Cornell University Press, 2018), illuminates the neglected history of early 20th century women sexologists in Berlin and Vienna who used sexual science to challenge the gendered and heterosexist assumptions of their male colleagues. The book excavates the simultaneously liberating and constraining potentialities of these feminist sexological alternatives.  Her new book project rethinks the role and limits of humor in feminist politics by way of the long history of feminists’ use of comedy and jokes—from “first wave” farce to the sardonic and entertaining performative activism of the Lesbian Avengers and the Guerilla Girls to the cartoons of Alison Bechdel—and through explorations of the strategies and struggles of contemporary women comedians that have been highlighted by the #MeToo movement. Her work has appeared in journals such as the Journal of the History of Sexuality, Feminist Formations, Signs: A Journal of Women in Culture and Society, Gender and History, German History, History of Psychology, and the Journal of Women's History.

Leng is an award-winning teacher and regularly offers seminars on feminist theory, sex and science, feminist health politics, feminist comedy and humor, and sex and liberation in the 1970s. Before coming to the University of Massachusetts Amherst, Leng held a postdoctoral position with the Sexualities Project at Northwestern University (SPAN) and an ACLS New Faculty Fellowship with the Institute for Research on Women, Gender, and Sexuality and the Department of History at Columbia University.

“When Politics Were Fun: Recovering a History of Humor in U. S. Feminism,” Synoptique: An Online Journal of Film and Moving Image Studies 5, no. 1, special issue on “Humorous Disruptions” (synoptique.ca

“Cultural Difference and Demands for Progress: The Meaning of Ethnology in Early Twentieth Century German Sex Reform Politics,” Journal of the History of Sexuality 25, no. 1 (January 2016): 62-82.

“Permutations of the Third Sex: Sexology, Subjectivity and Anti-Maternalist Feminism at the Turn of the Twentieth Century,” Signs: Journal of Women in Culture and Society 40, no. 1 (Fall 2014), 227-254