The University of Massachusetts Amherst continues its commitment to waste reduction, recycling, and composting by signing on to the 2018 RecycleMania competition. UMass Amherst is competing against 400 other universities and colleges in a national competition that runs from February4 -March 31 which helps colleges and universities advance campus recycling and waste reduction efforts. In addition to the national competition, ResLife, OWM, and RHA are partnering to host a campus-wide competition between residence halls.

How do I participate?

Get it to the bin! Recycle your recyclables and compost your food waste & compostable containers. Make sure that you review the signs that indicate what items are accepted. Remember compostables go in the trash (not the recycling) where compost bins are not available. Learn more about what is and isn't recyclable at UMass.

When are results announced? 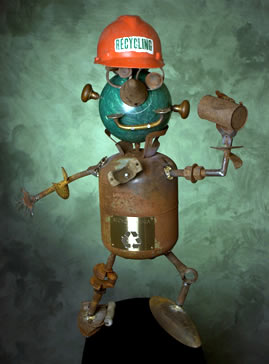 Track current rankings for the national competition on the RecycleMania Leaderboard.

General information regarding the campus competition is available at Sustainable UMass.

Each week, five randomly selected residents of the winning residence hall will receive solar chargers!
AND if UMass Amherst wins a category in the national competition, the University will be featured on the
RecycleMania website and receive a national press release. UMass will also receive an awesome award made
out of recyclable materials and win the right to host that category’s special traveling trophy for next year!

We have chosen 10 schools from the national competition to follow closely and try to compete against head to head! These include schools of similar size and organization, and some in the local area!

Congradulations to UMass and thank you to everyone who participated throroughly! There's still room for improvememnt, so keep recycling!