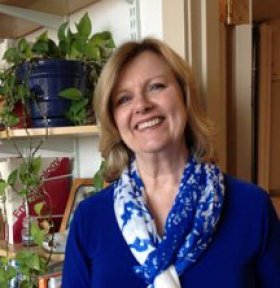 Research in our laboratory focuses on: 1) understanding the molecular and cellular mechanisms underlying the brain signal for ovulation; 2) determining developmental mechanisms responsible for sex differences in the brain region that controls ovulation and 3) determining how exposure to environmental contaminants like dioxins interferes with the development of this brain region and gonadotoropi release patterns.

The Brain Signal for Ovulation

As ovarian follicles mature, they release increasing amounts of estradiol (E2). This increase in E2 triggers a number of signals that culminate in activation of gonadotropin-releasing hormone neurons (GnRH), which activate a surge of luteinizing hormone (LH) release from the pituitary gland. The LH surge then triggers ovulation. We previously showed that the anteroventral periventricular nucleus (AVPV) is a brain region in which E2 must act to trigger the LH surge. More recently we found that the targets of E2 in the AVPV are unique dual-phenotype GABA/Glutamate neurons. These neurons are more than twice as abundant in females than in males and they synapse on GnRH neurons. In the presence of E2, GABAergic vesicles in these synapses are high during the morning, but then decrease at the time of the LH surge, when glutamatergic neurons predominate in the dual-phenotype terminals. These findings are consistent with the idea that GABA inhibits the LH surge and glutamate stimulates it. We are currently using in vivo and in vitro approaches to determine how daily signals and E2 interact to change the rates of GABA and glutamatergic release from these dual-phenotype neurons, thereby stimulating GnRH and LH surge release.

Development of Sex Differences in the AVPV

Only females show activation of GnRH neurons and LH surge release in response to E2; males show tonic, rather than cyclic patterns of LH release. The sex-specific patterns of LH release are established during the perinatal period and the resulting pattern is determined by whether or not animals are exposed to testosterone. If males are gonadectomized during the perinatal period, they are able to show female-typical LH surge release. Similarly, if females are exposed to testosterone, or E2 derived from testosterone, they lose the potential for LH surge release. Our work suggests that GABA/Glu neurons are more than twice as numerous in females as in males and that perinatal exposure to testosterone masculinizes the number of GABA/Glu neurons and abolishes the potential for LH surge release in treated females. These findings together with our previous findings that GABA/Glu neurons make up most of the AVPV and contain all the ER in the region, support the idea that these unique dual-phenotype neurons are key to the sex-specific signal for ovulation. We are currently investigating the developmental mechanisms underlying sex differences in GABA/Glu neurons of the AVPV.

Dioxins Interfere with Sexual Differentiation of the AVPV

Dioxins are ubiquitous environmental contaminants that are quite potent in disrupting neural development. Of particular concern are findings that exposure to the prototypic dioxin, 2,3,7,8-tetrachlorodibenzo-p-dioxin, prevents defeminization of the LH surge mechanisms such that exposed males show LH surge release. Dioxins and a number of dioxin-like compounds act through the arylhydrocarbon receptor (AhR) and often exert anti-estrogenic effects. We recently found that the AhR is found in GABA/glutamate neurons of the developing AVPV and that a single exposure to TCDD prevents the E2-dependent loss of GABA/Glu neurons in the region. Thus, males retain the female AVPV neuroanatomy and gonadotropin release pattern. We are now using genomics methods to identify sex-specific genes that are regulated by both E2 and TCDD.