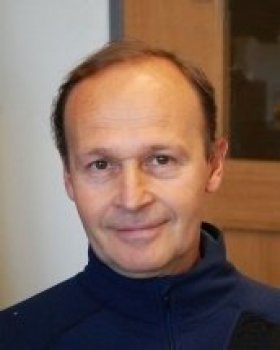 Ca2+ Release Mechanisms in Mammalian Eggs During Maturation and Fertilization

My laboratory is interested in understanding the mechanism by which the sperm is able to induce activation and trigger development in mammalian eggs. It is widely known that at fertilization the sperm induces Ca2+ oscillations and this Ca2+ release is the signal responsible for triggering the majority of events that culminate in embryonic development. However, how the sperm first signals Ca2+ release and oscillations in eggs remains to be elucidated. Therefore, a main topic of research in our laboratory is to identify the pathway, and isolate the molecule(s), responsible for this specific event of Ca2+ signaling. We are using several techniques to approach this question including intracellular Ca2+ signaling, in vitro fertilization, intracytoplasmic sperm injection (ICSI), protein purification using column chromatography, and the application of multiple agonists/antagonists of common signal transduction pathways.

In another line of research, we are trying to understand the regulation of Ca2+ release through the inositol 1,4,5-triphosphate receptor (IP3R). This receptor is thought to mediate the totality of Ca2+ release during fertilization in mammals. Furthermore, it undergoes specific degradation as the first cell cycle progresses, and this degradation appears to be exclusively associated with IP3 production. We are investigating whether or not changes in the cell cycle affect the conductivity of the receptor, and the pathway by which the receptor is degraded in mammalian eggs. To address these questions we are using kinase assays, western blotting, microinjection and inhibitors of the proteasome, expression of IP3R mRNAs and mutations of the receptor. We have also recently identified a new inhibitor of the IPR3R-1, KN-93, and are in the process of characterizing its mechanism of action.