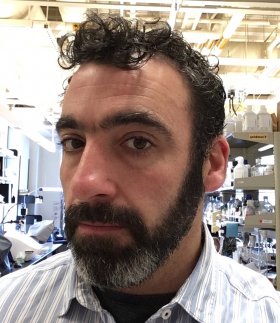 Streamline assessment of early lethal phenotypes in the mouse.

Check out all of our phenotypic analysis of novel Knockouts HERE

The goal of this project is to characterize mutant mice generated by the Knock-out Mouse Consortium (KOMP2) that have lethal phenotypes occurring before to E9.5.  Thus far we have nearly 100 distinct KOMP2 knockout lines successfully pass through our phenotyping pipeline. We will provide date to the IMPC to be incorporated into the international effort to functionally annotate the mammalian genome. Thus far we have found approximately equal distribution of phenotypes – approximately half gastrulation/perigastrulation phenotypes and the other half with preimplantation/implantation phenotypes.  This is not unexpected as one of our original goals was to determine if there are specific milestones during development at which embryos would arrest or present phenotypic abnormalities (as opposed to a gradient of phenotypes across all time points). This data set will drastically increase the number of documented early phenotypes and we believe it is the largest consistent characterization of early phenotypes on record.

This primary screen will provide baseline phenotypic data for many novel knockouts. To our knowledge this is the first systematic study of early lethal knockouts conducted using similar mutation strategies on the same genetic background (C57Bl/6JN). This large-scale analysis allows us to draw conclusions regarding developmental constraints during mammalian development and will provide a road map to early phenotypic characterization.

Comrehensive genome sequencing has the potential to dramatically improve our understanding of the genetic underpinnings of normal biology and disease states. Uncovering how complex genomes are epigenetically modified and identification of the protein and RNA mediators responsible is a critical next step towards understanding the dynamic changes that occur throughout development and differentiation. My interests lie in understanding this epigenetic regulation of mammalian genomes, and we use the earliest stages of mouse development as a model system. Although brief in time, preimplantation development is an extremely dynamic period during which major epigenetic remodeling occurs, and the very first cell fate decisions are made. These key biological processes require global, yet exquisitely precise chromatin remodeling. We utilize various RNAi approaches towards identification of genes that regulate these earliest epigenetic decisions that occur during oogenesis and preimplantation development.

Epigenetic regulation during preimplantation development begins with the remodeling of egg and sperm haploid genomes prior to pronuclear fusion. By the time of blastocyst formation (3.5 days post fertilization in the mouse), differential chromatin structure has been established at sites throughout the genome, including parent of origin imprinted domains as well as trophoblast and ICM specific gene expression. To capitalize on the manipulability of this early window of epigenetic reorganization, we knock-down candidate transcripts by injecting or electroporating long dsRNAs into single cell embryos, followed by in-vitro culture until the blastocyst stage.

Genome imprinting is an epigenetic mechanism resulting in differential transcriptional activity between the two parental alleles. It is well established that differential chromatin structure accompanies this parent of origin gene expression. More specifically, DNA hypo/hyper-methylation, and core histone modifications (acetylation/methylation) differ between the active and silent alleles. Disruption of any one of these chromatin modifications may result in loss of imprinting at particular loci, making imprinted genes sensitive “reporters” of epigenetic regulatory mechanisms. In addition to harboring the necessary polymorphisms for imprinting and X inactivation assays, the mouse strains used for the phenotypic screen also carry an EGFP transgene driven by the Oct4 promoter, which is specifically expressed in the ICM at the blastocyst stage. We therefore screen for loss of imprinting, defects in trophoblast/ICM differentiation, as well as developmental arrest and morphological abnormalities all within the same embryos. To date we have funtionally assessed more than 600 genes with this strategy and identified many novel phenoytpes.

Regulation of Genomic Imprinting During Gastrulation

Genomic imprinting is an epigenetic phenomenon that results in parent of origin mono-allelic gene expression. The majority of imprinted genes reside in coordinately regulated clusters containing oppositely imprinted transcripts. Although allele specific DNA methylation and histone modifications have been shown at many imprinted loci, tissue and temporal specific mechanisms in vivo that establish and interpret these epigenetic marks are not fully defined. The mechanisms that regulate establishment and interpretation of epigenetic marks at imprinted loci are also essential for reprogramming – both during development in vivo and during induced pluripotency and somatic cell cloning.   Thus, understanding the full cadre of in vivo mechanisms regulating epigenetic events will guide our derivation and use of pluripotent cells.

We have discovered tissue specific regulation of genomic imprinting at the Igf2r locus during gastrulation in vivo. At the Igf2r/Airn imprinted cluster, paternal expression of the long non-coding RNA Airn has been shown to silence the paternal alleles of Igf2r, Slc22a2, and Slc22a3 resulting in maternal expression of these genes, and reciprocal imprinting at the locus. We have found that imprinting of Igf2r and Airn is regulated differently in distinct gastrulation lineages. Although imprinted expression is present in extraembryonic tissues at all stages, Igf2r is biallelic and Airn is not expressed in the epiblast prior to gastrulation. Once gastrulation commences, Igf2r and Airn become reciprocally imprinted. We also observe spreading of DNA methylation coincident with the start of gastrulation. Importantly, these results indicate epigenetic alterations occur as the epiblast differentiates into embryonic lineages, similar to what occurs as the zygotic genome is reprogrammed during preimplantation development.  We are continuing to define the mechanisms that are necessary and sufficient to achieve distinct lineage specific regulation of imprinting during gastrulation and determine the extent of epigenetic alterations in the newly formed germ layers using next-generation sequencing techniques.