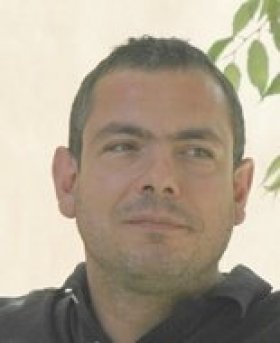 Movie is a model of ADAM13 protein. The Metalloprotease domain is grey, Disintegrin in Blue, Cystein rich in purple, EGF repeat in green.

ANIMLSCI 795A - Journal Club in Cells, Genes and Development

The Alfandari lab studies how the face of vertebrate embryos is built. The main source of cells for this process are the Cranial Neural Crest Cells (CNC), which are induced at the border of the neural plate (Future brain and spinal chord) and move ventrally to produce the bones, cartilage, muscles and ganglia of the face.

New RO1 with our collaboartor Dr. Sally Mody to study the role of Six1 partners in Craniofacial development and Branciootorenal spectrum disorder.

Renewal of our long term RO1 to study the mechanism of Cranial neural crest cell migration.

Also a New NIH grant to produce and characterize 100 monoclonal antibodies to Xenopus protein for the scientific community.

Here is the link to the most current list of antibodies and their target. https://docs.google.com/spreadsheets/d/1AFLp1PcfMkXJ8SVSZ6W-HaE0K5pC1nZ6WlnUqzY_Zu0/edit?usp=sharing

Project 1: To study the interaction between the transcription factor Arid3a and the ADAM metalloproteases

Project 2: To identify partners of the transcription factor Six1 in Xenopus embryos

Project 3: To produce and characterise monoclonal antibody. This project is excellent for students interested in industry rather than academia.

The following movies show cranial neural crest cell migration in vivo (in the embryo) or in vitro (In a dish). In vivo the neural crest were labeled with a fluorescent marker before they were grafted into a host embryo.

How does a cell move? Cells move all the time in our bodies, to repair wounds, to attack pathogens, to fight cancer or in some cases to allow cancer to spread and invade new organs. In embryos, cells move great distances to produce the various shapes and complex organs.

We study how cells move in a developing embryo. More specifically, how do they start? How do they know where to go, where and when to stop? One of the best examples of cell movement (see movie) is the migration of cranial neural crest cells. They are borne at the border between the neural and non-neural ectoderm in the dorsal side of the embryo and migrate to the ventral side of the embryo to create all of the structures of the face (bones, cartilage, muscle and ganglia).

Our laboratory is funded by the NIH (NIDCR) to understand how metalloproteases that are expressed at the surface of the cranial neural crest help these cells move. We aim to understand which proteins are cut by these proteases and how this cleavage changes the function of these target proteins to favor cell movement. Clearly if these proteases can promote cell migration in the embryo, they may also promote cancer cell dispersion (Metastasis) so that understanding how they work and how we can stop their function may also lead to new approaches to cancer treatment.

The Alfandari lab in the news.

Previous members of the lab