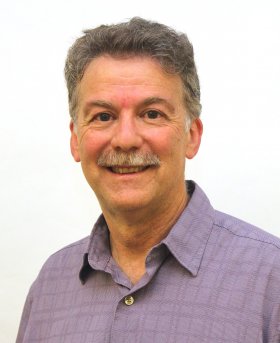 Reproductive factors and family history of breast cancer are among the most consistent predictors of an individual’s risk of developing breast cancer. These observations emphasize the important contributions of both genetic background and hormonal exposures in determining the risk of breast cancer. Through the use of contemporary techniques in molecular and cellular biology with animal models and primary cultures of human breast cells, we are defining the cues that influence development of the breast epithelium and providing mechanistic insights into the genetic and cellular basis for susceptibility to breast cancer.

The p53 tumor suppressor protein is a major focus of the laboratory because of its pivotal role in cancer. In addition to its role in genome surveillance, we found that loss of p53 allows expansion of the mammary stem cell population and this can be reversed by inhibition of Notch. Surprisingly, the fundamental actions of p53 on genome surveillance are enhanced by hormonal stimuli during pregnancy and contribute to the reduction in mammary tumors afforded by a full-term pregnancy. Administration of exogenous estrogen was sufficient to mimic the effect of pregnancy. Although estrogen stimulates proliferation, it also potentiates the p53-mediated apoptosis. These duplicitous actions of estrogens appear to be regulated through distinct estrogen receptors alpha and beta. The genes that arbitrate the decisions of whether cells live or die in response to stress stimuli represent critical pathways determining risk or resistance to breast carcinogenesis. Selective activation of the genome surveillance actions can be harnessed for the prevention of breast cancer and adjuvant therapies forthose tumors with functional p53.

The frequent mutation of p53 in breast cancer reflects its critical role. However, in mice bearing mutations in p53, the incidence of mammary tumors differs dramatically among strains. Naturally-occurring variants in homology-directed DNA repair have revealed a profound role for this pathway in determining risk of mammary tumors. To translate these observations to humans, we have collaborated with clinicians and scientists at Baystate Medical Center to establish the Rays of Hope Breast Research Registry. Through this prospective cohort, we have consented nearly 1000 women and established primary breast epithelial cells from ~200 women. These resources allow us to define the mechanistic basis for differences in responses to exposures to estrogens and environmental chemicals that can predispose individuals to breast cancer. We are also studying the molecular basis for premalignancy using gene expression profiles from atypical ductal and lobular hyperplasias. These studies provide the basis for diagnostic tests defining which patients are at high risk and should consider treatments while also providing insights into the molecular basis for premalignancy in the human breast.