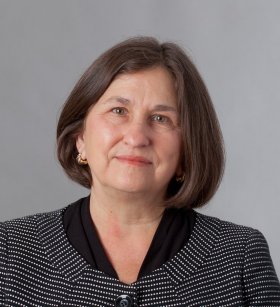 Cynthia Baldwin has been an investigator in the area of cellular immunology for over 30 years.  Her research has focused on cellular responses to bacterial and protozoan pathogens of humans and livestock including Brucella, Leptospira, Mycobacteria and Theileria. In addition, her research has emphasized the characterization and function of gamma delta T lymphocytes (γδ T cells) in the bovine model. With regard to the latter, she and her colleagues have demonstrated that expression of a family of novel pattern recognition receptors, known as the WC1 co-receptor family, by γδ T cells designates antigen reactivity, in conjunction with the T cell receptor, by binding pathogens and pathogen components directly. WC1 molecules are members of the scavenger receptor cysteine-rich (SRCR) superfamily and are highly relate d to the CD163 family. Gamma delta T cells stimulated in this manner have immunological memory and appear to be an important component in the response to leptospira vaccination that results in a pro-inflammatory (Th1) type immune response as well as to Mycobacteria bovis infection. These discoveries may influence the way we think about γδ T cells as players in adaptive immunity and potentially in vaccine development.

The lab also studies Brucella abortus, a bacterium that causes disease in a wide variety of agricultural animals and is an important zoonotic pathogen in people, to evaluate how some animals but not others successfully control infections by intracellular pathogens. While macrophages are normally considered to be a primary cell for mediating innate immune responses by phagocytosing and destroying microbes that infect mammals, some microbial organisms including some bacteria and protozoa, have specifically adapted themselves to survive and replicate in host cells thereby “hiding” from protective immune responses. The lab is particularly interested in the role of host cytokines produced by T lymphocytes in controlling the infection through their ability to activate or suppress macrophage antimicrobial activities. Using the mouse model Dr. Baldwin's lab has shown that responses by B lymphocytes actually impede protective inflammatory immune responses and prolong the high plateau of a primary infection and are themselves infected with the bacterium; these B cells produce regulatory cytokines that are known to suppress macrophage activation.

In the process of defining immune function in cattle, the lab has put effort into reagent development which is shared with the veterinary immunology research community. Dr. Baldwin currently leads the US-Veterinary Immunology Reagent Network (VIRN), a consortium of academic researchers developing reagents and improving immunological capability in a number of species, linked with an industrial partner for technology transfer in the USA. Cynthia is a long-serving Editor-in-Chief of Veterinary Immunology and Immunology, a journal for comparative immunology. She also serves as a Jefferson Science Fellow at the US Department of State/USAID (2009 – 2015) in Washington, DC. As part of her duties there, she travels to Africa in conjunction with the development of the Obama administration’s “Feed the Future” program to increase world food security, which includes a research agenda for reducing infectious diseases in livestock.

She is currently the Principal Investigator on three federally-funded grants in support of global food security including one from the joint National Institute of Food and Agriculture (NIFA) and the National Institute of Health’s program “Dual Purpose with Dual Benefit: Research in Biomedicine and Agriculture Using Agriculturally Important Domestic Species”. This work has the goal of using large animal models of disease (i.e. cattle) to investigate the role of γδ T cells in immune responses to vaccines against Mycobacteria and Leptospira for the benefit of both humans and animals alike.