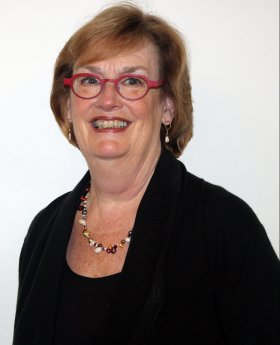 The Osborne laboratory focuses on the differentiation and function of mature CD4+ lymphocytes. In particular, we are interested in the role of Notch proteins in CD4+ maturation and function. Over the past several years, we have demonstrated that Notch plays a critical role in the differentiation of the T-helper 1 (Th1) and T-helper17 (Th17) subsets of T cells. Both Th1 and Th17 cells have been implicated in several diseases including experimental autoimmune encephalomyelitis (EAE), a mouse model of Multiple Sclerosis. Using gamma-secretase inhibitors (GSIs), compounds that block the activation of Notch, we have found that we can block the development of EAE in mice, suggesting that GSIs may be a possible therapeutic for the treatment of MS. Our current studies are focused on determining how Notch signaling influences the development of EAE as well as determining which Notch family member is important in the development of disease. In mammals, there are four Notch family members and it is unclear which Notch family member is most important in driving EAE. Our studies with gamma-secretase have led to a recognition that this enzyme may play a key role in regulating immune responses through its action on many immune receptors.  Gamma-secretase is a unique intramembranous enzyme that has the ability to cleave numerous Type I membrane proteins.  We are actively investigating the role of this enzyme in regulating the activity of a wide variety of immune receptors.

Additionally, in collaboration with our colleagues in the UMass IALS Center for Bioactive Delivery, we are actively engaged in developing tools that will allow us to selectively inhibit Notch signaling in potentially pathogenic T cells. In these studies, we are exploring how nanogels, carrying a variety of cargos, may be specifically targeted to selected T cell subsets.