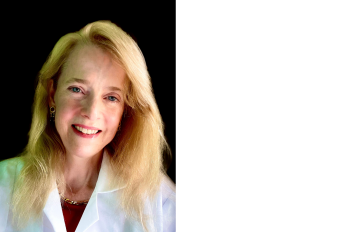 A University of Massachusetts Amherst immunologist has won a three-year award from the U.S. Department of Agriculture (USDA) to examine how to use a family of ancient immune receptors, going back to sea urchins, to recruit an underutilized and mysterious T cell in vaccine design.

The $642,000 grant from USDA- National Institute of Food and Agriculture (NIFA) will enable Janice Telfer, professor in the Department of Veterinary & Animal Sciences, College of Natural Sciences to advance knowledge in universal vaccine design strategies.

Animal health is of great importance, in agricultural, food security, general economic and public health terms. The diseases that this grant proposes to investigate (tuberculosis, leptospirosis, Johne’s disease, and porcine reproductive and respiratory syndrome virus (PRRSV)) cause billions of dollars in losses to U.S. agricultural producers. In addition, tuberculosis, leptospirosis, and Johne’s disease are zoonotic diseases, in which animals can serve as reservoirs and vectors of disease for humans. For example, Mycobacterium tuberculosis and Mycobacterium bovis, the bacteria that cause tuberculosis, infect one third of the world’s human population, and are responsible for 1.5 million human deaths worldwide per year. While Mycobacterium bovis infection of livestock and humans has been nearly eliminated in the U.S. by decades of culling infected animals and pasteurizing milk, importation of infected livestock and dairy products from Mexico and infected deer reservoirs have resulted in cattle and human infection and deaths in the U.S. The rise in consumer demand for “raw” unpasteurized milk also increases the danger of a Mycobacterium bovis outbreak.

History has shown that the best way to treat disease is to prevent it through vaccination, with the long-term goal of driving it into extinction. Smallpox and rinderpest viruses are two examples of pathogens that are now extinct because of vaccination. Disease prevention is especially important in agriculture, in which diseases may not be fatal to all animals, but severely impact producers because animals fail to reach market weight in a timely fashion, incur veterinary medical bills, and fail to deliver viable young. Chronically infected animals can infect the whole herd or flock, and infect humans. Thus, it is critical to develop effective vaccines to prevent animal pathogens from gaining a foothold and escaping to infect humans.

Most classic vaccines rely on activating a white blood cell called a “B cell”, which produce antibody proteins that bind specifically to the pathogen and lead to its elimination. These B cells produce only one type of antibody per cell and display a memory response, in that they act faster the second time they encounter the pathogen and are thus able to prevent infection. However, many pathogens are able to evade these antibodies through mutation because antibodies are so exquisitely specific. Unfortunately, this has happened most recently with the Covid-19 omicron variants. For these immune system-evading pathogens, it has proven beneficial to design vaccines that recruit a second type of immune cell capable of a memory response, the T cell. There are two types of T cells: alpha beta T cells and gamma delta T cells. Much more is known about alpha beta than gamma delta T cells, but it is known that gamma delta T cells respond much more quickly than B cells or alpha beta T cells, that they can recognize pathogen molecules that are integral to pathogen survival and thus, that the pathogens can’t mutate, and that, unlike B cells, they make the potent protective chemical interferon-gamma.
Professors Telfer and Cynthia Baldwin have shown that the efficacy of a vaccine to the bacteria Leptospira in cattle is correlated with the development of an early acting gamma delta T cell memory response, and that a gamma delta T cell protein called WC1-3, which binds directly to Leptospira, is involved. WC1-3 is only one of 13 WC1 genes in cattle that have been conserved over millions of years of evolution. Multiple duplicated genes that have not changed over millions of years indicates that they have co-evolved with multiple pathogens and that they each play an important and potentially different role. Telfer will focus on generating research and therapeutic tools recognizing WC1 called “nanobodies”, and how to activate gamma delta T cells through WC1 protein interactions with pathogens, with the long-term goal of creating more effective next-generation and universal vaccines that recruit multiple arms of the immune response, including the early and potent gamma delta T cell response.
(Media contact: NIFA Director of Communications Faith Peppers, faith.peppers [at] usda.gov, (816) 745-0959)
KANSAS CITY, Mo., March 16, 2022 – The U.S. Department of Agriculture (USDA) National Institute of Food and Agriculture (NIFA) today announced an investment of over $13 million in research that explores novel therapies and prevention strategies for animal diseases that cost the agricultural industry billions worldwide.
“The health of agricultural animals is critical to ensuring the U.S. maintains a safe and adequate food supply,” said NIFA Director Dr. Carrie Castille. “The research we are funding with these grants will create new knowledge and spur discoveries that enhance production efficiency and improve animal health and welfare.”
The 24 grants announced today are part of NIFA’s Agriculture and Food Research Initiative’s (AFRI) Diseases of Agricultural Animals program area priority. They will support projects at 17 universities focusing on disease prevention, vaccine development, and management strategies to maintain healthy agricultural animals.
This newly funded research investigates diseases affecting a full range of species, from cattle, poultry and pigs to horses, sheep and fish. The knowledge created by this research promises to aid farmers and ranchers in improving animals’ resistance to disease while also catalyzing the development of novel prevention and treatment methods.
NIFA invests in and advances agricultural research, education and Extension across the nation to make transformative discoveries that solve societal challenges. NIFA supports initiatives that ensure the long-term viability of agriculture and applies an integrated approach to ensure that groundbreaking discoveries in agriculture-related sciences and technologies reach the people who can put them into practice. In FY2021, NIFA’s total investment was $1.96 billion.
Visit our website: www.nifa.usda.gov; Twitter: @USDA_NIFA; LinkedIn: USDA-NIFA.