When The Soul Looks Out: Selections from Dr. Yusef Lateef’s Creative Writing

Curated and directed by Priscilla María Page
Dr. Yusuf Lateef is a towering figure in jazz, a deeply spiritual and philosophical man whose recordings and teachings have left a lasting imprint in the world of music. We are proud to be a part of the Centennial Celebration of Yusef Lateef, coordinated by Glenn Siegel as part of the Magic Triangle Series out of the UMass Fine Arts Center. To honor Dr. Lateef’s legacy, Dr. Page has curated a filmed presentation of his writings, Midnight in the Garden of Love, Spheres, and Another Avenue, performed by Five College and UMass Theater alumni, faculty, and students with guest artists Miles Griffith, Mary LaRose, and Fay Victor. When the Soul Looks Out will premiere online on Oct. 9. Visit the Fine Arts Center Box Office for information about this event and the other presentations marking Dr. Lateef's Centennial. 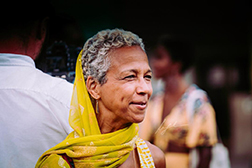 For over four decades, Iya Awotunde Judyie Al-Bilali has been an innovator in the fields of performing arts, arts education, and applied theatre. An actor, director, playwright and producer, she has worked off-Broadway and in regional theater nationwide. She is currently Associate Professor of Theater for Social Transformation at the University of Massachusetts/Amherst. As a Fulbright Scholar at the University of the Western Cape in South Africa she created Brown Paper Studio, a trademarked applied theatre methodology. Iya Judyie is the author of two books, For the Feeling: Love & Transformation from New York to Cape Town, a memoir about her experiences living in South Africa and Halcyon Days, a book of haiku poetry. Her work is featured in the award-winning, bestselling book Black Acting Methods: A Critical Approach. 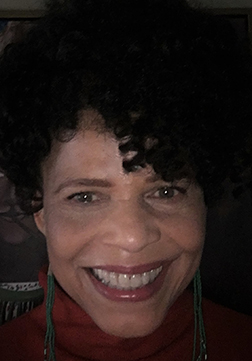 Ifa Bayeza is an award-winning playwright, director, composer, novelist and educator.  Her works for the stage include The Till Trilogy, Homer G & the Rhapsodies in The Fall of Detroit (Kennedy Center Fund for New American Plays Award); String Theory; Welcome to Wandaland, A Fictional Autobiography; and the musicals Kid Zero, Charleston Olio and Bunk Johnson, LIVE, at The Shadows! Bayeza co-authored with her sister Ntozake Shange, the novel, Some Sing, Some Cry, chronicling 200 years of African American music through seven generations of women. A four-year Distinguished Visiting Scholar at Brown University, Bayeza is a graduate of Harvard University, and has an MFA in Directing and Dramaturgy from the University of Massachusetts Amherst. She is currently artist-in-residence at Shadows-on-the-Teche in New Iberia, Louisiana. Through a Roy Cockrum Foundation award, Mosaic Theatre Company of DC will mount The Till Trilogy in full, with all three plays running in repertory in the summer of 2021. 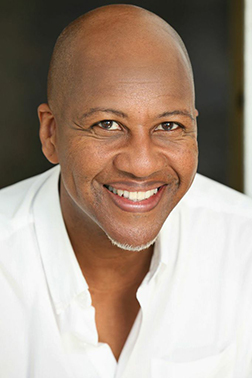 Djola Branner combines movement, sound and light to create compelling portraits of American life for the stage. Co-founder of the critically acclaimed performance group Pomo Afro Homos, he toured nationally and internationally with their shows Fierce Love: Stories from Black Gay Life and Dark Fruit. He has created such original dramas as The House that Crack Built, Sweet Sadie, Mighty Real: A Tribute to Sylvester, and contributed to such anthologies as “Voices Rising, Colored Contradictions and Staging Gay Lives”. Branner’s interdisciplinary theatre has been supported by Creative Capital, the McKnight, Jerome and Bush Foundations, and his book of collected plays, sash & trim, was a finalist for the Lambda Literary (2014). He is currently a full Professor of Theatre at Hampshire College, where he teaches playwriting and performance. 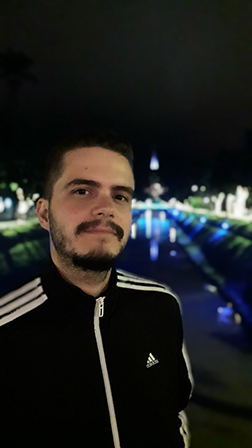 Pedro Eiras has a Bachelor's Degree in Social Communication from the Federal University of Rio de Janeiro and a Master's Degree in literature and film from the University of Massachusetts Amherst. As a screenwriter and director, he is responsible for the micro-films The Distances and Catarse, the short films Save Ana and The Interview, and the TV project/pilot Genesis (semifinalist at the 2018 Frapa Screenwriting Contest - Brazil's largest screenwriting contest). His historical fiction miniseries Savage Land was selected for the open fiction pitching at the 2018 Rio Content Market event, for the 2018 Varilux Film Festival Screenwriting Lab, and was a finalist at the 2018 Frapa Screenwriting Contest. He adapted the book The Victims of the Eastern Wind, by Manuel Lopes, into a screenplay. He has taught dramaturgy and screenwriting at the Catholic University of Petrópolis, and is working on the virtual production of his first full-length play, The Prodigal Son. 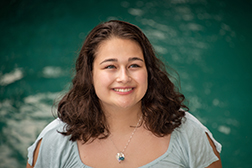 Sophie Eisenthal is a freshman at UMass Amherst and is so excited to get the opportunity to be a part of her first UMass Theater project! A psychology major and a theater minor, Sophie loves to learn and act. Besides doing school work, Sophie can be found spending time reading, hanging with friends and family, doing art, and crocheting. Having acted in several productions including Annie, The Drowsy Chaperone, A Midsummer Night’s Dream, and Evita, as well as assistant directed a production of Almost, Maine, Sophie is ecstatic to continue her career in the theater! 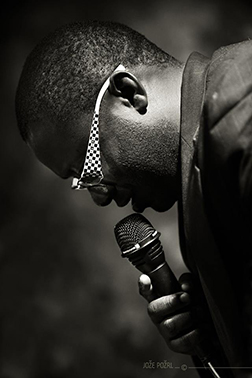 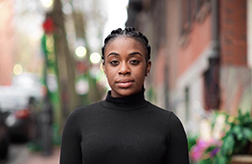 Sabine Jacques holds a BA in African-American studies and a Multicultural  Certificate in Theater from the University of Massachusetts Amherst. She is currently working on her Masters in International Education and Certificate in Social Justice Education. Sabine proudly identifies as an Arts Activist. Sabine has performed in landmark productions such as Collidescope 2.0: Adventures in Pre and Post-Racial America by Ping Chong and Talvin Wilks, Infants of the Spring, adapted and directed by Ifa Bayeza, and We Are Proud to Present. . ., witten by Jackie Sibblies Drury and directed by Jen Onopa, all at the University of Massachusetts Amherst. When Sabine isn’t performing or studying, she is holding space for Black artists to heal and be in community with one another through her webinar series #MyBlacknessIs, which is a space for Black artists to showcase their art and engage in dialogue, as a decolonizing practice, that asks critical questions around the use of art for social and personal transformation. 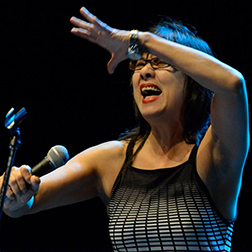 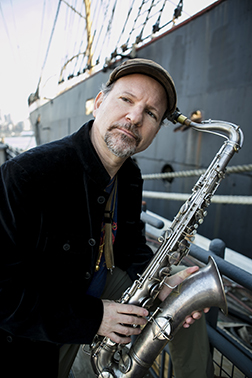 Jeff Lederer is a saxophonist/clarinetist/composer who has been included in the Downbeat Critics’ and Readers’ poll each year since 2014.  He leads ensembles including the “Shakers n’ Bakers”, “Sunwatcher” and “Brooklyn Blowhards” and is the founder and director of the Visionary Youth Orchestra. Lederer also plays in the groups of Matt Wilson, Bobby Sanabria, Allison Miller, Jimmy Bosch and many others.  Lederer was recently named as a “Musician to Watch in 2017” by JazzWise magazine in London and has recently appeared in the North Sea, Molde, Monterey, Chicago, Earshot Seattle, Azores and Guimaraes Jazz festivals where he was be the 2017 artist-in-residence.  He is currently serving as Director of Jazz Studies and professor of Jazz Saxophone at Long Island University. 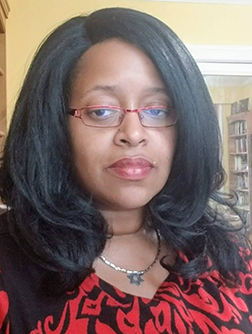 Ron’na J’Q Lytle earned her B.A. from UMass Amherst in Women and Gender Studies and her M.Ed. in Higher Education Administration from Salem State University. Ron'na works at Westfield State University, where she has been for sixteen years supporting students in their goal of achieving their undergrad degree and making a change in this world. She is an avid supporter of the arts in all forms. 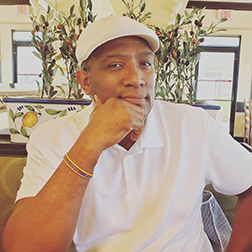 Before coming to UMass Department of Theater, Gilbert McCauley served as the Producing Artistic Director of the Oakland Ensemble Theatre, Resident Director at Rites and Reason Theatre, and as an acting company member of the Repertory Theatre of St. Louis. He has also served on the theater faculties at University of California at Berkeley, California State University at Dominguez Hills, University of Michigan at Ann Arbor, Rhode Island College and University of Rhode Island at Kingston. McCauley has directed Off-Broadway and at regional theatres around the country including Arena Stage, Arkansas Repertory Theater, Goodman Theatre, Majestic Theater, Old Globe Theatre, Oregon Shakespeare Festival, Playwrights Horizons, Seattle Repertory Theatre, and the National Theatre of Ghana. 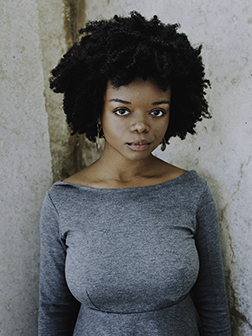 Taylor Mickens is an actor, singer, dancer, poet, and performance activist currently getting her BA in Theater while also studying Jazz and African American Music at The University of Massachusetts Amherst. When she isn’t on the theater stage at school, Taylor sings and gigs with combos and bands through the jazz department, singing different genres of music as well as original compositions and spoken word. Upon graduation, Taylor plans to move to NYC to be a working artist and continue to work toward creating an arts nonprofit for underserved Black communities. Taylor hopes to empower young Black people to fulfill their dreams through doing what she loves. 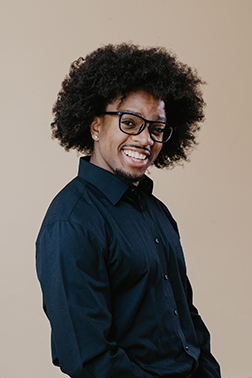 Darius Taylor is a performing artist, producer, and scholar from North Chicago, IL. He is currently based in Los Angeles, CA. His work operates at the intersection of art and research. Darius’s passion lies in using art to provide spaces for healing, empowerment and social transformation, specifically as it relates to trauma, Blackness, and systemic change. He considers himself a renaissance man with the hope of sharing his light with the world. 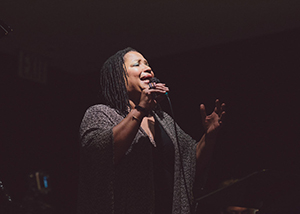 Brooklyn-based sound artist/composer Fay Victor hones a unique vision for the vocalist’s role in jazz and improvised music. Victor has 10 critically acclaimed albums as a leader. Her 2019 release, BARN SONGS features her Chamber Trio featuring Darius Jones (alto saxophone) & Marika Hughes (cello). Victor has worked with luminaries such as William Parker, Roswell Rudd, Nicole Mitchell, Archie Shepp, Marc Ribot and Tyshawn Sorey. She has performed at The Whitney Museum & The Museum of Modern Art (NYC), The Hammer Museum (LA), The Kolner Philharmonie (Germany), De Young Museum (SF), Symphony Space (NY), The Earshot Jazz Festival (Seattle), The Winter Jazz Festival (NY) and the Bimhuis (Netherlands). Victor was the 2017 Herb Albert/Yaddo Fellow in Music Composition and a 2018 recipient of a Headlands Center for the Arts residency. Victor is currently on the Faculty at the New School of Jazz & Contemporary Music and gives master classes, workshops and clinics on Creative Improvisation.

Dr. Priscilla Maria Page is a writer, performer, dramaturg, and faculty member in the Department of Theater at the University of Massachusetts Amherst, where she also directs the Multicultural Theater Certificate. Her research includes Latina/o/x Theater and Contemporary Native American Performance. She is currently writing about Latina/o/x theater history in Chicago. She is a contributing co-editor for Wings of Night Sky, Wings of Morning Light:  A Play and A Circle of Responses with US Poet Laureate Joy Harjo (Wesleyan Press, 2019). Her essay “Collidescope 2.0: Performing the Alien Gaze” is published in Casting a Movement: The Welcome Table Initiative, edited by Claire Syler and Daniel Banks (Routledge 2019). Page’s essay, “Contextualizing Lin-Manuel Miranda’s In The Heights and Hamilton within Hip Hop Theater History” will appear in the forthcoming book, Hamilton, History and Hip-Hop: Essays on an American Musical, edited by Kevin J. Wetmore, Jr (McFarland and Company). 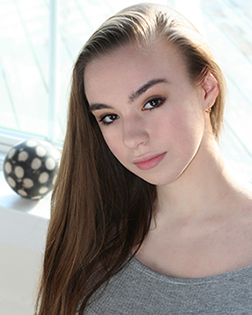 Fleur Kuhta is double-majoring in Theater & Psychology while pursuing a certificate in Arts Management at UMass Amherst through the Commonwealth Honors College. Although she is interested in all areas of performance, she has a background in theater, and most recently, she performed in The Bacchae of Euripides at UMass (Bacchante/Vestal). Among her favorite credits are Spring Awakening (Ilse) and The Who’s Tommy (Tommy/Narrator). She has interned with the Valley Light Opera, and is involved with the wonderful UMass Theater Department in several other ways. She is honored to have worked on this project, and to be able to celebrate the life of the brilliant Yusef Lateef.