New works are the lifeblood of the American theatre. As a part of UMass’ long tradition of fostering and presenting new works to central Massachusetts, the theatre department sponsors a Play Lab every year.  Play Lab's mission is to help develop plays with bold and fresh forms that give voice to underrepresented communities and stories. Through an intensive selection process, we pick one new script that speaks to our campus community, and offer the playwright the thing they need most: a roomful of talented artists who dedicate a fortnight to helping them polish their rough gem into a diamond. Audience members are vital to this endeavor because their feedback helps shape the future of these new plays. Come be part of a community that fosters new work. 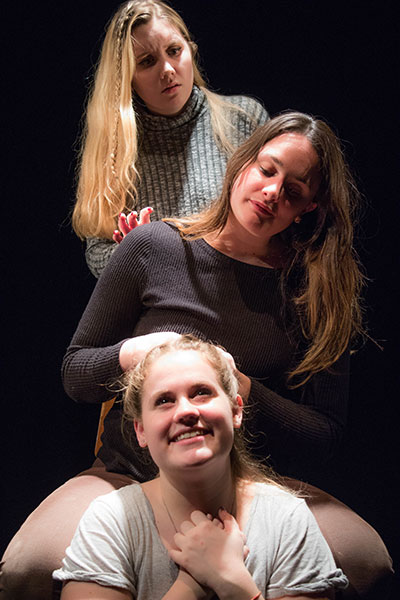 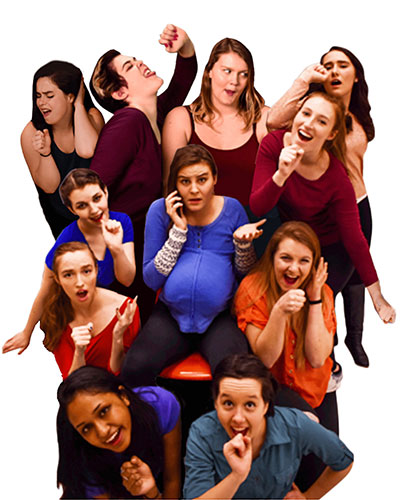 I LOVE SEAN by Sarah Einspanier: Who am I outside of a relationship? How do we connect, communicate when words are underwater? An absurdist modern Karaoke satire on the pursuit of love.

Originally from Bucks County, PA, Pam has been a part of Chicago's thriving theater community for many years. Her plays include the drama Life Defying Acts; the comedies Fugue in a Cold State and Looking Into It; and the children's musical, The Little Turtle, a parable on homelessness. Her one-act Promising premiered in the East Village Festival at New York's Metropolitan Playhouse, and her 10-minute comedy shorts Philbert Eats a Nut and Someone Has to Die Tonight, Indeed He Does were selected for Stage Left Theatre's DrekFest at ComedySportz.

Pam was a contributing writer for The Arab-Israeli Comedy Hour at Chicago's iO (formerly ImprovOlympic) and general managed the off-Broadway production and national tour of Miss Abigail's Guide... for Davenport Theatrical Enterprises.  As a producer/director, she had the pleasure of working with Tony-nominee Herb Schapiro, helping to shape his world-premiere of The Love Song of Saul Alinsky, which included weekly panel discussions with such luminaries as (then) Senator Barack Obama, Studs Terkel and Monsignor Jack Egan. As the founding managing director of Terrapin Theatre, she produced ten seasons of award-winning world-premieres, and directed such plays as Laurel & Hardy Sleep Together, The Inspector General, and From Thought to Finish. Pam received her BFA in theater from Syracuse University, where she later served on the College of Visual and Performing Arts' inaugural Advisory Board. She is a proud member of the Dramatists Guild.