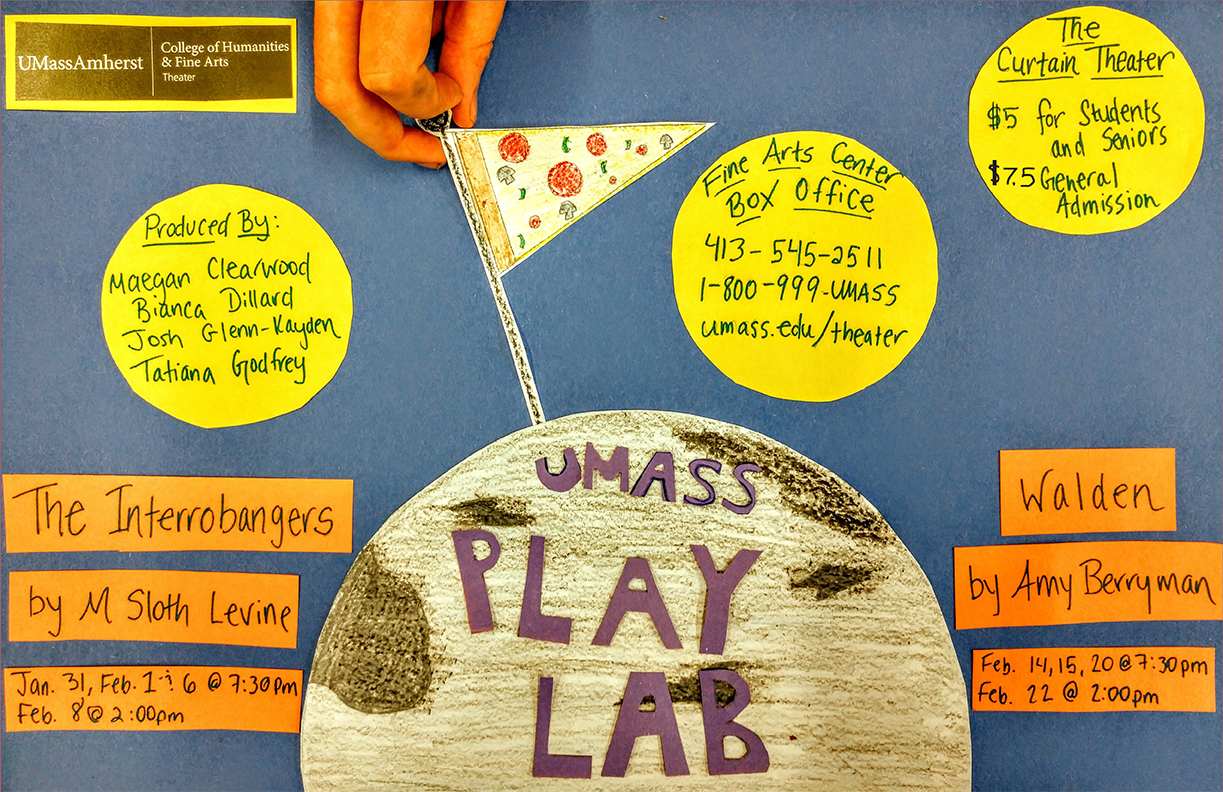 With Play Lab, UMass Theater throws out the old script and welcomes the new. We are proud to be part of the national movement to present a vibrantly diverse range of experiences on stage through cutting-edge works from up and coming theater makers. Play Lab is a venue for playwrights to experiment, for directors and dramaturgs to collaborate on shaping new work, for actors to bring intriguing characters to life, and for audiences to help shape the work through their reactions.

The Interrobangers
by M Sloth Levine
Jan. 31, Feb. 1 and 6 at 7:30
Feb. 8 at 2
The Curtain Theater
Four groovy teens and a dog search the woods in their van to solve a mystery while exploring drugs, queerness, and the fear that men in rubber masks are scarier than monsters. The four question the world they know, looking into the parts of their history they would rather avoid.

Walden
by Amy Berryman
Feb. 14, 15, 20 at 7:30
Feb. 22 at 2
The Curtain Theater
In the not-so-distant future, climate change has intensified and scientists are recommending that we colonize elsewhere. Cassie, a NASA botanist, returns from her year-long deployment in space and is shocked to find her sister, Stella, a former NASA architect, engaged to an Earth Advocate. As the twins grapple with questions of rivalry and love, humanity hangs in the balance.

Thanks to the Hotel UMass, the official sponsor of accommodations for UMass Theater guest artists.