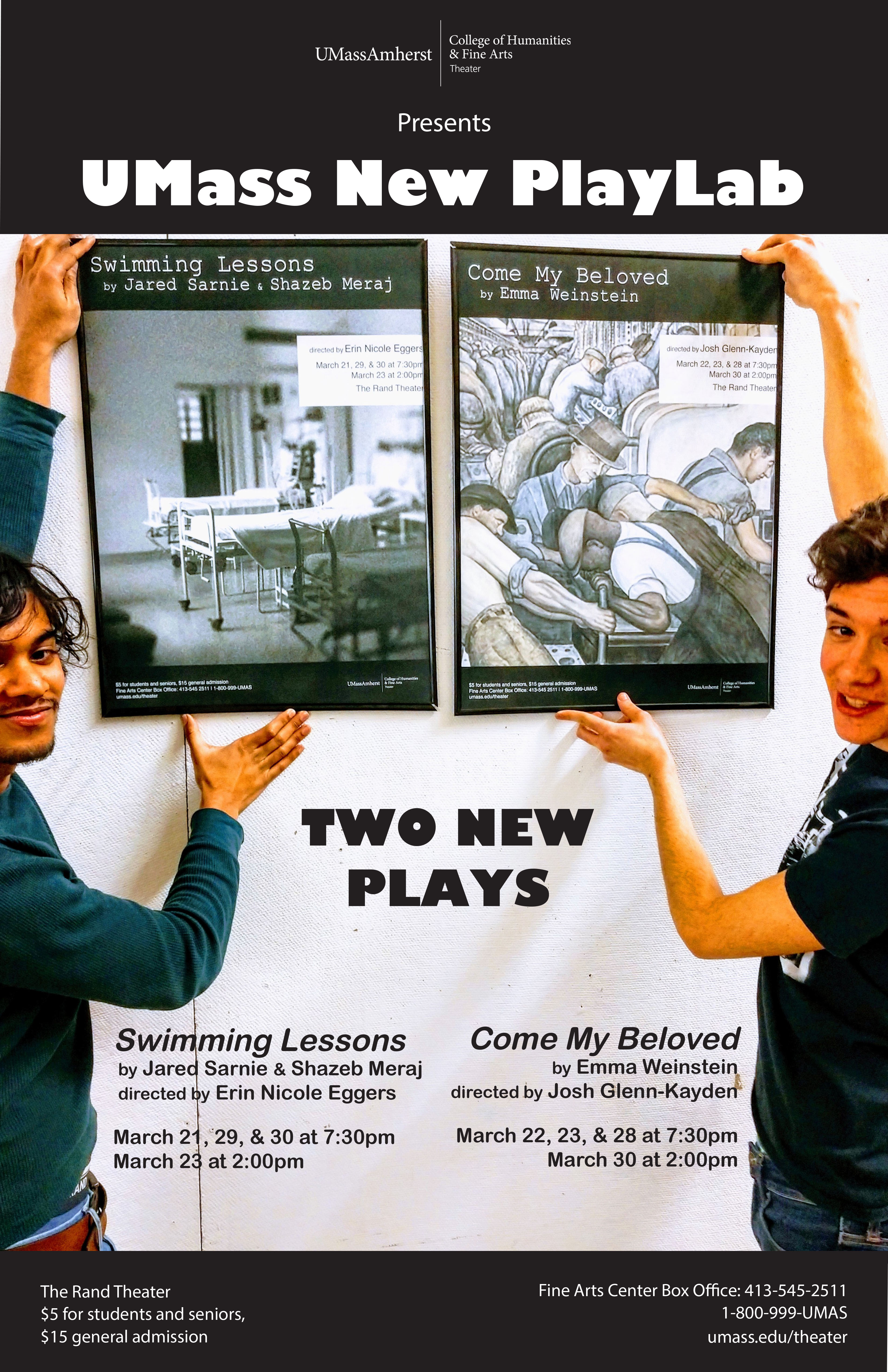 Come My Beloved by Emma Weinstein
Director: Josh Glenn-Kayden
Dramaturg: Shaila Schmidt
March 22, 23, 28 at 7:30 p.m.
March 30 at 2 p.m.
The Rand Theater
Play development is the heart of American theater, and UMass New Play Lab is our contribution to keeping that heartbeat strong. Each year, the team in charge of this project puts its own spin on things, and we can't wait to see how this year's group will innovate to bring us the best and brightest upcoming writers. Last year, in addition to producing work by a brilliant professional playwright, we brought student work to the stage to resounding acclaim. We’re doing the same this year, and we’re wildly curious to see how this year’s artists will innovate to bring us the best and brightest new plays.

This year’s play by a professional playwright will be Come, My Beloved by Emma Weinstein. Come, My Beloved is a new play about race, intimacy, and Detroit, Michigan. The play chronicles one Friday night in the lives of three Black and Jewish couples, based on one real family. Through glimpses into lives of these three couples, Come My Beloved explores the downfall and resurgence of one of America’s most important cities and the vastly different trajectories of two communities within it.
Come, My Beloved will be directed by Josh Glenn-Kayden and dramaturged by Shaila Schmidt.

This year’s undergrad play will be Swimming Lessons by Jared Sarnie and Shazeb Meraj. Swimming Lessons follows Yusuf and Josephine, who are both interning with a brilliant surgeon at a Boston hospital. Together they navigate the issues on all of our minds: politics, cultural differences, childhood, dreams, fears, and what exactly is the best way to avoid an old friend who’s become a SoundCloud rapper. (Spoiler alert: There’s no way to avoid SoundCloud rappers.)
Swimming Lessons will be directed by Erin Eggers and dramaturged by Tatiana Godfrey.