Even if we return to campus in early April, it is impossible for our artists to feasibly mount a fully produced show. We have therefore canceled the scheduled main stage public run of “Mr. Burns” for this April. We will relaunch the same production in the fall, with the same artistic team and same company to the extent possible. A fully produced “Mr Burns” will be the opening show of our 2020-21 season. We will contact ticketholders about ticket refund and transfer options at a future date.

The point of voice class, says new UMass Theater Assistant Professor of Voice and Acting Elisa Gonzales, isn’t to learn how to sound like everyone else.

In keeping with the demands of the time, UMass Theater is presenting a non-traditional season of short works, rehearsed and presented mainly digitally.

Last weekend was supposed to be Design Showcase East, an important conference in New York City where theater students present their portfolios, meet professionals in the field, and make important career connections.

Research is not just for STEM: UMass Theater boasts 4 Rising Researchers in 2 years

Senior theater major Kit Newell is the fourth theater major in the span of two years to receive the designation of Rising Researcher. 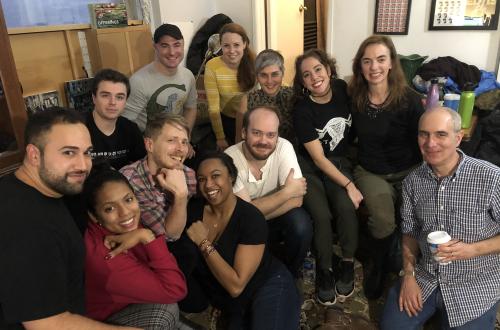