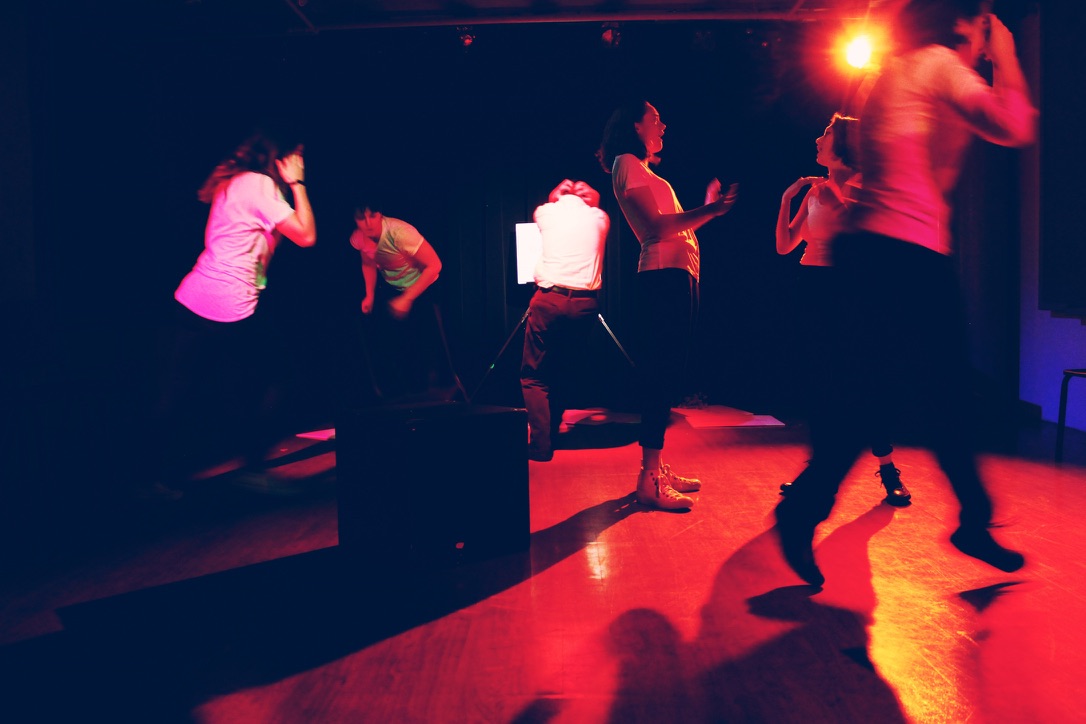 Our students take charge to produce works they are excited about, from fully-mounted productions to staged readings to original devised theater pieces and more. These events are usually free and open to the public — check this page as the semester progresses for performance times and reservation details.

In 2019-2020, we decided to schedule our season so that the end of the semester left our spaces open for students to mount their own work in a compressed series that was a sort of Fringe Festival. Students were able to apply for a small amount of financial support from the department.

Below is the schedule of events poster for the Fall 2019 Fringe Fest. There was no Fringe Fest in Spring 2020 due to the pandemic. 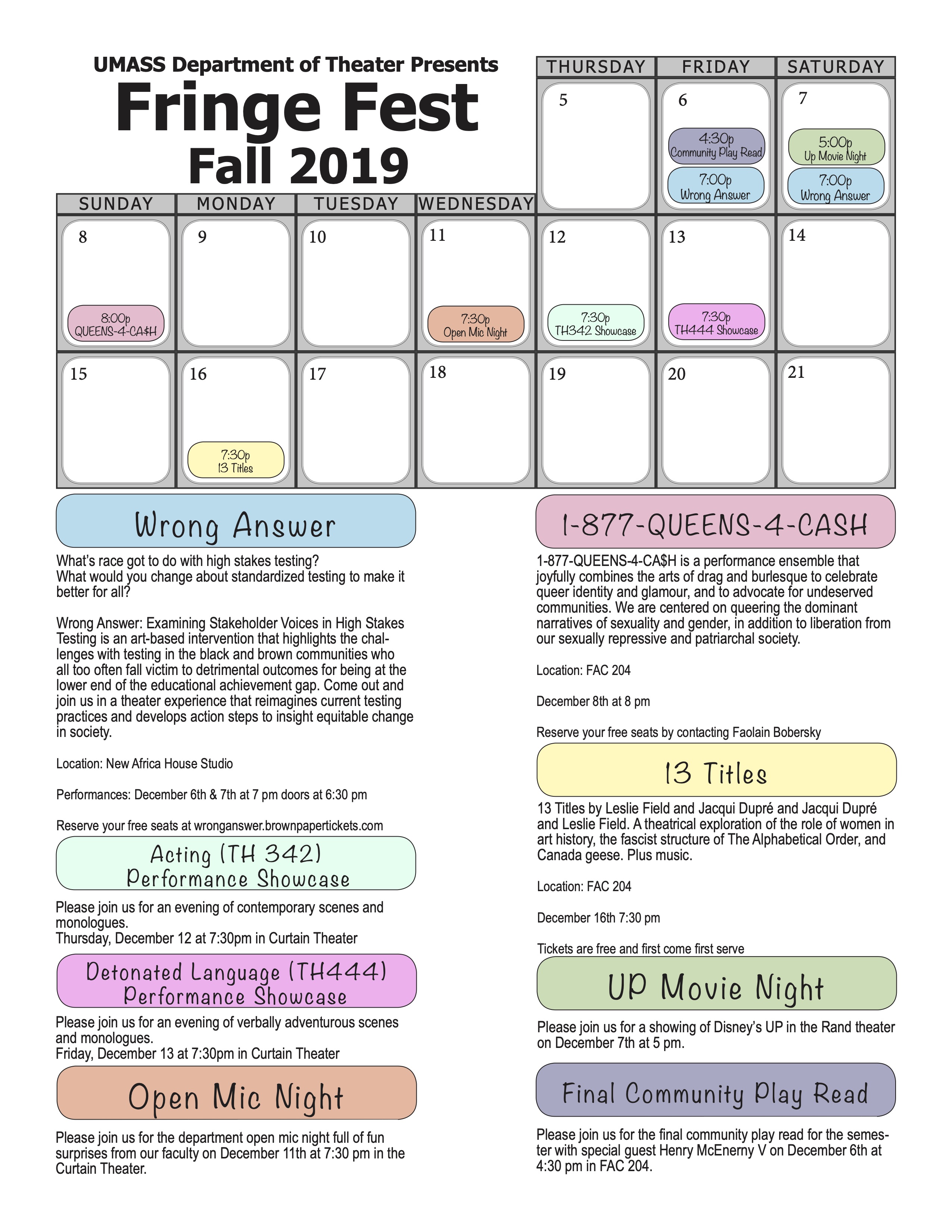 Below are photos and a listing of events produced by students during the 2018-2019 school year.

Click to view a selection of images from several student works produced during the 2018-2019 school year.

Music by Tom Kitt
Book and Lyrics by Brian Yorkey
May 4th at 1:30pm and 7:30pm
May 5th at 1:30pm.
Next to Normal follows Diana Goodman, wife and mother, diagnosed with bipolar depression after a traumatic event.
"Next to Normal" was presented through special arrangement with Music Theatre International (MTI). All authorized performance materials are also supplied by MTI, 423 West 55th Street, New York, NY 10019
This show was made possible in part by the UMass Arts Council.

RITE OF PASSAGE
By Izzy Salant
Directed by Andrew Kim
May 4 & 5 at 7:30, May 5 at 2
Fine Arts Center Room 204
David Greenbaum, a Jewish journalist in his late 50s, has just lost his wife, Maura, to suicide. He is now faced with the task of raising his son, Harold, who has mild autism, on his own, in the middle of planning for his Bar Mitzvah.