The company of CARRIE, directed by Erin Hamilton as an independent student work, performs in the Old Chapel.
Share This Article

What defines a UMass Theater major? We are innovative, passionate, hard working, and always on the lookout for opportunity. Furthermore, when that opportunity does not present itself, we create that experience for ourselves. Sociology and Theater double major Erin Hamilton exemplifies that enterprising spirit.

When Erin was deciding what to do for her Honors Thesis, she knew that to combine her two passions, she could not just write a paper. Instead, she chose to direct a production of Carrie: The Musical, a production which explores the effects of bullying during the transition from childhood into adolescence. I was fortunate enough to play an ensemble member in this production, which allowed me to experience Erin’s multifaceted, unique approach to this musical.

Erin began planning for this project over a year in advance of its performance in January of this year. She began the process with experience as an actor and choreographer, and ended it “knowing everything it takes to produce a full musical.” Erin researched both Carrie’s production history and the issues present in the script extensively, and approached the show from an entirely new point of view: she bought costumes, made props, and produced Carrie. However, her most prominent new role was the position of director.

For the responsibilities which she could not execute herself, she reached out to friends in the theater department who were eager to participate: “The support system here is absurd.” Erin found that helping with a student run production appealed to many of the people she asked because “so many people here come in as actors…and it’s a great way for people who may be interested in something they haven’t focused on to do something else under little pressure.” Not only did her project allow her to expand her horizons, but it allowed her friends to have new experiences as well.

However, Erin’s success was not only ensured by her talented, diligent friends, but also through support she received from the Department of Theater faculty. “Martha Cuomo was my theater advisor on it. She helped make the process happen.” Martha Cuomo, a professor of acting in the department, was in contact with Rodgers and Hammerstein to secure the rights to Carrie and came to rehearsals to advise Erin. Furthermore, when student Matt Morin temporarily served as Production Manager for the Department, during Production Manager Julie Fife’s absence, he helped Erin interpret emails regarding logistics for renting the Old Chapel.

Finally, because of the wide breadth of classes the Department of Theater offers, Erin was able to directly apply lessons learned in her dramaturgy, design, and performance classes to Carrie. Erin especially “appreciated the dramaturgy [classes] because those are sociological and not all theater departments have that.” Furthermore, while directing Carrie, Erin was taking Jen Onopa’s course on directing. Thus, Erin was “using what [she] learned in class and directly bringing it to rehearsals.”

Because Carrie was a joint thesis between Sociology and Theater, Erin approached the script in a unique way. The first few rehearsals were dedicated to developing and humanizing each character, especially those in the ensemble that were written without much substance. Senior English and Theater major Mary Margaret Hogan explains the effects of Erin’s approach: “Being a part of this process, I was given the rare opportunity to work alongside a director who was looking from a sociological perspective. Erin sat Cassie and I down the first rehearsal and asked us to find real life examples of these people, anywhere we could, and discuss our opinions and perceptions of them, and then also discussing how their passions/ways are valid to them. By talking this out, we could incorporate these archetypes into our performances, while simultaneously flushing our characters out to be real people rather than caricatures from a horror movie.” Thus, Erin’s approach “made the process less about the actual product and more about the process," as Erin decribed it.

Through this thesis project, Erin discovered she could “take on a project and do it.” She no longer has to “wait until someone else does it.” Because of her success with Carrie, Erin has been inspired to do more of her own independent projects this semester. Through Carrie, each member of the cast and production team was pushed outside of their standard artistic position and were given the opportunity to explore new roles. 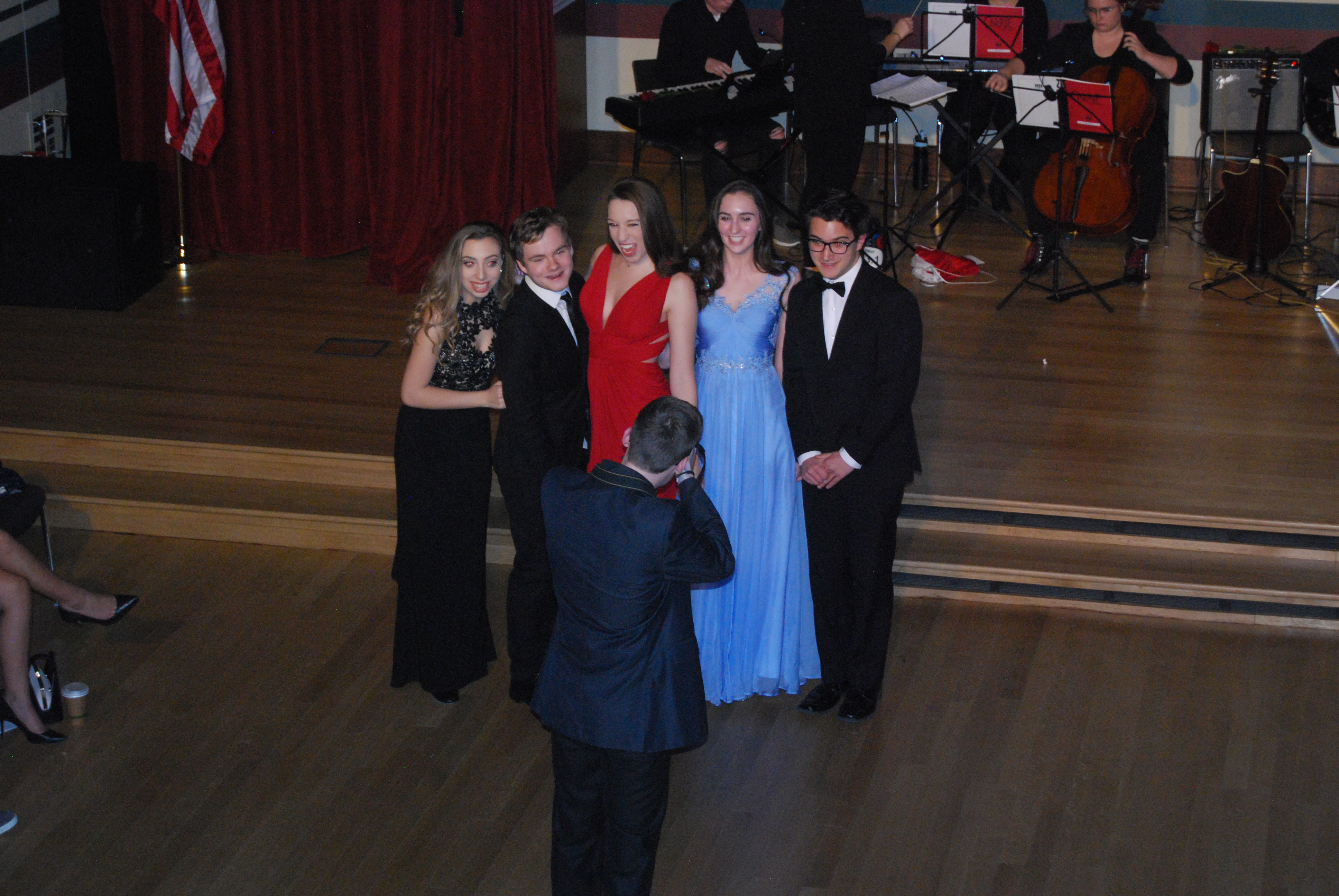 What makes UMass Theater students unique is their passion for performance in unconventional spaces. We are happy to announce that a new Student Work Committee is working to expand and support the potential of student work from the curtain-lined Fine Arts Center Room 204 to less traditional locations — the Arts Bridge, outside venues, the Old Chapel, and more.

This Student Work Committee grew out of feedback given by students at our weekly Community Meetings, as well as other feedback sessions. The Committee is chaired by Production Manager Julie Fife, joined by Professor Julie Nelson, Public Relations Director Anna-Maria Goossens, General Manager Willow Cohen, and undergraduates Garrett Sager and Afrikah Smith. This experienced team will create timelines and production guidelines to help students through the process of producing their own work. They will create the structure to support and advise as needed, and to help students utilize department resources when obstacles present themselves.

Presenting student-driven work does not have to be a daunting task. With the step-by-step process that should emerge from the Committee's work, undergraduates can complete their projects more manageably and with seasoned advice to support their first independent works. Students who have ideas should reach out to Julie Fife in Fine Arts Center Room 109 or email jafife@theater.umass.edu