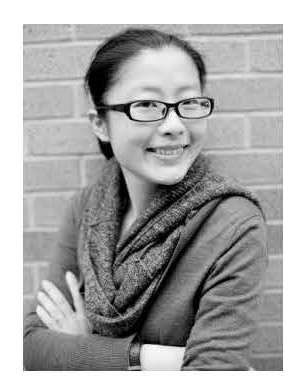 Yao Chen is a costume and scenic designer with international design credits. Her designs can be seen in the United States, China and Costa Rica. Her recent productions include Radio Golf (2020) Trinity Repertory Company, Diary of Ann Frank(2019) at Indiana Repertory Theatre,  ( Little Prince (2018) at Seattle Children’s Theatre, The Music Man (2017) at Berkshire Theatre Group, Antony and Cleopatra (2017), Dr. Jekyll and Mr. Hyde (2016) at Orlando Shakespeare Theatre (AEA), Titus and Andronicus(2018), The Merry Wives of Windsor (2015) for the Shakespeare Company of New Jersey, I am Tai Ping Goat (2015), a children’s production at Dong Gong theatre, Long Fu theatre in Beijing, China; Amadeus (2014) at the Theatre Espressivo, San Jose, Costa Rica; and Pete the Cat (2020) Nancy Drew and Her Biggest Box (2017), Skippy Jon Jones (2016) and Diary of a Worm, a Spider and a Fly (2015) at Orlando Repertory Theatre.

Her costume design for Ti Jean and His Brothers has been selected in various international Venus for presentation, such as Costume Design in the Turning of the Century, 1995-2015, (China, Poland, Mexico),  World Stage Design 2017  Tai Pei, Taiwan. Additionally, her designs for both Ti Jean andThe Merry Wives of Windsor were selected by the Design Expo at the United States Institute of Theatre Design and Technology national conference and were published in the TD&T 2014 spring issue and the 2016 summer issue. Her renderings and designs were also selected for publication in the new design book The Art of Costume Design by Focal Press. Other awards include: outstanding costume design award from the Austin Critics Table Awards for her costume design of Dr. Jekyll and Mr. Hyde (2012), and a nomination for outstanding costume design of Austin Broadway Awards for her work on The Scarlet Letter (2013).

Chen was a visiting lecturer at the school of fashion design at the Shanghai Institute of Visual Art in Shanghai, China and a special researcher for the senior fashion center there. In the summer of 2015, she was invited to be a guest lecturer at Zhe Jiang Sci -Tech University, HangZhou, China and Dong Hua University, Shanghai, China for a series of speeches about theatre and fashion design. Other guest teaching experience includes series of lectures about Kunqu and Peking opera at theatre department of SUNY New Paltz.

To learn more about Chen, click here to read a profile introducing her to the community.