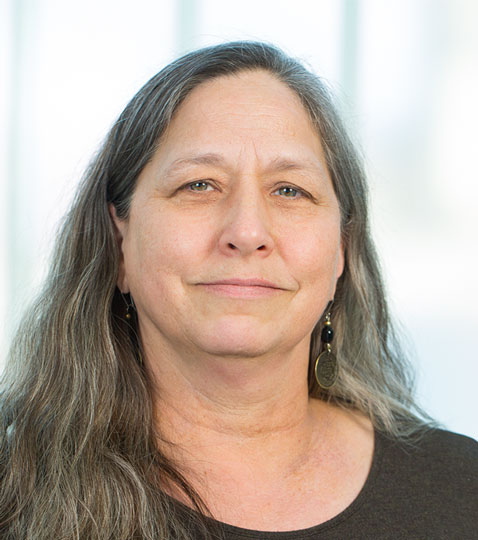 Kristin Jensen comes to UMass Amherst after nine years as Costume Shop Supervisor in the Undergraduate Drama Department of NYU Tisch School of the Arts, where she also taught draping, pattern making, advanced costume techniques, and fundamentals of stagecraft.

Before moving to academia, Kristin spent six years as a draper at Carelli Costumes, a prominent Broadway costume house, creating costumes for theatre and opera productions in New York and across the country. She also worked as draper, craftsperson, and dyer at the Goodman Theatre in Chicago and at Chicago’s Costume Exchange (Steppenwolf), and as a first hand for several seasons at the Santa Fe Opera. Outside the theatre, she executed several projects for the American Museum of Natural History in New York City.

In addition to her technical experience, she was the assistant designer to celebrated costume designers William Ivy Long and Martin Pakledinaz on productions from Broadway to Europe. Her own design work earned her a Joseph Jefferson Citation nomination and an ACTF National Award.