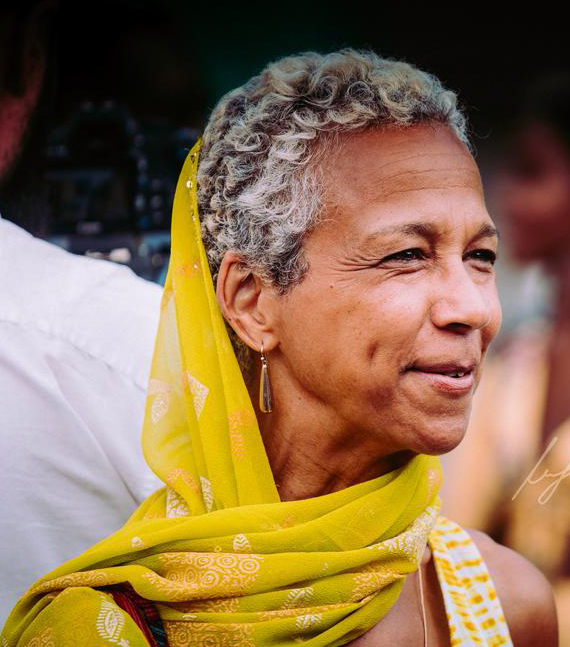 For over four decades, Iya Awotunde Judyie Al-Bilali has been an innovator in the fields of performing arts, arts education and applied theatre. As an actor, director, playwright and producer she has worked off-Broadway and in regional theater nationwide. She taught at NYU's Educational Theatre Program, the MA in Applied Theatre Program at CUNY, Amherst College, Hampshire College and travelling around the world with Semester at Sea.

Iya Judyie is the author of two books, For the Feeling: Love & Transformation from New York to Cape Town, a memoir about her experiences living in South Africa, and Halcyon Days, a book of haiku poetry. She was a Fulbright Scholar at the University of the Western Cape in South Africa where she created Brown Paper Studio, an applied theatre methodology. She is the recipient of numerous awards including grants from the National Endowment for the Arts, the New York State Council on the Arts, the Kentucky Arts Council, the Marion and Jasper Whiting Foundation, the UMass President’s Creative Economy Initiatives Fund and the MacDowell Colony.

An initiated priest in the Ifa-Orisa tradition, Iya Judyie holds the title Iyanifa. Her abundant life is a fusion of artistic expression, creative research, spiritual practice and a passion for teaching. Her work is featured in the award-winning book Black Acting Methods: A Critical Approach and online in www.imaginedTheatres.com/south-africa/