An IPCC Special Report on the impacts of global warming of 1.5º Celsius above pre-industrial levels and related global greenhouse gas emission pathways was released October, 2018.  The report concluded we are already at 1º Celsius warming beyond pre-industrial averages. Limiting global warming to 1.5° Celsius (2.7° Fahrenheit) — beyond which scientists expect more significant damage to global ecosystems — requires “rapid and far-reaching transitions” in energy systems, land use, industry and urban infrastructure.  Read the full report here.

Since 2002 UMass Amherst has reduced its total Scope I and II greenhouse gas emissions by 25% (FY2002–FY2019) and the campus continues to explore ways to reduce energy consumption and building energy intensity, continue to transition to clean renewable energy systems, and support the clean energy economy.  In November, 2018 the UMass Chancellor's Office announced the formation of two task forces to address both climate resiliency and carbon mitigation. 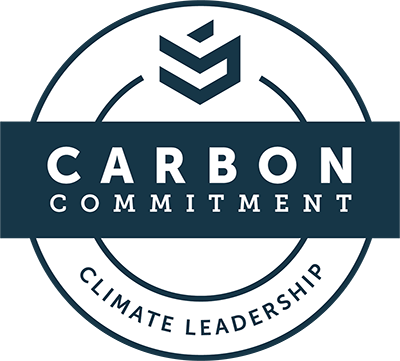 In 2019, buildings accounted for 85% of the campus emissions, while transportation accounted for the remaining 15%.  NOTE: Scope 3 emissions from Employee & Student Commuting have not been calculated since 2015.  Data from 2015 was carried over to 2019 as an estimation. 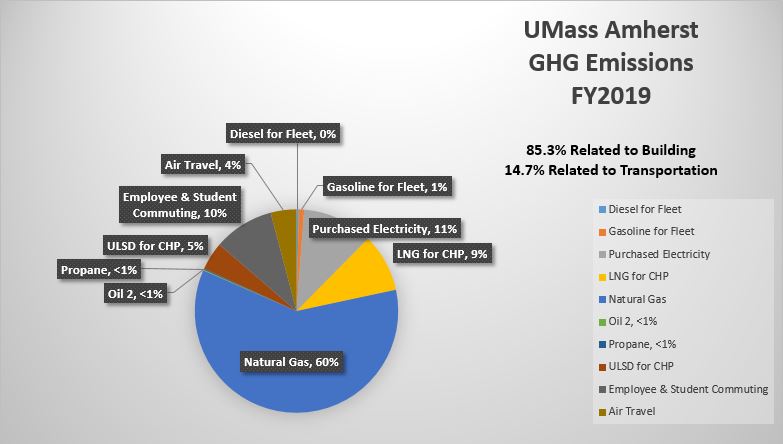 UMass Amherst Scope I and II emissions per 1,000 sq. ft. has been on a downward trend and reduced 21% since 2008 (the MA Global Warming Solutions Act baseline year) when we first reported our emissions to Second Nature. 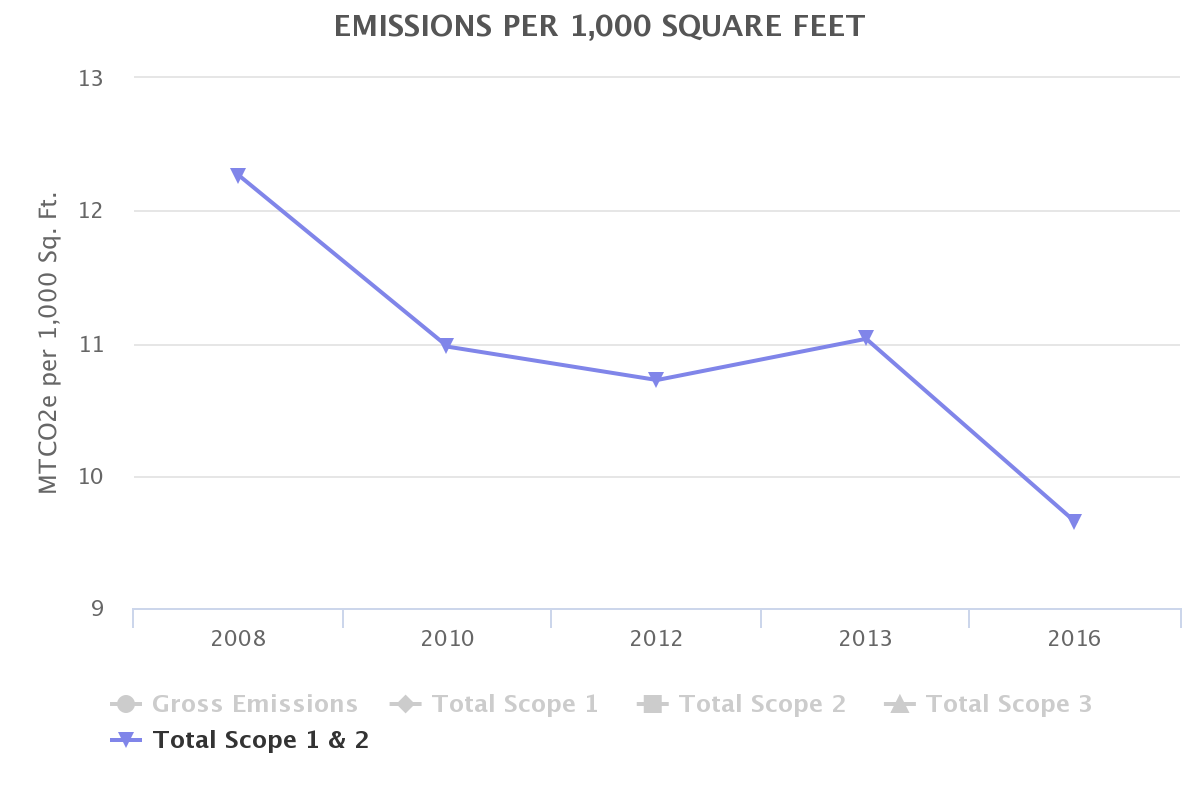