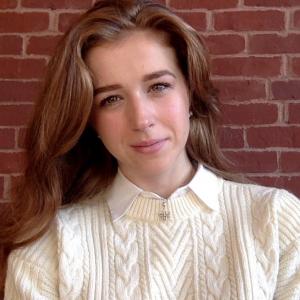 Victoria Abramchuk is a UMass alumna from Agawam, Massachusetts. She graduated in 2020 with three majors: Economics, Legal Studies, and Spanish. Her interest in Spanish comes from her passion for language and its power to connect people. Victoria speaks Russian and had also learnt some Spanish in high school. When she came to UMass, she decided to start fulfilling her language requirement, but soon became inspired by her professors and decided to pursue a major in Spanish.

“At UMass, I quickly realized that learning Spanish is more than learning vocabulary. It is about immersing yourself in the cultures of the Spanish-speaking world. And that is why I decided to keep going and really dive in and pursue my Spanish studies at UMass.”

Victoria acknowledges that her Spanish studies not only improved her language skills, but also exposed her to the richness and the vibrancy of the different Spanish-speaking communities. The variety of courses that she took influenced her personal interests (she now loves reading poetry in Spanish) and shaped her way of seeing the world. “We looked at music, film, traditions, history, peoples... and I realized everything was so different from what I had come to know in the U.S. There was so much that was new to me.” At the same time, Victoria also realized that language brings people together, each from their own distinct position in the world, which made her appreciate the value of cultural difference.

Victoria is very proud of her improvement in her reading and writing skills over the years. As she kept taking classes in the Spanish program, she noticed that those courses were helping her contextualize topics in her Economics and Legal Studies courses. Being aware of the culture and history of Latin America and Spain, she has become a global thinker with a broader perspective.

While studying at UMass, Victoria worked at a Real Estate Law Firm in West Springfield, where there is a large population of Spanish speakers. As her Spanish improved, she became more and more qualified to help Spanish-speaking clients and she is now very proud of her ability to help translate and communicate in both professional and conversational settings.

Victoria’s advice to someone considering studying Spanish or Portuguese at UMass is to be involved in the classes and be proactive about where they want to take their Spanish or Portuguese studies. “There is so much to offer. Anything you want, you can study in Spanish. Take advantage of the advising and reach out to the professors, because they are all so accommodating and will help you so much.”

Regarding her future plans, Victoria is starting Law School at Boston University. She is conscious of the need for multilingual people in the legal field. She plans to continue using her Spanish skills in her future professional life to form connections with those who are more comfortable communicating in Spanish: “I like helping people feel like, ‘I took the time to learn your language too and you don’t have to just learn English, I also learned Spanish. We are all in this world together.’” Victoria’s multilingualism and eagerness to help people will surely continue opening doors for her in the future.