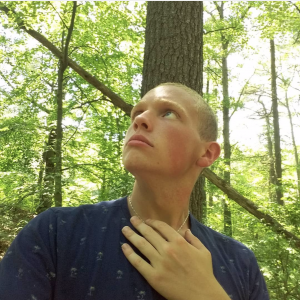 When Tyler Adolfo ’23 reached out to Student Government Association (SGA) Speaker Rachel Ellis over the summer, he was curious to learn more about the organization. He heard stories from his peers at other institutions on the change and impact a collegiate student government can make.

In the fall of the 2019-2020 academic year, he ran a successful campaign earning himself a seat as a Senator representing the Class of 2023, the University of Massachusetts Amherst’s largest and most academically accomplished class.

Gaining admission to UMass, the 24th ranked public institution by US News and World Report, was a battle he shares proudly.

“The best day of my life was getting accepted into the school that people back home said I never could: UMass Amherst,” said Tyler.

“During my junior year of high school, [I] dropped out,” wrote Tyler. “My having been class president and a high honors student at the time went against the stereotype that all high school dropouts are ‘dumb’ or ‘lazy’.”

Committed to his success, Tyler spent many days of his junior and senior years at McDonald’s using the WiFi in order to complete assignments. Compounded with the pressures and demands of Advanced Placement classes, he pushed through while being financially independent.

“Learning is not a chore, it’s a mindset,” said Tyler.

Ultimately, when he returned to school, there was nothing holding him back. He went on to place first in the state at the 2019 Massachusetts DECA Business Finance Series and second place in the 2019 Lions Club Youth Speech Contest (which began with 900-plus speakers).

His accomplishments on the AP exams earned him a shoutout from College Board. Tyler was the only AP test taker worldwide to be shouted out by College Board on Twitter when 2019 exam scores were released.

Tyler abides by a few quotes. Particularly one from Calvin Coolidge:

“Nothing in this world can take the place of persistence … talent will not; unrewarded genius is almost a proverb; education will not; the world is full of educated derelicts; persistence and determination alone are omnipotent.”
– Calvin Coolidge

At UMass, the first-year student has made an impact far larger than his time here to date.

Currently serving on the SGA’s Finance Committee, Tyler is responsible for voting on emergency funding requests, working with the finance chair and voting on motions presented before the entire Senate. Tyler says that a lot of his financial knowledge from DECA has come in handy.

Tyler is interested in issues surrounding climate justice and college affordability. He is an absolutist on addressing student debt.

Outside of the SGA, Tyler also is a member of UMass Amherst’s highly competitive Mock Trial Team. Out of 90 people trying out, he was awarded one of just 26 seats. Of the four tournaments that the group has competed in, they placed at three out of the four. This January, Tyler is looking forward to competing in the Commonwealth Classic set to be hosted at UMass.

With high hopes and a bright future ahead, Tyler said one of his goals in life is to “be able to provide a good life for [his] mom, who is a single mom.”

The Student Government Association is made up of many voices and each member has their unique journey in joining the SGA. Join us in recognizing our student leaders and their rich backgrounds and perspectives they bring to this body. If you’re interested in joining the SGA, email: sgaoutreach@umass.edu and sgapublicrelations@umass.edu to find out about open opportunities within Senate and other branches. This spotlight series is produced in a combined effort between the Chair of Outreach and Development and the Secretary of Public Relations and Recruitment.