Rod Motamedi, Research Manager at the UMass Donahue Institute (UMDI), and a research lead on the economic and fiscal analysis team, is an expert in the application of economic models to high-visibility issues around the U.S. and internationally. In this post he details results from his analysis of the impacts from the construction phase of Plainridge Park Casino. 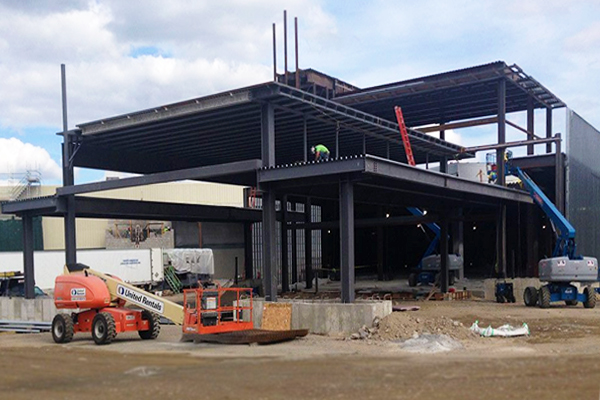 Part of the motivation for exploring expanded gaming in Massachusetts was to provide new economic opportunities for the people and businesses of the Commonwealth. The UMass Donahue Institute, as part of the SEIGMA team, is tasked with measuring the economic changes that will occur as the casinos are built and open for business over the coming years. As the first step in this process, the Economic and Public Policy Research group at UMDI is releasing a paper on the economic impacts of the construction of Plainridge Park Casino.

With the help of the general contractor, the Massachusetts Gaming Commission’s construction managers, and the Commission itself, the research team collected data on both the preconstruction and construction phases of the project. We found that 99% of $13.3 million of preconstruction spending and 85% of the $115.4 million of construction spending went to Massachusetts-based businesses. Similarly, most of the resulting job and income creation remained in-state as well. For example, over the course of 14 months, the workers building Plainridge Park collectively earned almost $22 million in direct wages, 85% of which went to Massachusetts residents while most of the remainder went to workers from nearby Rhode Island.

As the spending ripples through the economy it creates total impacts that are larger than the initial project. The $13.2 million of preconstruction spending that remained in Massachusetts added $24.3 million to total business revenues and $16.7 million to the gross product of Massachusetts over five years. Building Plainridge Park Casino created or supported an average of 558 jobs and $46 million of wages (including the above direct wages) per year over 2014 and 2015, impacts that were mostly concentrated near the construction site in Bristol and Norfolk Counties. In total, over the 14 month process, the construction of Plainridge Park Casino added $166 million to total business revenues and $105 million to gross state product.