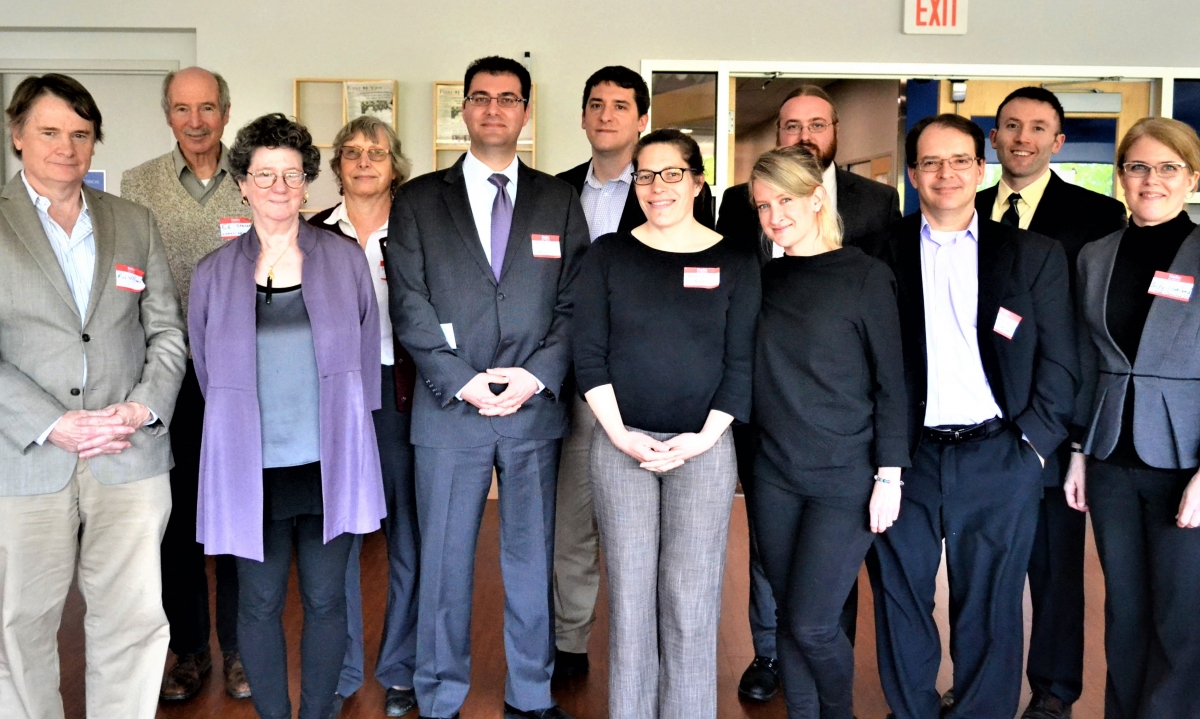 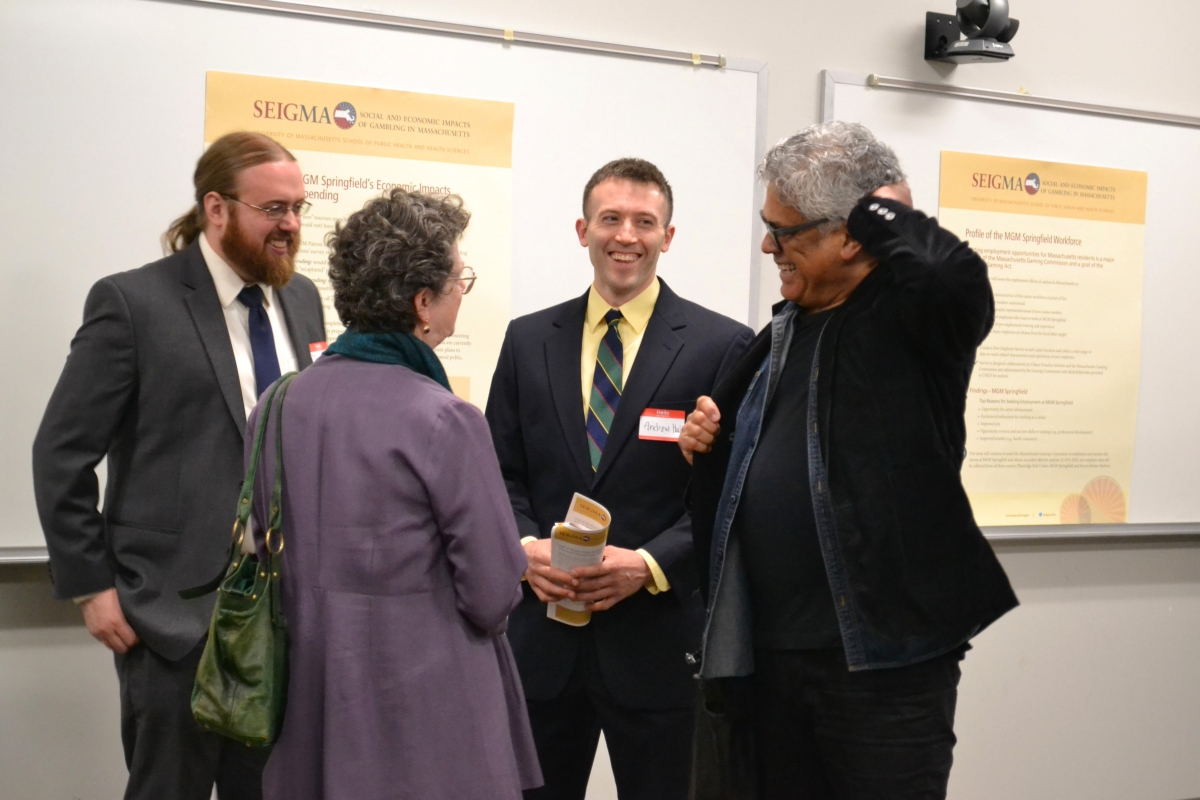 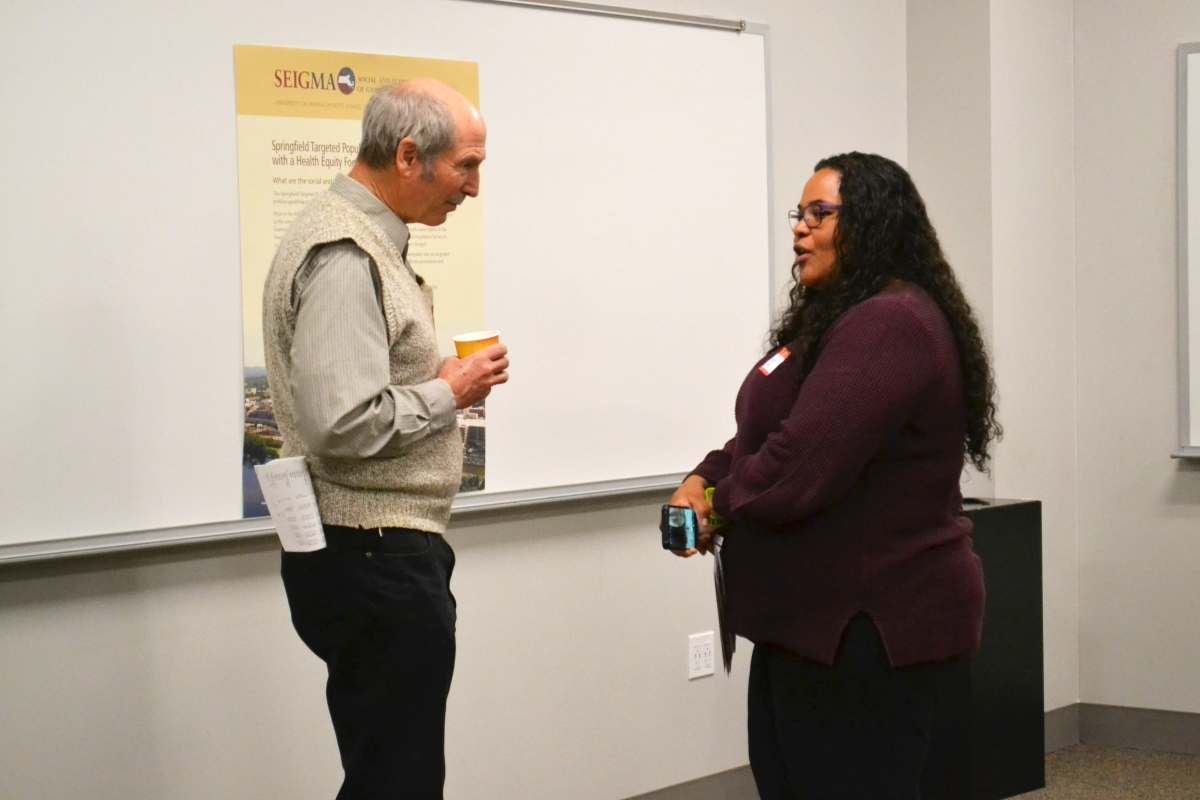 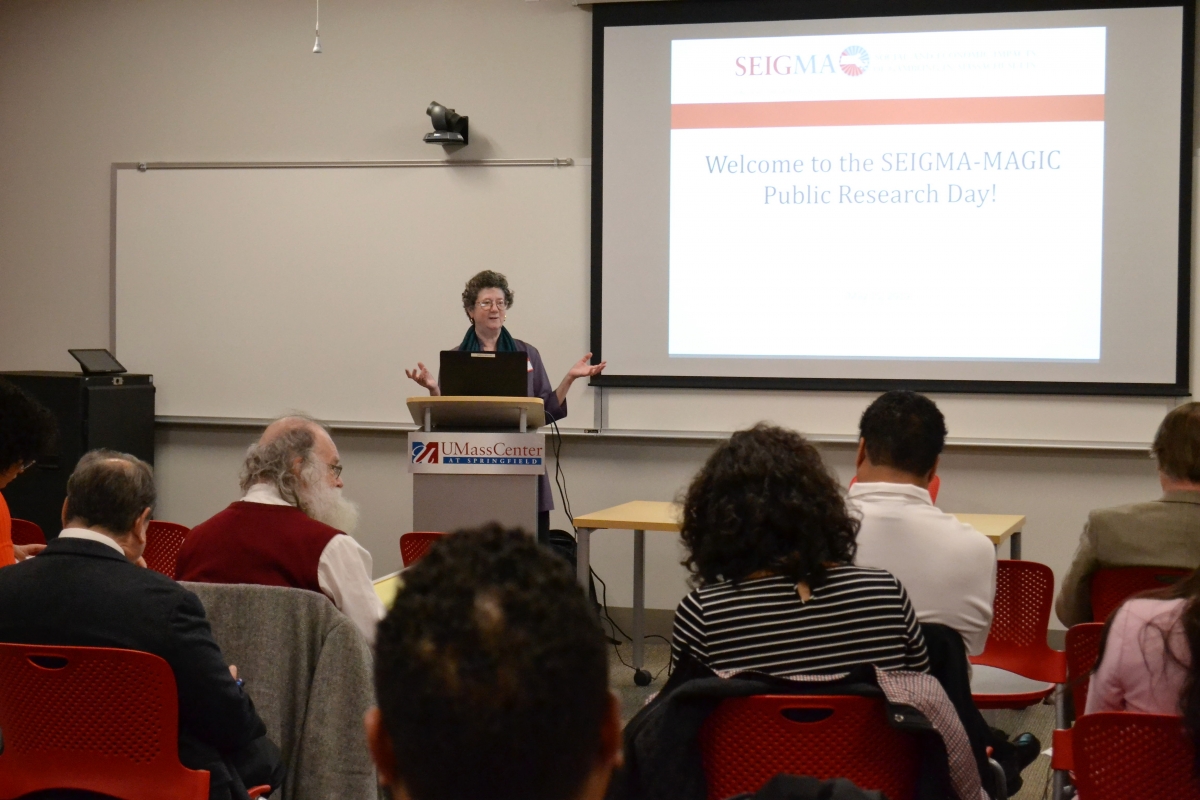 Nine months after MGM Springfield’s opening, the UMass research team gathered at the UMass Center at Springfield to present preliminary information about the social and economic impacts of the casino.

In 2013, the Massachusetts Gaming Commission engaged a research team at the University of Massachusetts Amherst to conduct a comprehensive, multi-year study of the Social and Economic Impacts of Gambling in Massachusetts (SEIGMA) to understand the impacts of expanded gaming in Massachusetts. The study established baselines for all social and economic variables that may be affected by expanded gaming, and the team now collects, analyzes, and reports each year to identify the actual impacts in the casino host and surrounding communities, providing key information to policymakers.

On May 15, more than 35 people, largely from the Springfield area, were on hand as the SEIGMA team showcased their latest analysis of Springfield and surrounding communities, including their work on the Massachusetts Gambling Impact Cohort (MAGIC) study. A poster session was also held to engage with community members concerning SEIGMA’s upcoming research efforts being conducted in Springfield to understand the impacts of hosting a casino. These posters can be accessed here.

Dr. Rachel Volberg, principal investigator on the two major studies, led the team’s sixth Public Research Day, with researchers presenting findings on the socio-economic characteristics and gambling behaviors of the casino host and surrounding communities in the state, gambling behaviors across Massachusetts, and future plans for the team’s research.

“I’ve lived here [in Massachusetts] for many years, and I love it. If I can help this state and my community through the research we conduct, then that’s a great place to start,” Volberg said. “There are not many places in the world that have set out from the very beginning to establish essentially a monitoring system to understand the impacts of expanded gambling within a jurisdiction and then use that information to try to minimize and mitigate those impacts to the best of our collective abilities.”

Information showed that Springfield has the largest population, along with the highest poverty and unemployment rates of the three host communities, and showed that the city has more at-risk and problem gamblers. The research team intends to further examine whether these indicators have changed since the opening of MGM Springfield in their next Targeted Population Survey of Springfield in the fall of 2019.

The study’s two other executive team members, Dr. Robert Williams from the University of Lethbridge and Dr. Mark Melnik from UMass Donahue Institute, were also on hand, explaining the team’s work and numerous data collection efforts being conducted as MGM Springfield nears the one-year anniversary of its opening.

“It’s the strongest team I’ve ever worked with,” Williams said. “I’ve been involved with many large-scale gambling projects over the last 25 years and the quality of this team is impressive as every single team member is an expert in their area.”

The SEIGMA study is believed to be the first of its kind in the world in terms of establishing a baseline prior to the development of casinos and its comprehensiveness.

“It’s rare to have an instance where an industry just appears, where it hadn’t been before. That’s exactly what we have here when we’re studying casinos in Massachusetts,” Melnik said. “The state itself had the forethought to say, ‘Hey, here’s an industry that’s controversial. People are excited about it because of what it may mean for job creation. On the other hand, they’re also concerned about some of the social problems that may come. How can we track this and better understand it?’”

May’s Public Research Day in Springfield provided the UMass Amherst researchers the opportunity to get real feedback and questions about their preliminary information, helping to guide them for future reports and surveys.

“This was a new format for us,” Volberg said. “This is the first time we had the opportunity to move off campus and come to the community where the casino is actually operating. The goal is to provide information to people who will hopefully be able to use that information to help their community here in Springfield.”

“This is meaningful work,” Williams said. “We want to make sure the general public is aware of what we’re doing, what the findings are, and give us feedback in terms of what they would like studied. It’s more interactive, to get the message out, and elicit feedback.”

Volberg and the team looked ahead towards their future plans with their research, with all three of the team’s executive researchers confident in their team members’ abilities to have a positive impact on understanding the social and economic impacts of expanded gambling in the state.

·         A Springfield Targeted Population Survey with a health equity focus in the fall of 2019 to understand how gambling behaviors and the health of the community may have changed since the opening of MGM Springfield.

·         Completion of the second wave of the MGM Springfield Patron and License Plate Survey to understand the social and economic characteristics of the patronage in August 2019.

·         Continuing Key Informant interviews in Springfield to uncover how different interest groups are experiencing the impacts of MGM Springfield.

·         A report on employment and job quality at MGM Springfield.